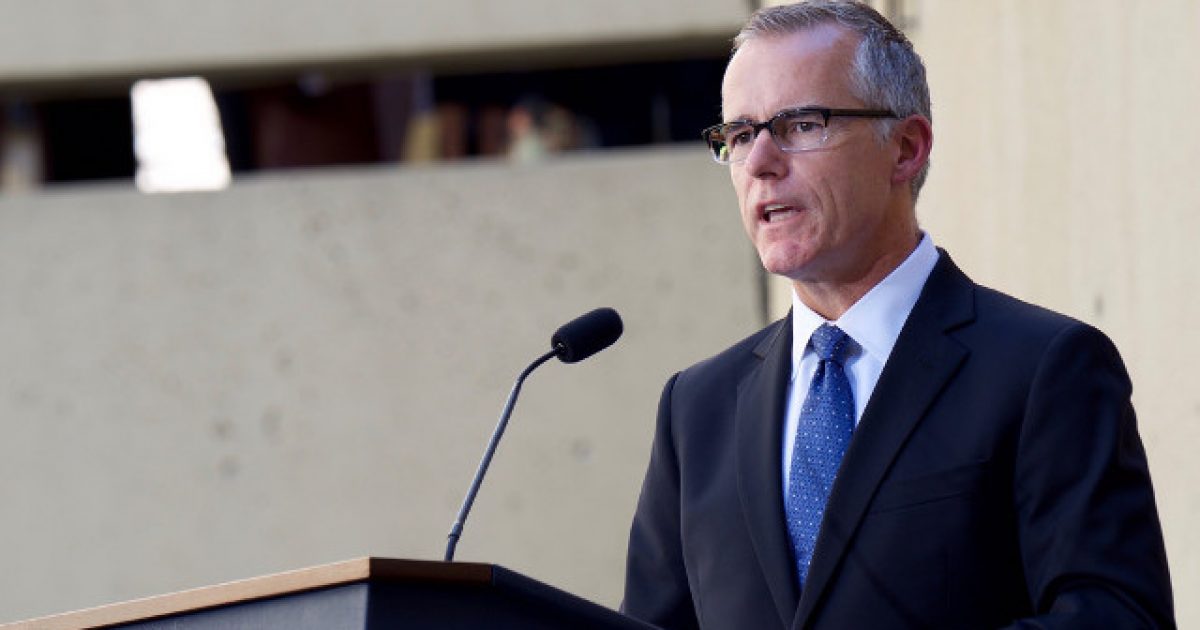 Former acting FBI Director Andrew McCabe recently sat down and spoke with CBS news, stating that the Department of Justice discussed whether or not there was enough support within President Trump’s Cabinet, including that of Vice President Mike Pence, to invoke the 25th Amendment and have the president booted from office.

Is this not some of the most dirty, underhanded political sabotage ever? Pretty close at least. It’s downright shameful.

He also admitted that he ordered an obstruction of justice investigation into Trump in order to keep the Russia investigation alive after Trump fired former FBI Director James Comey.

McCabe was fired on March 16 by then-Attorney General Jeff Sessions.

In a preview clip that ran on Thursday’s edition of “CBS This Morning,” McCabe told CBS “60 Minutes” host Scott Pelley that the idea that somehow Trump colluded with Russia “was something that troubled me greatly.” He said the day after he met with Trump, he told the team investigating possible collusion between the Trump campaign and Russia to try to figure out what their next steps should be in order to keep the investigation going.

I was very concerned that I was able to put the Russia case on absolutely solid ground in an indelible fashion that, were I removed quickly or reassigned or fired, that the case could not be closed or vanish in the night without a trace. I wanted to make sure that our case was on solid ground and if somebody came in behind me and closed it and tried to walk away from it, they would not be able to do that without creating a record of why they made that decision.

Although it wasn’t included in the clip, Pelley told the “CBS This Morning” panel that McCabe had told him, “There were meetings at the Justice Department at which it was discussed whether the vice president and a majority of the Cabinet could be brought together to remove the president of the United States under the 25th Amendment.”

Pelley clarified that the DOJ had not specifically asked Cabinet members whether or not they would support such an endeavor, but “they were speculating, this person would be with us. That person would not be, and they were counting noses in that effort.”

What is the reason, really, that folks on the left — inside and outside the government — hate Trump so much? It can’t be his policies because much of what he holds to is pretty standard fare in the GOP. Heck, even some liberal Democrats hold some of the same positions.

So what’s going on?

It comes down to two things. One, they are really angry over Hillary losing, which they thought was never ever going to happen. Second, they are unhappy because Trump actually works toward accomplishing the goals he set for his administration. In other words, he’s not just all talk. He’s actually trying to accomplish his agenda.

And so far, what he’s got done, has been great for the country. That just irritates the snot out of these folks. So much so they’d plot and sneak, and sabotage to get rid of him.

What they are actually doing is improving his chances of getting reelected in 2020.