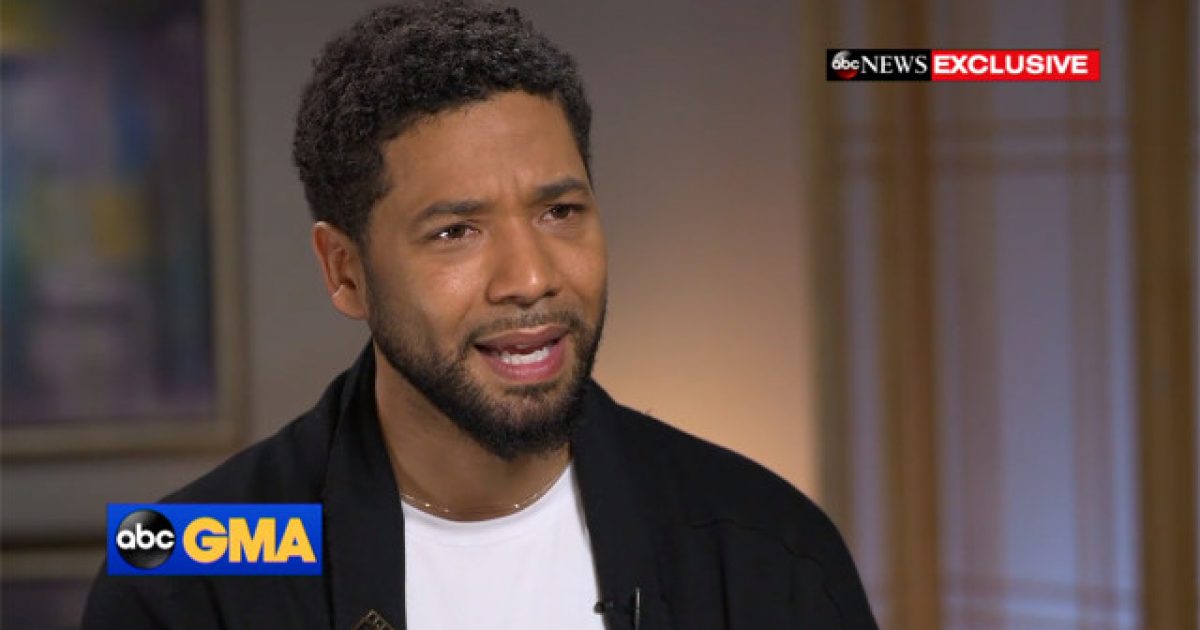 The cast of the hit Fox show “Empire” is not at all pleased that actor Jussie Smollett is back on set after being charged with orchestrating fake hate crimes against himself, as several folks working on the show are demanding he be fired or quit for his actions.

So yeah. This is what it means to reap what you sow. His pitiful and pathetic decision to fabricate these attacks may cost him everything. Congratulations.

“We’re told many of the ‘Empire’ actors are ‘f**king furious’ and feel if FOX honchos don’t fire Jussie, he should quit on his own … because he doesn’t deserve a spot on the hit show,” the outlet reports. “The feelings of animosity stem from the fact everyone on set had Jussie’s back after the ‘attack,’ but in light of the new evidence police have laid out … many of them feel hurt and embarrassed.”

Smollett’s continued presence on the show, sources say, have cast members worried that the reputation of the show will be irredeemably damaged. “We’re told arguments have erupted over how best to handle the situation,” TMZ reports. Some of his fellow cast members, TMZ notes, are still expressing belief in him, refusing to accept that he may be lying. TMZ also reports that Smollett has changed his phone number “because certain pissed off cast members were blowing up his phone.”

The report follows another report by the outlet about Smollett’s controversial return to the show Thursday after being released on $100,000 bond. TMZ reported that the star showed up about 30 minutes late for the shoot surrounded by his family members.

“I’m sorry I’ve put you all through this and not answered any calls,” a “very emotional” Smollett reportedly told his fellow cast members. “I wanted to say I’m sorry and, you know me, I would never do this to any of you, you are my family. I swear to God, I did not do this.”

Early Thursday morning, Smollett surrendered himself to Chicago Police after being charged with a Class 4 felony for allegedly staging the fake hate crime against himself and reporting it to police. The charge, one count of felonious disorderly conduct for filing a false police report, carries a potential one- to three-year prison term. Federal investigators are also looking into the claim that he sent a threatening letter to himself, which could be mail fraud.

The police don’t charge you for this sort of thing without having hard evidence to back it up, so yeah, this guy needs to drop the charade and confess that he made it all up.

If he wants to salvage any sort of future career in the entertainment industry, he needs to man up and take full responsibility for what he did. Confess and repent.

It’s not just good for the soul, but good for career aspirations as well.