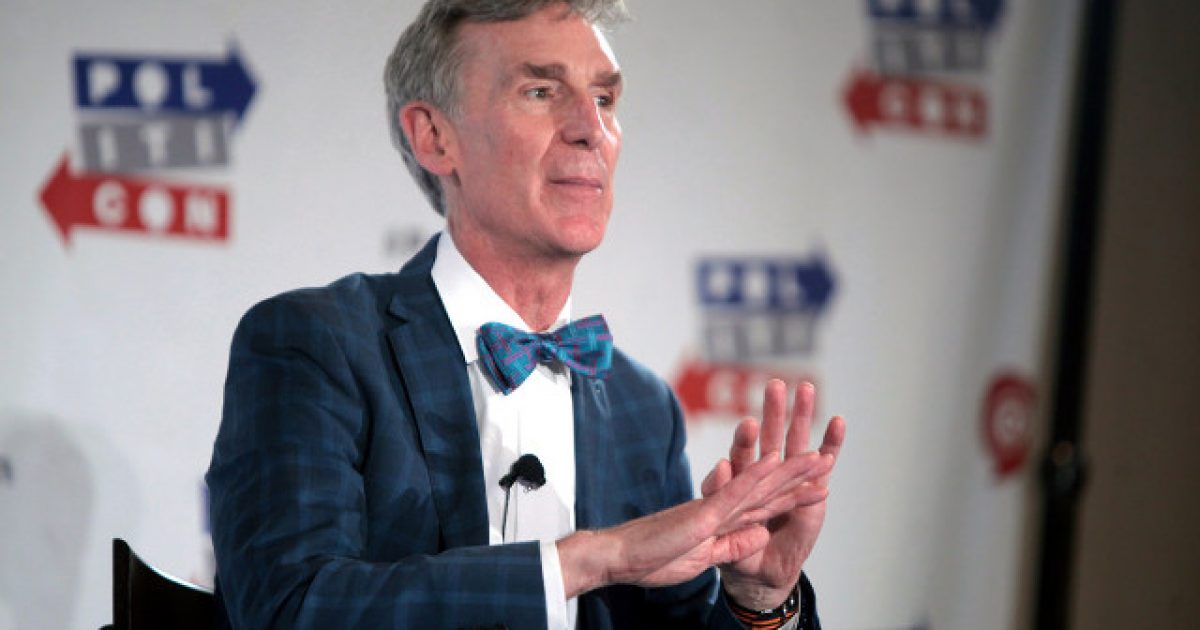 Bill Nye “the Science Guy” is back at it again, going shrill as shrill can be over the issue of climate change, stating that things are going to get so bad America will have to grow food in Canada.

Chicken Little ain’t got nothing on this guy.

“The agriculture in North America is going to have to move north into what would nominally be Canada and we don’t have the infrastructure,” Nye told MSNBC host Chris Matthews Tuesday night.

“We don’t have the railroads and roads to get food from that area to where we need it around the world,” Nye warned.

“The agriculture is going to have to move north into what would normally be Canada and we don’t have the infrastructure, the roads and railroads to get food from that area to where we need it.” pic.twitter.com/aoazDTHu9N

Nye made his remarks as freezing temperatures descended over much of Canada and the U.S., bringing below-zero temperatures across the Midwest and Great Plains. When wind chill is factored in, it really feels like -53 degrees Fahrenheit to Minnesota residents.

In Chicago, the temperature hit -22 degrees Wednesday morning, with a wind chill of -47 degrees. Officials are warning residents to stay indoors and avoid the dangerous cold.

Nye also told Matthews rural Americans have been “hoodwinked” into believing getting rid of fossil fuels would hurt the economy.

“I claim that the people in rural areas are affected perhaps even more than people in urban areas, and they’ve been hoodwinked,” Nye said. “They’ve been led astray by this group of like-minded people who feel that the economic effects of getting away from fossil fuels are going to be catastrophic, but that is just simply not true.”

You know, the thing about Bill Nye is that he’s not a legitimate “science guy.” He has no science degree, meaning he’s simply an amateur at all of this, not a truly qualified individual who has put in a significant amount of properly observed time studying and testing theories related to this subject.

He’s a science pundit. Nothing more. That being said, no one should take anything he says as absolute fact, but with a huge grain of salt.

What we need to remember is that, while the subject of climate change has not been 100 percent conclusive that mankind plays any sort of role in it, God, the Creator of the planet, does command His people to be good stewards of the creation He made.

This means we don’t litter and dump chemicals in rivers and lakes. We take care of animals, which includes hunting as a form of conservation. We should be cautious about letting chemicals into the atmosphere.

However, our investigations into these matters need to be tempered with reason, not emotional pleas.