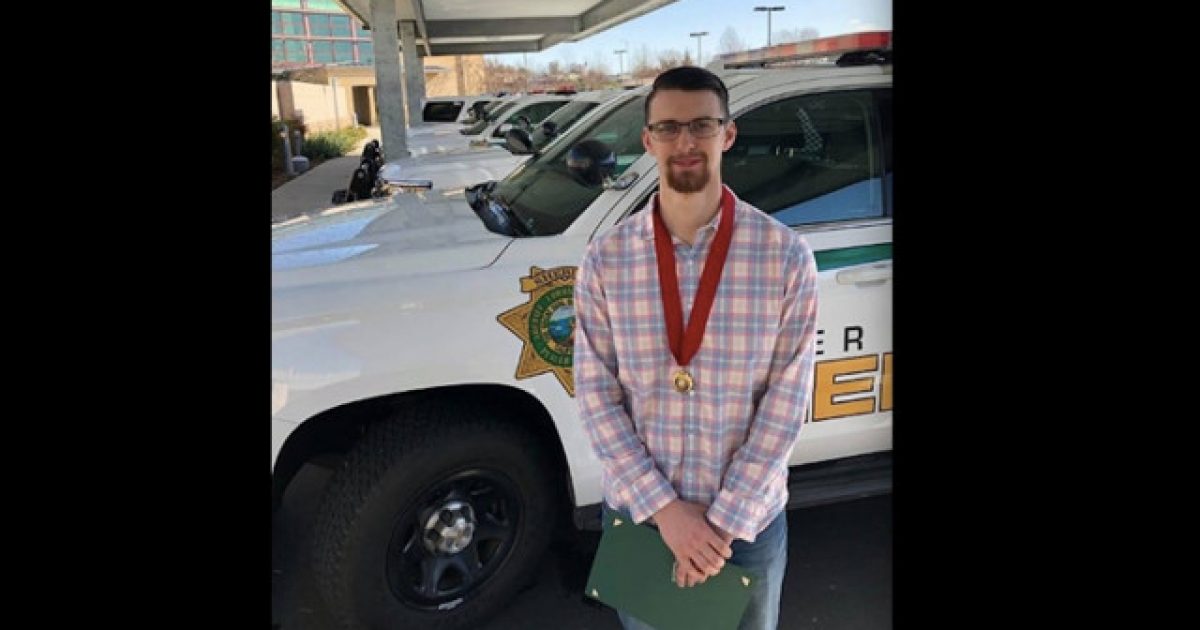 A security guard employed by Best Buy was booted from the company after tackling a wanted man in the parking lot of the store, a move the company frowned greatly upon.

However, after receiving massive amounts of well deserved backlash, Best Buy walked back their termination decision, saying they “had reason to take another look at what happened.”

Unfortunately for them, it looks like they might be too late to get this extraordinary man back on their payroll.

Because your former security guard, Tyler Metildi, is now testing to become a deputy trainee for the very sheriff’s department he helped on the night of Jan. 11.

The Placer County (California) Deputy Sheriff’s Association posted the news on its Facebook page, noting that Metildi’s “quick thinking and courage … aided in the apprehension of a felony suspect.”

“Tyler is a U.S. Army Veteran that served with the 10th Mountain Division in Afghanistan in 2014,” the post also said. “Tyler was an 11B Infantryman and still lives his military virtues as we see here.”

The sheriff’s office on Monday also honored the 26-year-old for his actions with the Citizen’s Medal of Merit for “choosing to act” instead of remaining a bystander during the incident, the Press Tribune said.

#NEW: A security guard at Best Buy is seen in surveillance – tackling a suspect who punched a deputy while resisting arrest at this Roseville shopping center. The man was later arrested – but the security guard was fired for violating company policy. @FOX40 pic.twitter.com/U3SHsz9Zbj

Our country and law enforcement agencies need more men like this in their ranks.

It’s tragic that in our day and age, a man who opts to bravely do the right thing to protect others gets punished for his actions. Something like that is what breeds apathy among citizens.

What’s the point of intervening and doing the right thing if you’re going to be punished for it?

Thankfully, this story has worked out for the hero and has provided him with an opportunity to make his passion his vocation. And the world will be a safer place for it.