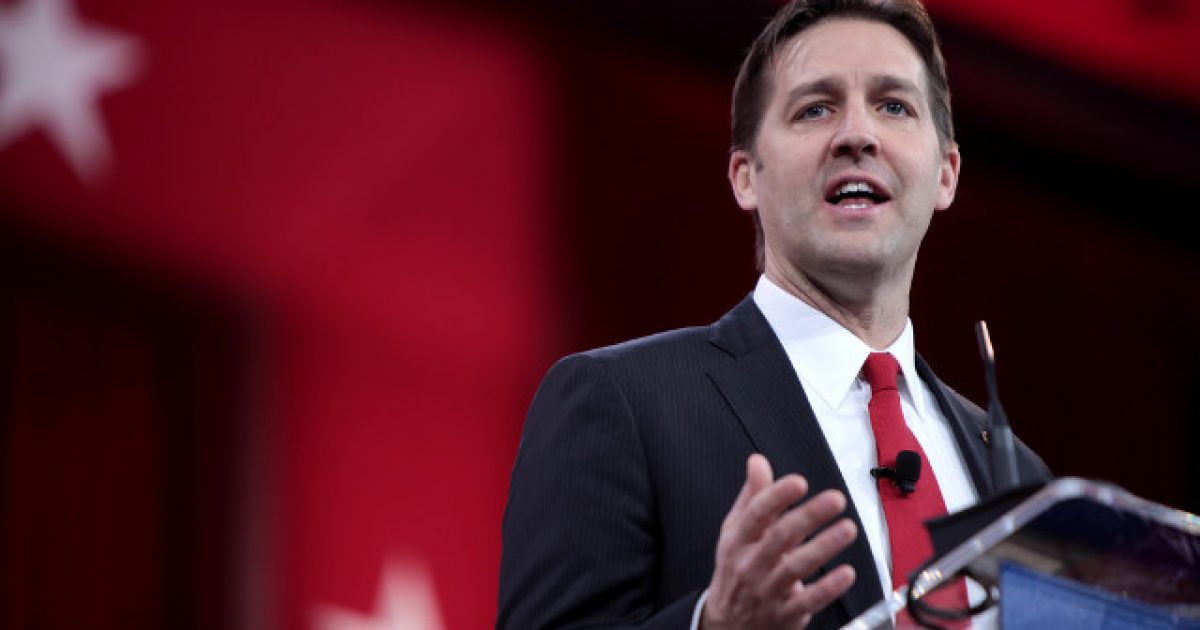 Sen. Ben Sasse is not a man who is afraid to stand up for what he knows is right, a character trait that is desperately needed in those who are going to fight for liberty, truth, and justice in the belly of the beast i.e., Congress.

On Thursday, Sasse took on the entire Senate, stating that come Monday, he was going to ask all 100 senators to come to the floor and take a stand against infanticide.

This, of course, is in reference to the slew of abortion bills going out in various states where late-term abortions — including during actual birth — are being legalized.

As Alexandra DeSanctis reports at National Review, Sasse “announced that he is starting a dual-track process for the Senate to consider his legislation, the Born-Alive Abortion Survivors Protection Act, in light of Virginia governor Ralph Northam’s recent comments about late-term abortion legislation in his state. Sasse is using the Rule 14 process to expedite consideration of the bill, as well as calling for a vote to pass the bill under unanimous consent on the Senate floor next week.”

Sasse quoted the incendiary comments made this week by Virginia Gov. Ralph Northam, who intimated that even if a baby is born alive, a mother in his state could still opt to let the baby die. Sasse pointed out that Northam, despite huge outrage precipitated by his remarks, doubled down on Thursday.

As The Daily Wire reported, when Northam was asked whether he regretted what he had said or the way he said it, Northam answered, “No, I don’t. And you know, um, Allen I appreciate the question, I’m a physician, uh, I’m also the governor. Um, but when I’m asked questions a lot of times it is put into context of being a physician. Uh, again, realizing, you know, how we, uh, approach, how we manage patients, we offer advice and counseling. So no, I don’t have any regrets.”

Northam added, “But I, I do find uh, you know that how, uh, my comments, uh, I, I did answer that question. I, I regret that those comments mischaracterized. Uh, the personal uh, insults toward me I really find disgusting. So I, I again as I said in my comments earlier, you know we can agree to disagree, Allen. But let’s be civil about it.”

The legislation that Sasse is proposing would penalize any physicians who didn’t offer care for an infant born alive during an abortion, which those of us who understand the sanctity of life, see this as simply being a basic act of human goodness and kindness.

How sad is it that in 2019, we’re seriously having a national debate about whether or not it is okay for us to murder babies? And not just early in their development, but during the actual birth process after full gestation.

We are a wicked, wicked nation if we allow such an activity to take place. If we cannot protect the right to life for the most defenseless citizens in our society, how can we possibly protect our other God-given rights from tyranny and persecution?

An immoral nation that kills it’s own children will experience God’s judgment. You can take that to the bank.