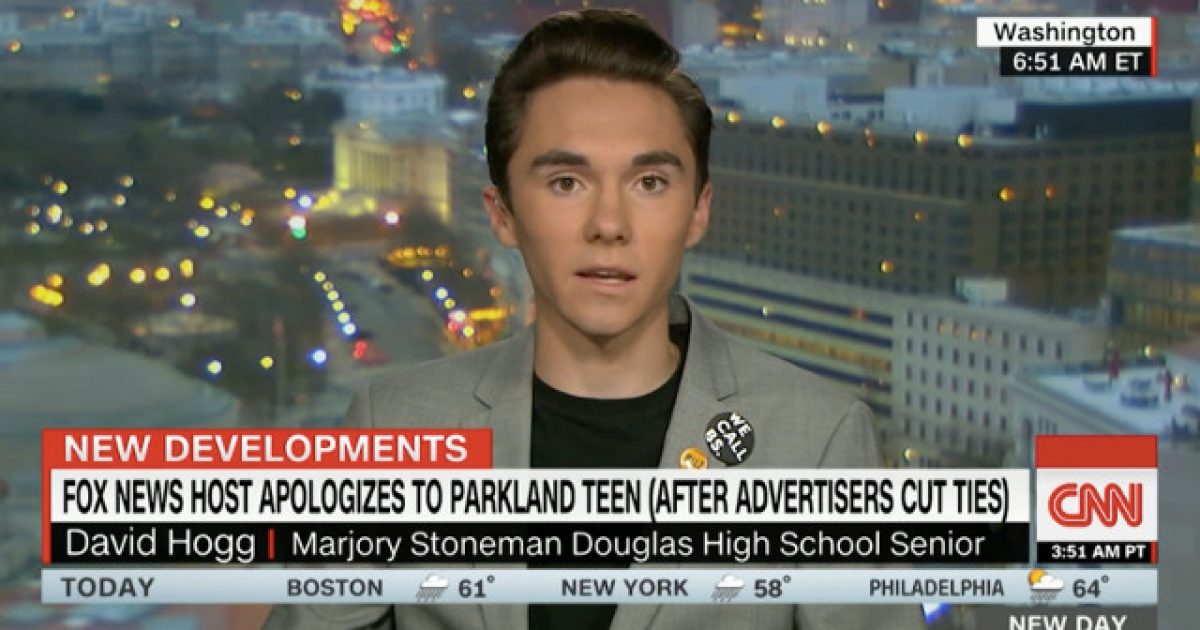 So it seems Parkland shooting survivor and extreme anti-gun advocate David Hogg is back in the news after once again making an absurd claim about firearms that clearly proves this guy has no clue what he’s talking about.

Hogg appeared on MSNBC on February 12, claiming that AR-15 rifles “have an effective range of over 1,500 meters.”

Well, the problem here is, they actually don’t.

Hogg made the claim while being interviewed by MSNBC’s Andrea Mitchell. “If you’re using a weapon with an effective range of over 1,500 meters, you are not defending yourself. You are hunting a human being,” Hogg said.

However, the maximum effective range of an AR-15 is between 400 and 600 meters, according to firearms experts.

The Department of Defense defines maximum effective range as “the maximum distance at which a weapon may be expected to be accurate and achieve the desired effect.”

“An AR-15 has a maximum effective range of 400 to 600 meters, about 1/3 of the 1,500 meters that Hogg claims. There are no adjustments or modifications that can be made to extend this range because the range is determined by the bullet,” John Lott, president of the Crime Prevention Research Center and author of “More Guns, Less Crime,” told The Daily Caller News Foundation in an email.

William Vizzard, a professor of criminal justice at California State University- Sacramento and former agent with the Bureau of Alcohol, Tobacco, Firearms and Explosives, agreed. “The vast majority of AR 15s are 223s, with a max range of about 600 meters, though under real world conditions more like 350. Even at that range a lot of skill is required for good accuracy,” he told TheDCNF in an email.

So where, exactly, did Hogg get his number from? According to a Twitter user, Jon Stokes, it’s possible it came from a simple Google search. If you type in “the effective range of ar-15” into Google, it comes up saying it’s 1,500 meters.

Again, this is completely inaccurate. Could this figure, promoted apparently by Google search, be an example of the leftist tech giant pushing an agenda? Maybe.

This 1500 meter effective range claim is absurd. Sadly, it’s quite clear where he got this bogus info: pic.twitter.com/AxxGzHcYqa

Google prominently displays “about 1,500 meters” when a user types “effective range of AR-15” into the search engine. The search result links to an article from Mic that explains how the AR-15 is a versatile rifle that can be fitted to chamber and fire different types of bullets. This includes larger caliber bullets, such as the .338 Lapua, which the article says has an effective range of about 1,500 meters.

However, firearm experts explained that the use of .338 rounds in an AR-15 is rare.

The main reason AR-15s have gotten a bad rap is because they have been used in a number of mass shootings, including the very one Hogg survived. However, the statistics show these firearms are not actually used in most mass shootings, school shootings, or in general gun crimes.