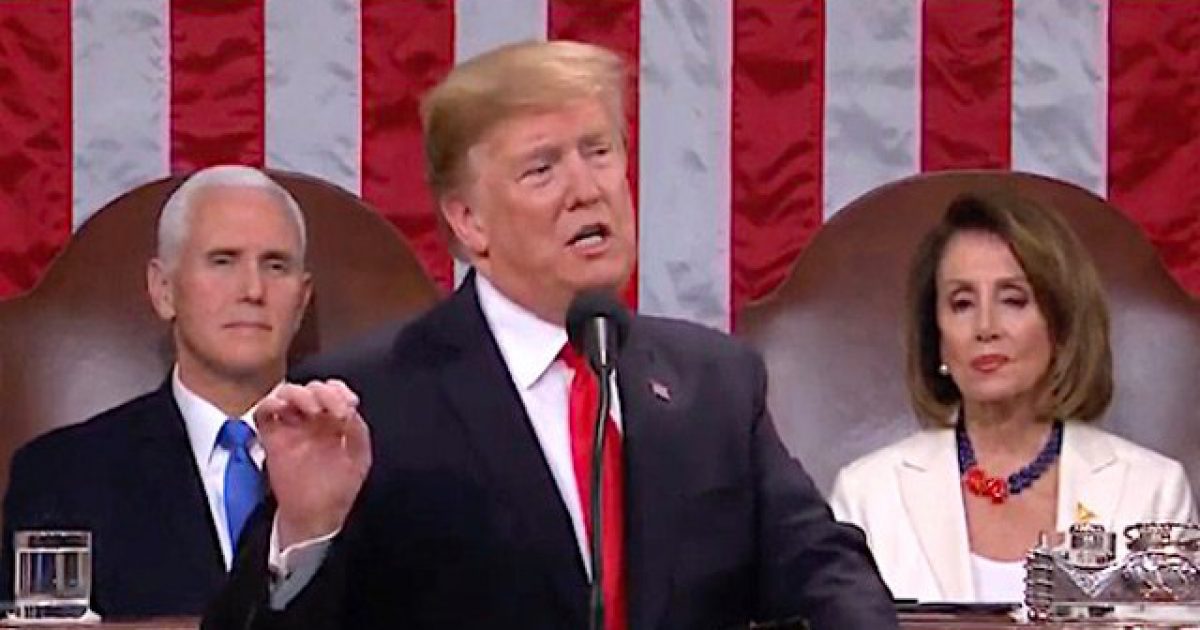 In what must surely be a disappointing shock for liberals all over the country, the overwhelming majority of Americans who tuned in to President Trump’s State of the Union speech were very pleased by what he had to say.

In fact, three out of four viewers approved of the speech, agreeing with Trump on big issues like immigration and foreign policy.

This, as you might imagine, left the mainstream media up in arms. Check out how they chose to report it all.

Both CNN and CBS News conducting their own surveys and found that more than three-quarters of viewers approved of Trump’s big speech — and both made sure to try to undercut the news.

In a moment reported by Grabien, CNN Political Director David Chalian broke the news to the left-leaning outlet’s’ viewers that 76% of those who watched Trump’s speech approved of it. As CBS News will also make a point of doing, Chalian began by underscoring that more Republicans watched the speech than Democrats.

After making sure to lead with that key point, Chalian finally got to the numbers: “But look at this. A very positive reaction from those who watched the speech tonight. 59% very positive. 17% somewhat positive. 23% negative. I want you to see that very positive number, how that compares to Donald Trump’s performances in the last couple of years when he has given a speech to a joint session of Congress like this. You’ll see that he was again at 59%. He was down at 48% very positive a year ago. Back when he first started the job and he addressed the Congress, he was at 57%. So he is back up. … This is a speech-watching audience that was more receptive this year than last year what they saw.”

Having publicly acknowledged something very positive for Trump, Chalian quickly found something negative to say about the speech. “Here’s the rub. Even this very favorable audience to Donald Trump does not believe his call for bipartisanship is going to meet with succes,” said Chalian. “Take a look. Will Donald Trump increase bipartisan cooperation? A majority of speech watchers, again, a heavily Republican audience, 53% say no. 39% say yes. So all that talk of bipartisanship seems to be being met by with the people who watch the speech by a healthy dose of skepticism …”

As is often the case in State of the Union addresses, the people who watched tonight’s speech leaned more towards the President’s own party. pic.twitter.com/MbHMTbRzf0

Just a third of viewers said what they heard in the speech made them think President Trump and Nancy Pelosi will work together more going forward. Most said there wouldn’t be much change.https://t.co/q98B3SPkGg pic.twitter.com/73VONYXQ5Z

CBS must really be smarting by the fact that 30 percent of Democrats admitted they actually agreed with the president on the big picture issues. This is a pretty significant number when you really think about it.

The real amazing figure is the independents. Wow. Trump seems to be a big hit for folks who like to think for themselves, examine evidence, and draw their own conclusions.

This, in all honesty, is how we all should be. No politician should become a cult figure, but rather an average American held accountable by other Americans.

Let’s hope we see more of that in the coming days and less of the rock star politics.