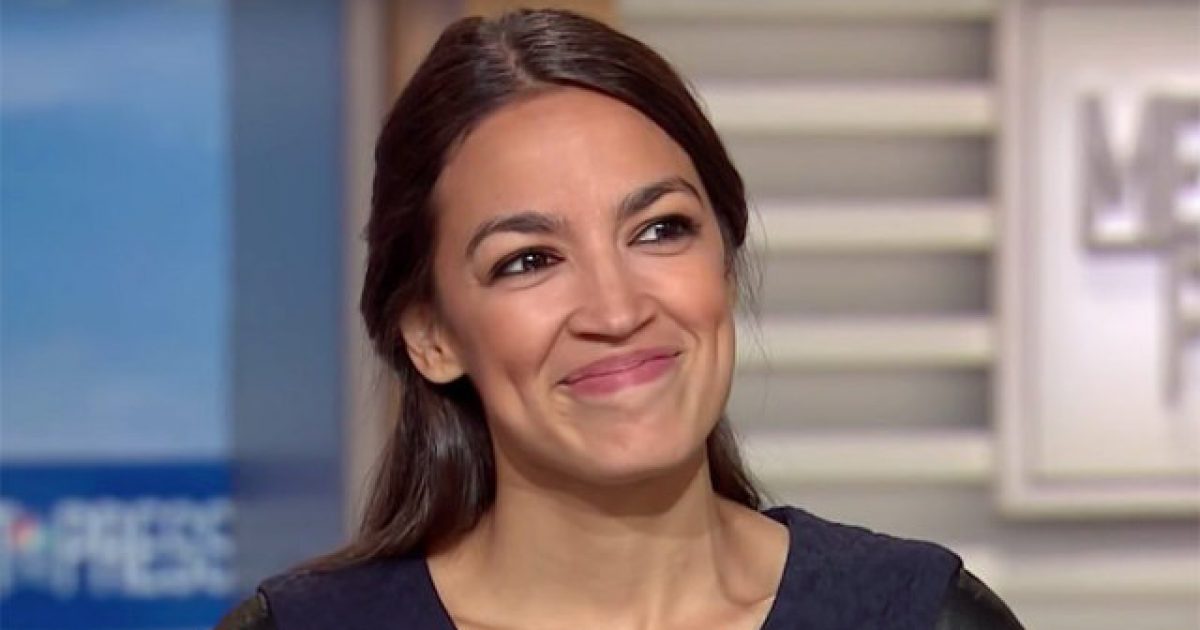 A company spokesman for Amazon, who is currently moving their headquarters out of New York, let loose with both barrels blazing, taking aim at everyone’s favorite Democratic socialist, Rep. Alexandria Ocasio-Cortez, for creating a hostile environment in which to do business.

This woman is a plague on humanity, folks. It’s time to accept it.

“If you talk to Alexandria Ocasio-Cortez, it’s ‘Never Amazon,'” Jodi Seth, the head of policy communications for Amazon, told NBC News in an interview on Thursday. “If you talk to [New York City Councilman Jimmy] Van Bramer, it’s unions.”

Seth added that “it wasn’t any one incident” that drove the Seattle-based tech giant to its decision, adding that the virulent political discourse that occurred over the past three months was what led to the decision. “It was that the environment over the course of the past three months had not got any better. There were some local and state elected officials who refused to meet with Amazon and criticized us day in and day out about the plan,” she said in the interview.

Seth, who has been at Amazon since October 2017 according to her LinkedIn profile, said the company did not know whether the “deal would be approved until a year from now,” but said it was “pretty confident” in the approval, mentioning that New York Gov. Andrew Cuomo “was working hard to make it happen, but looking at the opposition and the timeline we decided we don’t want to work in this environment in the long term.”

“[A] small group [of] politicians put their own narrow political interests above their community – which poll after poll showed overwhelmingly supported bringing Amazon to Long Island City – the state’s economic future and the best interests of the people of this state,” Cuomo said publicly. “The New York State Senate has done tremendous damage. They should be held accountable for this lost economic opportunity.”

Upon hearing the news, Ocasio-Cortez, who has an undergraduate degree in international relations and economics, cheered Amazon’s decision.

Anything is possible: today was the day a group of dedicated, everyday New Yorkers & their neighbors defeated Amazon’s corporate greed, its worker exploitation, and the power of the richest man in the world. https://t.co/nyvm5vtH9k

Ocasio-Cortez’s reaction led to significant blowback on social media from prominent businessmen and economists across the political spectrum. The lost jobs would have paid on average $150,000 per year.

Amazon’s jobs and investment will go to different Congressional districts, their greed undiminished.

Not the way to represent your constituents. https://t.co/hMSeo3R2tp

After killing Amazon’s NYC HQ, not sure some progressive democrats deserve either title. This move was both anti-progress (negative for development and tech jobs) and anti-democratic (polls show 70% of NYers were in favor). Victory lap for them, not for NYC. #AmazonHQ2

Yes, except there IS a “bad guy” here. The NYC politicians who apparently don’t understand how tax subsidies work. (NYC would not have “paid Amazon $3B.” We would have collected gigantic pots of tax revenue, as well as the spending power of 25,000 well-employed people.) https://t.co/Xz8J33HQ5k

I hope that the same group of dedicated NYers will work with our tech sector to find a consolation prize for LIC and the kids who are growing up in NYC, being taught STEM skills in our public schools, and want good jobs that excite them and give them a path to better lives.

Amazon, which currently employs 8,000 people in the state, according to NBC, said it would disperse the 25,000 jobs throughout its 17 corporate offices and tech hubs in the U.S. and Canada, including some in New York. However, Seth added that Amazon does not intend to re-open talks with New York lawmakers and does not intend to find another headquarters for the jobs.

While it seems like low-hanging fruit to make fun of this girl, it’s important that we not underestimate her. Sure, some of the things she says and does are wacky and immature, completely devoid of common sense, but that’s what makes her such a threat.

She’s super idealistic and does not care at all about the consequences that could result from the implementation of her socialist worldview.

Look what she cost New York in this case. Obviously this gal is a wrecking ball. Conservatives really need to keep an eye on her and not just write her off as a doofus.

She may very well be a doofus, but there’s the possibility she’s also some sort of twisted evil genius too.