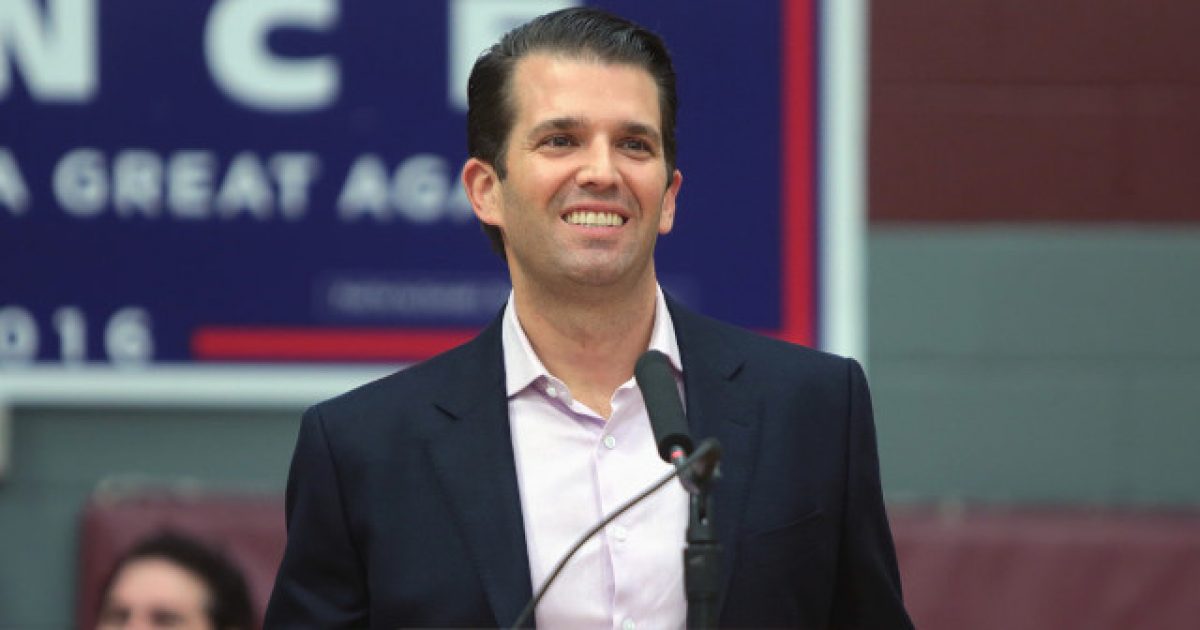 President Trump’s son, Donald Trump Jr., is seemingly building his social media presence around taking ridiculous things said by raging leftists and shredding them to pieces, much to the delight of his majority conservative fan base.

His latest target is actor Alec Baldwin, who took to Twitter to whine about his fear that the president’s response to being satirized by him on SNL would lead to threats against him and his family.

Trump Jr. tweeted, “The guy that punches people in the face over a parking spot, has aggressively harassed paparazzi, and humiliated his daughter berating her over the phone eye etc is worried about a tweet that doesn’t even mention him? Okay. Spare everyone your bulls*** Alec!”

The guy that punches people in the face over a parking spot, has aggressively harassed paparazzi, and humiliated his daughter berating her over the phone eye etc is worried about a tweet that doesn’t even mention him? Okay????

Spare everyone your bullshit Alec! https://t.co/l0E8GN9UKk

Trump Jr. added, “Oh, Don’t forget the homophobic slurs… this clown is such a mess it’s hard to keep track.”

Oh, Don’t forget the homophobic slurs… this clown is such a mess it’s hard to keep track. https://t.co/zZraVRsnb2

I wonder if a sitting President exhorting his followers that my role in a TV comedy qualifies me as an enemy of the people constitutes a threat to my safety and that of my family?

What triggered Baldwin? These tweets by the president:

Nothing funny about tired Saturday Night Live on Fake News NBC! Question is, how do the Networks get away with these total Republican hit jobs without retribution? Likewise for many other shows? Very unfair and should be looked into. This is the real Collusion!

THE RIGGED AND CORRUPT MEDIA IS THE ENEMY OF THE PEOPLE!

It seems to me that Baldwin is desperate to cling to the spotlight for any reason at all, and, like many other celebrities, has realized that President Trump is a gold mine for them, so they’re taking full advantage of his time in office to boost their sagging careers.

In the case of Baldwin, he’s been irrelevant on the Hollywood scene for decades, so he’s fighting to stay noticed tooth and nail. What’s sad is that his Trump impression is pretty awful. Lots of others have done much, much better.