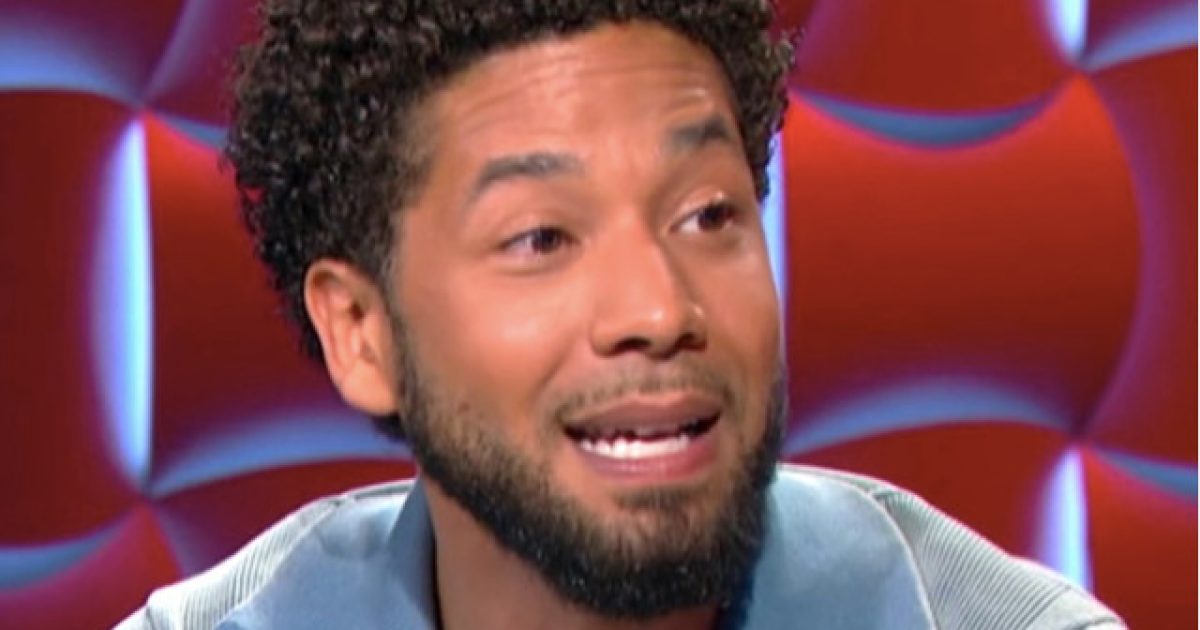 Empire star Jussie Smollett who is facing felony charges for falsifying a police report, has released a statement about the incident and rather than taking responsibility for his own actions, he’s laying the blame for the whole thing on a mayoral race in Chicago, claiming he’s being unfairly treated by local police and law enforcement officials.

Probably not the best legal strategy right now, but hey, this guy isn’t known for his wisdom.

“Today we witnessed an organized law enforcement spectacle that has no place in the American legal system,” the statement read.

“The presumption of innocence, a bedrock in the search for justice, was trampled upon at the expense of Mr. Smollett and notably, on the eve of a Mayoral election,” the statement continued.

“Mr. Smollett is a young man of impeccable character and integrity who fiercely and solemnly maintains his innocence and feels betrayed by a system that apparently wants to skip due process and proceed directly to sentencing,” it concluded.

Smollett appeared in court Thursday on felony charges that he filed a false police report in a case that has been debated nationwide for weeks. He has denied accusations that he was involved in orchestrating the attack he reported since the beginning.

Smollett is being charged with felony disorderly conduct and could face up to three years in prison for orchestrating the hoax.

The question now is, was all of this worth it? The smart answer, of course, is no. Some say the reason Smollett took this course of action is because he wanted a raise and thought this would help him get it.

That might be true, but it’s impossible to overlook the political implications involved here. He purposefully wanted to paint up Trump supporters as racists to make his story more believable. That nonsense is what is further dividing folks along racial lines and political affiliation.

Smollett should be ashamed of the further damage he has done to his country.