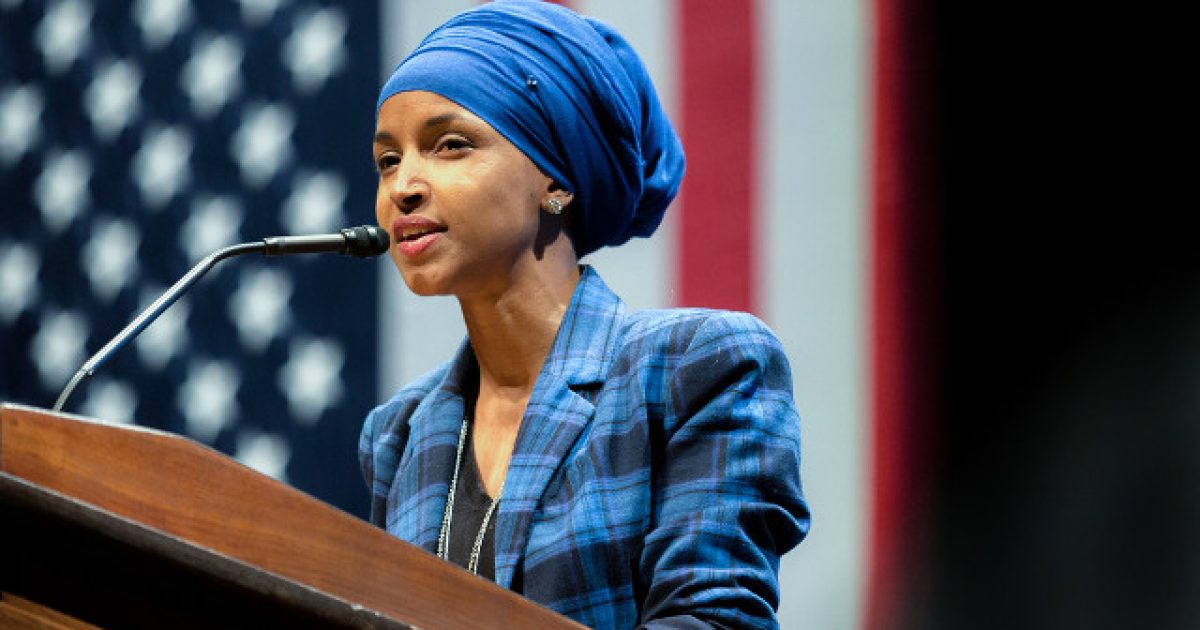 Speaker of the House Nancy Pelosi has appointed Rep. Ilhan Omar, an individual who is staunchly anti-Israel, to the House Foreign Affairs Committee.

Seeing as how Israel is one of our best allies in the Middle East and plays a pivotal role in helping us combat radical Islamic terrorism, this is a really poor move.

“I would love to know what changed because Democratic leaders just promoted a pro-BDS Democrat to a key committee that deals with the State of Israel,” said House Minority Leader Kevin McCarthy (R-Calif.). “Antisemitism has no place in Congress and certainly not on the House Foreign Affairs Committee.”

House Republican Conference Chair Rep. Liz Cheney (R-Wyo.) labeled Pelosi’s choice “shameful” and called on her to reverse the appointment, which was made on Jan. 17.

“This really cuts against Democrats claiming that she and [Michigan Rep. Rashida] Tlaib are just freshmen, and don’t have any real power in the party. Democratic leadership just chose to put an antisemite on the all-important committee rather than take a stand against her abhorrent views,” RJC spokesperson Neil Strauss told JNS. “It is despicable that Democrats are so afraid to upset their far-left base that they no longer are willing to oppose antisemitism.”

In a CNN interview that aired Wednesday night, Omar defended her record on Israel, including the “hypnotized” tweet: “Those unfortunate words were the only words I could think about expressing at that moment.”

She added, “What is really important to me is that people recognize that there is a difference between criticizing a military action by a government that has exercised really oppressive policies and being offensive or attacking to particular people of faith.”

Nice attempt at spin, but no one with a fully formed and functioning brain cell would ever believe this woman isn’t spewing anti-Semitic sentiment. It’s clear she’s got an ax to grind against Israel.

What’s so infuriating about the left is that they are allowed to toss out criticisms like the one by Omar and it’s no big deal. However, if the right does something similar, they’re racists. It’s enough to drive you crazy.