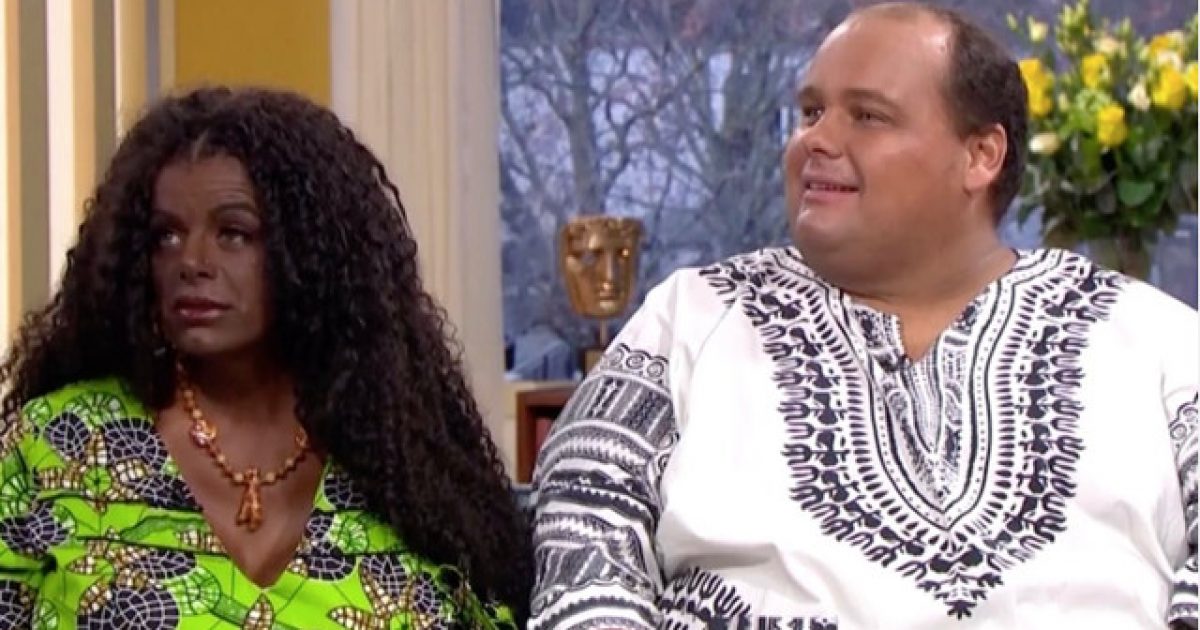 A white couple who recently tied the knot say they identify as black and have stated that when they have biological children they will be born with black skin.

This is taking liberal lunacy to a whole new level that you probably never would’ve dreamed was possible just twenty years ago. My, how things have changed.

Martina Big said on the show Monday that her doctors have assured her that she would give birth to a black child after undergoing her transformation from a white woman to an African woman, Daily Mail reported.

“Yep, they said they will be black,” Big responded when asked whether or not it was true that doctors had told her that her future children would be born black.

Show host Holly Willoughby told the couple she couldn’t understand how this could be genetically possible and asked if they would still feel close to their baby if it’s born white.

“No, if it’s it a mix of Michael and me,” Big responded. ‘I’m pretty sure it will be black or if it is milk chocolate or a little bit lighter it doesn’t matter.”

This, ladies and gentlemen, is what mental illness looks like.

The formerly white-skinned woman has gone through a plethora of plastic surgeries, which includes a nose job, liposuction, and lip fillers, all to help her transform into an “African woman.”

Last year, Big made her way to Africa and went through a ceremony to be “baptized” into a “real” African woman.

This was actually facilitated by a so-called pastor at a church. Doesn’t this just make your head hurt?

So, this bunch of coconuts here presents quite the conundrum for the left, doesn’t it?

On the one hand, they claim that people can self-identify as pretty much anything they want, including black. On the other hand, this woman is indulging in the most egregious and weird case of black face ever in the history of the world.

They can’t condemn her for it because then they look like hypocrites due to their support of the transgender movement and the transitions folks go through on that front. However, if they don’t condemn her, they run the risk of looking like they are condoning racism.

Here’s the bottom line. If Big was born white, she’s white. Her perception of herself as black is a form of mental illness that needs to be treated before it completely destroys her life.