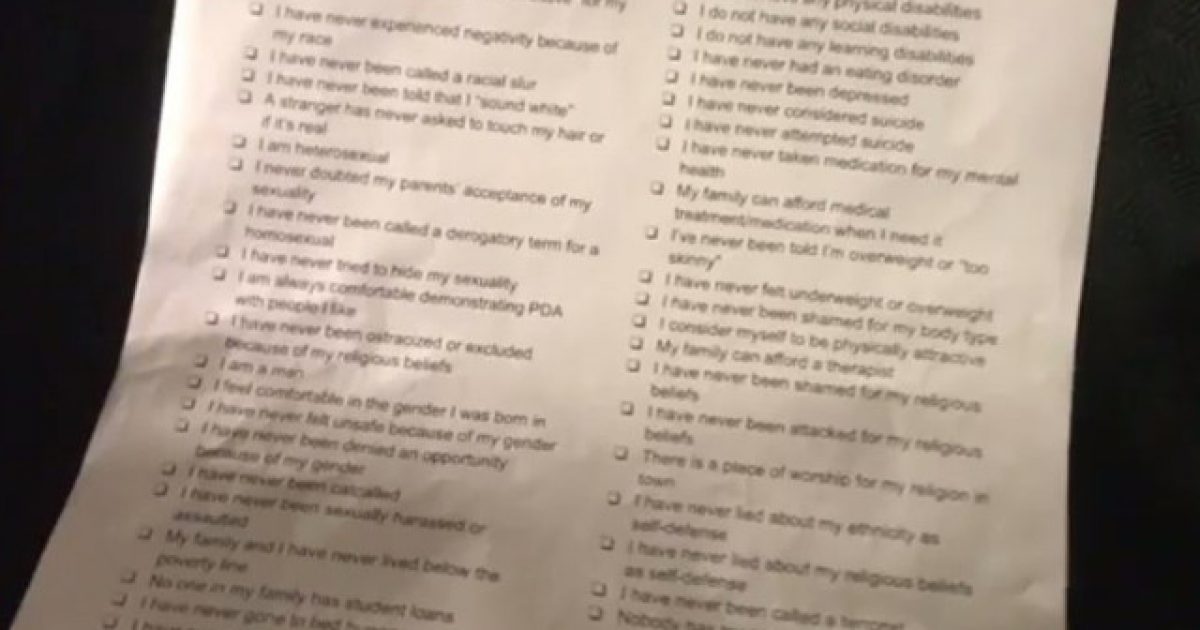 The term “privilege” has become a buzzword for the modern day liberal movement, who seem to think everyone except for minorities has some sort of magical, cultural force living inside them that enables them to have an easy, breezy life.

The latest example of this left-wing madness is a “privilege test” that was given to 150 eighth-grade students who attend a Wisconsin public school back in December. The test consisted of 55 different statements that participants were required to check off.

Teachers at Badger Middle School in West Bend wanted to start a conversation about privilege after students read the classic book “To Kill a Mockingbird,” which deals with racism in the Jim Crow South, the district told WITI-TV.

“For a lot of children, they don’t even understand what most of it means,” Kim Goldman told WITI, noting that her seventh-grade daughter didn’t receive the test but knows all about it because of the controversy at the school.

If you still aren’t convinced, with all of the news stories you’ve seen about this sort of wackiness being force fed into your kid’s brain, that public schools are nothing more than indoctrination centers, you’re probably indoctrinated yourself.

The left is ensuring their agenda carries on and resists being dismantled by future generations by molding and shaping their thinking, exerting a greater amount of influence and pressure on them to conform to their set of norms than what parents are able to combat.

If we want to save America, we have to start with our kids and the public school system.