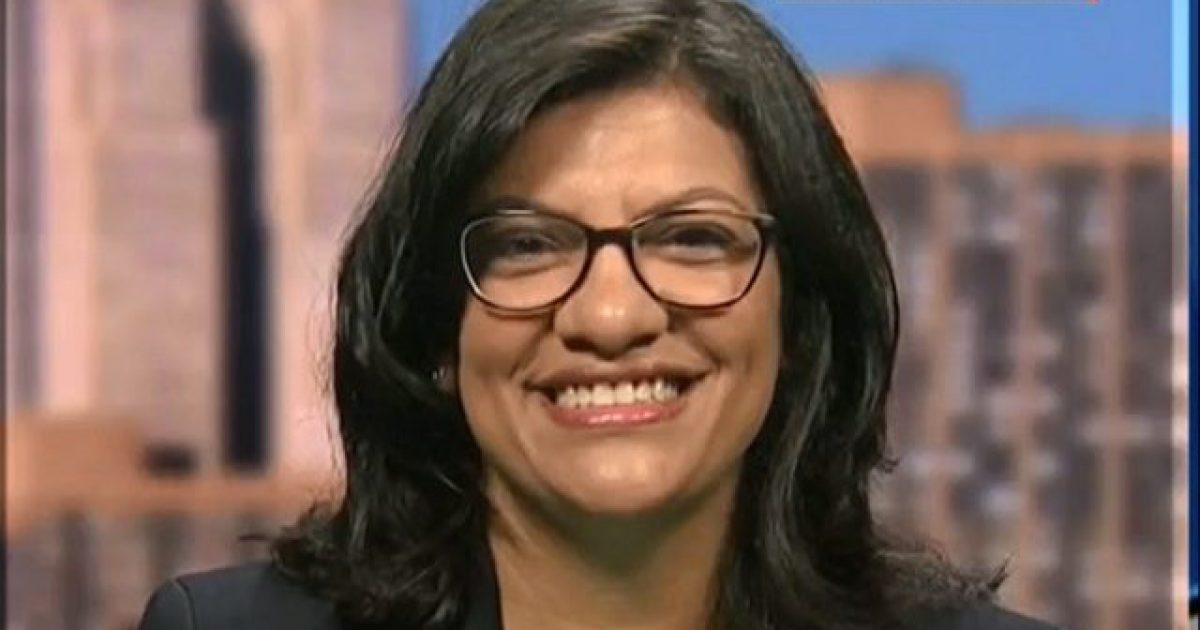 A new report is saying that Democratic Congresswoman Rashida Tlaib, a woman who come increasingly under fire for anti-Semitic rhetoric, belongs to a group whose founder shared a video stating that Jews are “satanic.”

That’s not disturbing or anything, right?

As Peter Hasson of The Daily Caller reports, the Facebook group that Tlaib joined in February 2018, the “Palestinian American Congress,” frequently demonizes Jews, and its Palestinian founder, Maher Abdel-qader, raised substantial funds for Tlaib for her congressional campaign as well as organizing some of her campaign events.

Claims of Abdel-qader’s virulent anti-Semitism are buttressed by various facts: he reportedly shared on his Facebook page and on the page of the “Palestinian American Congress” an anti-Semitic video that claimed Jews aren’t really Jews and their historical claim to Israel was a fiction they created. The video also parroted the usual anti-Semitic claim that Jews control the media as well as purveyed the idea that the Holocaust was fake, stating, “Research the truth about the Holocaust, and you’ll definitely start to question what you thought you knew.”

Hasson notes, “In several other posts to the group, Abdel-qader insisted that Israeli Jews aren’t actually Jews and, in one October 2017 post, he accused Israeli settlers of training children ‘to terrorize Palestinian civilians.’”

Hasson also points out that Tlaib, honoring Abdel-qader for his help with her campaign, during which she took a number of pictures with him and he sometimes was a speaker at her events, gave him a medal for his contributions, according to Voices of New York.

After Palestinian-American professor Amer Zahr apparently labeled Israel as “Palestine” on a map in Tlaib’s office, the “Palestinian American Congress” group posted an article about it, prompting one member of the group to reportedly exclaim, “They will be wiped off the map soon inshallah [God willing].”

Hasson points out Tlaib’s claims of ignorance regarding Palestinian and Hezbollah supporter Abbas Hamideh, who appeared at Tlaib’s swearing-in ceremony, which triggered the Anti-Defamation League to ask Tlaib why he was there. On Friday, Tlaib answered in the Detroit Free Press, arguing that she had no idea who Hamideh was, even though she had posted a picture of herself and Hamideh on Facebook. She told the Detroit Free Press, “It is also important to note. A photo does not mean I agree with anything someone says. It is obvious this man thrives on media attention from his recent posts. It’s unfortunate that he was successful. I do not agree with the statements brought to my attention.”

The question now is why Tlaib has not received grief from the so-called party of inclusivity, demanding she apologize for her hateful rhetoric and resign from her post?

Oh. That’s right. She’s a Democrat. Being a racist is perfectly acceptable as long as you hold to a left-wing ideology. Totally forgot about that. Silly me.

If a conservative was connected to people who spew racial hatred like this there would be a liberal witch hunt. Guess it isn’t so much who know, but what you believe that gets you ahead in this world.