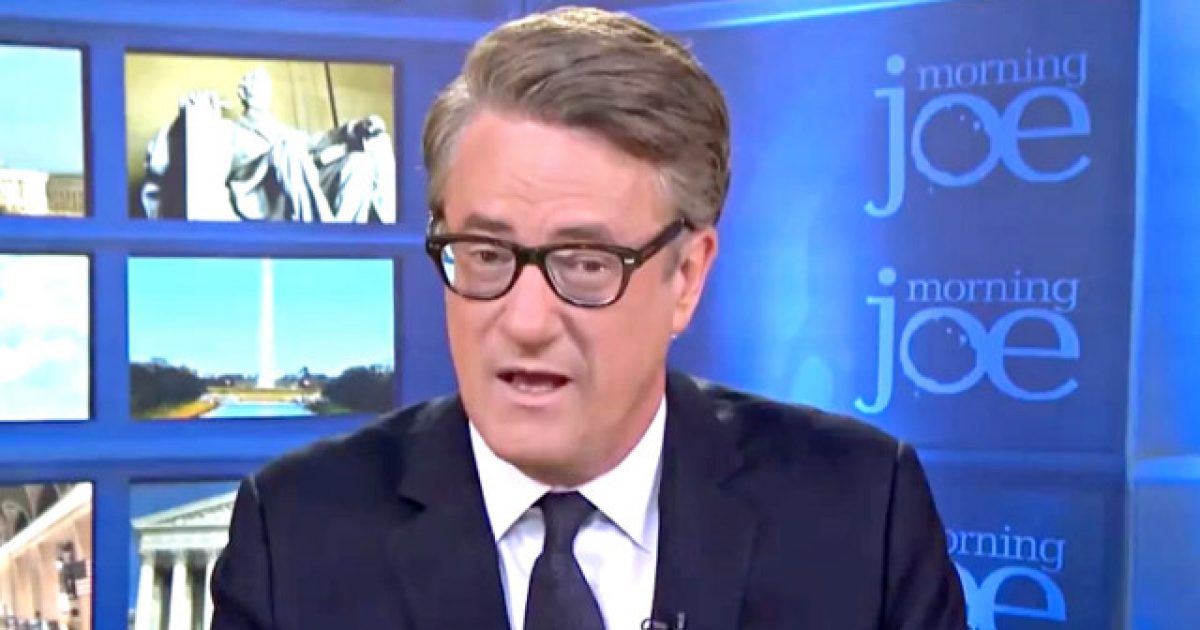 Joe Scarborough, host of the “Morning Joe” on MSNBC, has made it his life’s ambition to trash President Trump whenever the opportunity to do so presents itself, something that’s been evidenced by the many rants and opinion pieces he’s published over the last several years.

Given this fact, it might come as a shock to learn that Scarborough recently stated that he would say, under oath, that in the 12 years he’s know Trump, he’s never once heard him say something racially insensitive.

In other news, hell has apparently frozen over.

We [gestures toward Mika] saw him for 12 years behind closed doors. Never, ever, once—I’ll say under oath, I’ll put into an affidavit—never once heard him say anything close to being racially insensitive. Never once!”

Which is not to say that Scarborough was absolving Trump from allegedly playing the race card. To the contrary, Scarborough’s point was to bemoan that whereas in private Trump can be congenial and non-racist, the President has supposedly made a conscious decision to adopt a combative, race-baiting public persona.

Scarborough is manifestly still smarting from Trump tweets about Joe and Mika. When Mika mentioned that Trump—angry about Cliff Sims’ book about life inside the White House—is referring to former aide Sims as a “videographer,” Scarborough comforts him by saying it could be worse. Joe claims that Trump called him a “murderer,” also mentioning that Trump had tweeted about Mika bleeding from a facelift. Note: Trump never called Scarborough a “murderer,” though he did call for an investigation into the death of a Scarborough aide in his congressional office years ago.

When one of your most ardent critics comes to the defense of your personal character on a matter like this, that’s a pretty powerful bit of support.

Granted, he’s no Trump fan, but it’s nice to finally hear someone who knows the man come out and state that what you hear about him being racist is simply not true. We all kind of knew that already, but it’s great to hear it confirmed.

Now if only the rest of the media would accept this truth and we could move on to more important matters.