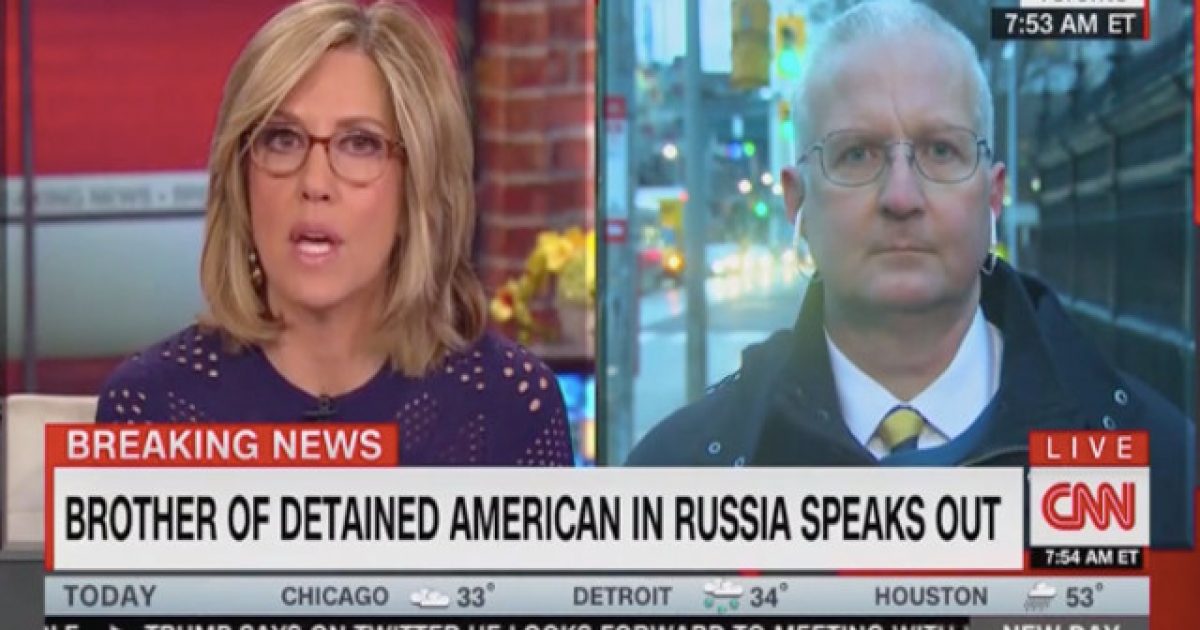 It seems as if there’s not a day that goes by that CNN doesn’t embarrass themselves and reveal just how petty and wicked they really are.

Well, today is no exception.

An anchor with the network was conducting an interview with the brother of a man detained in Russia, when she began grilling him over his brother’s anti-CNN posts on social media.

Forty-eight-year-old Michigan businessman and ex-Marine, Paul Whelan, was detained in Russia this week on charges of espionage. CNN’s Alisyn Camerota interviewed David Whelan, who is the brother of Paul. Camerota used the opportunity to grill Whelan about his brother’s anti-CNN social media posts.

Camerota asked Whelan about posts his brother made on a Russian social media platform, where he called CNN “fake news.”

Camerota continued, “Now, I’m not taking this personally that he’s pictured with CNN, but I just am wondering is this a statement on his part somehow?”

This is incredibly unprofessional. The man’s brother is being detained as a spy and she’s worried about the fact he spoke ill of CNN? She’s actually proving the guy’s point by asking this very question.

Are the people at CNN really that thin-skinned? It seems that whenever someone attacks the network they get super defensive and try to insert themselves into the story.

It smacks of desperation.

Just add this to the ever growing list of reasons to not watch CNN.