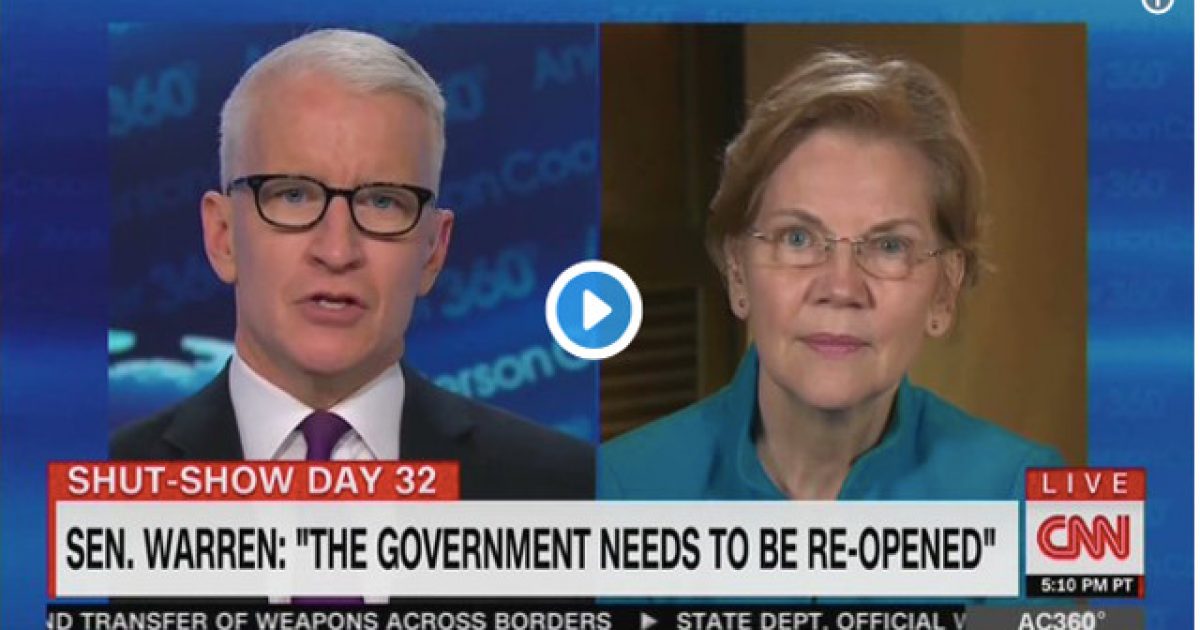 There’s nothing more frightening than seeing an individual throw their hat into the ring for the presidency of this great nation of ours who has no actual idea how the government works.

Like Democratic Sen. Elizabeth Warren for example. Warren apparently has no idea how many actual branches of government exist — the answer is three, folks — which she made clear during an interview on CNN on Tuesday.

“Do you ever think, look, the realistic end game is that Republicans get two thirds of what they want and the Democrats have to settle for the shorter straw?” Cooper asked. “Is that how the balance of power really works?”

“Well, let’s talk about the balance of power,” Warren responded. “There are two coequal branches of government, the president of the United States and the Congress.”

There are 3 equal branches of government: executive, legislative, judicial pic.twitter.com/ARHJsmII2B

Unfortunately for the American people, Warren isn’t the only ignoramus in the bunch on Capitol Hill. Just a few months ago, Alexandria Ocasio-Cortez made a similar statement illustrating her ignorance of the three branches of government.

Pray. Pray for the future of this country, folks. Please.