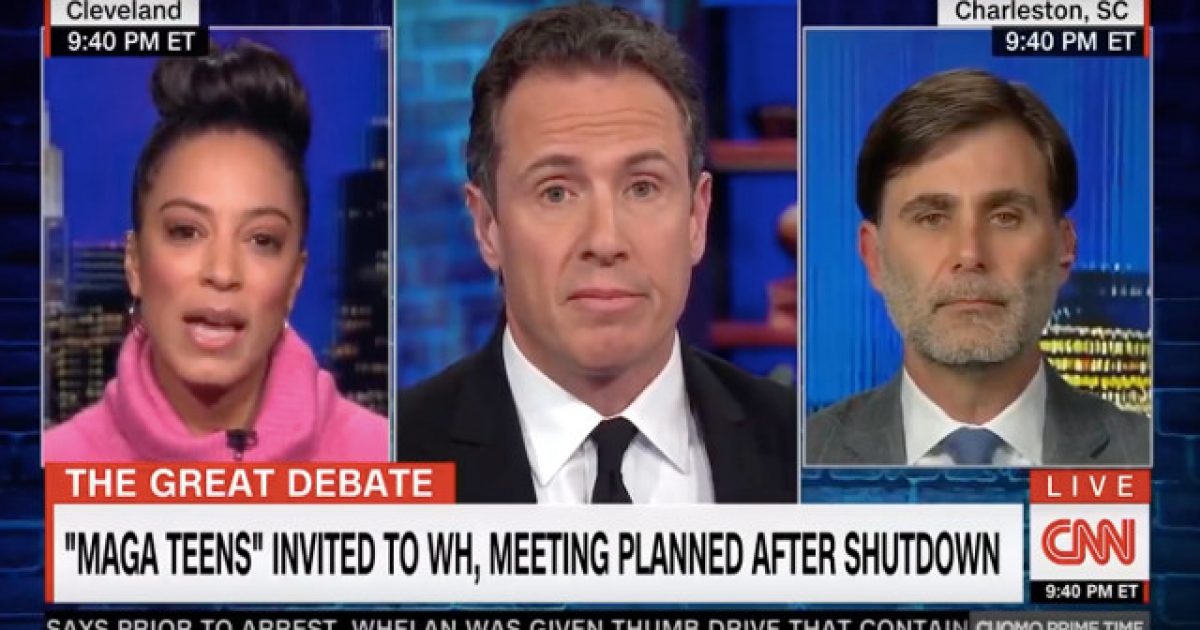 Rye stated that MAGA hats, which Nick Sandmann, one of the main students embroiled in the controversy was wearing, is more triggering than a KKK hood.

After left-wing host Chris Cuomo suggested President Trump was being disingenuous in his outrage over the media’s libelous reporting on the incident, Rye agreed with Cuomo, but then transitioned to her larger point: The “standoff” between the Catholic high schoolers and activist Nathan Phillips was effectively a Rorschach test of people’s ideological perspectives.

“I wish that for one moment we can talk about what we see. People are talking about what is happening right now as a result of this particular incident is our varying perspectives, and I think that’s such a powerful point,” she said.

“Forget Donald Trump for a moment, and just think about that symbol of that red hat,” said Rye, in a moment highlighted by The Washington Free Beacon. “When I see the ‘Make America Great Again’ hat now, Chris, I am triggered. I’m so triggered.”

Rye then turned to fellow commentator Andre Bauer, who often defends the president, and said, “Andre, I think in a lot of ways our friendship has been compromised by the fact that you continue to support this man.” She followed that up by giving him credit for sometimes calling out Trump, but making sure to say that she disagrees with him on this issue.

Red hats, she emphasized, were now as much a symbol of hate as the notorious white hoods of the Ku Klux Klan. “This Make America Great Again hat is just as maddening and frustrating and triggering for me to look at as a KKK hood,” Rye said. “That is the type of hatred that [Trump’s] policies represent. And until we can have common ground and understanding about that, that it’s that triggering, we’re going to continue to have problems.”

This is just one example of how melodramatic the left is over just about everything that offends them, which, well, pretty much everything.

These folks are so desperate to condemn the president, to condemn anyone who supports him, that they will take a non-story and turn it into the only thing they report on for weeks at a time.

They are desperately attempting to control a narrative in order to force feed a certain perspective to their viewing audience instead of doing their actual job, which is to provide facts and allow folks to draw their own conclusions.