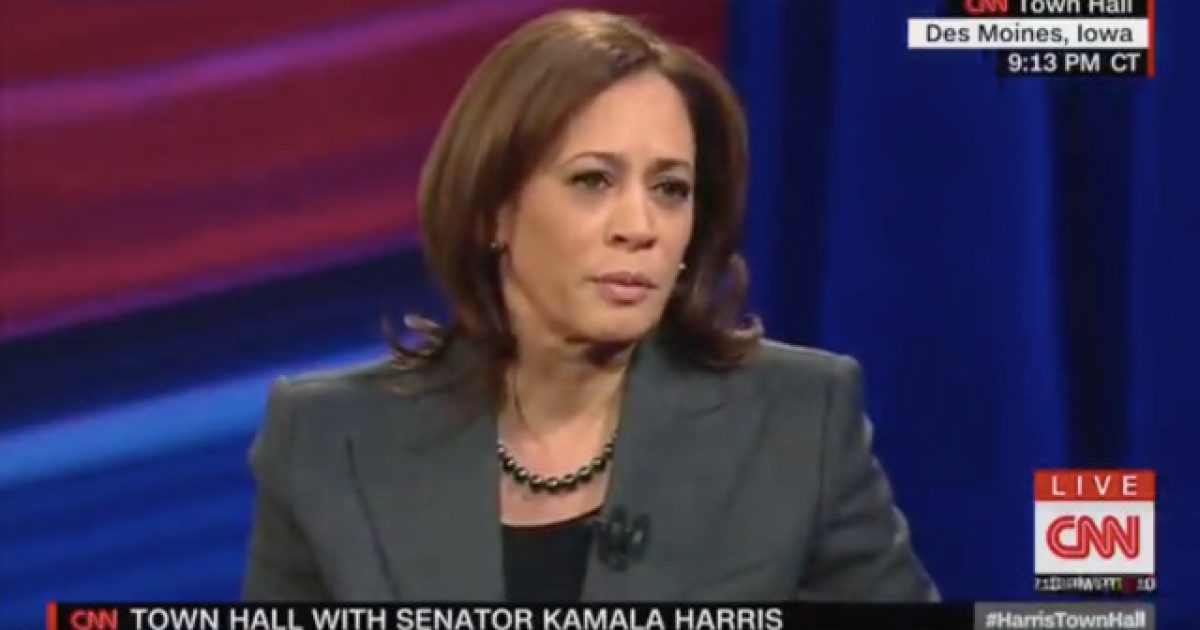 Sen. Kamala Harris, who has tossed her hat in the ring as a potential 2020 Democratic presidential candidate, went full socialist Monday night during a CNN town hall where she called for an end to the free market in healthcare and stated she supports a complete government takeover of the industry.

Yes, that’s right, folks. Harris wants the same group of individuals who oversee the DMV to be in charge of your doctors. What could possibly go wrong there?

Harris made the comments while responding to a question from an audience member, who asked: “What is your solution to ensure that people have access to quality health care at an affordable price, and does that solution involve cutting insurance companies as we know them out of the equation?”

“I believe the solution — and I actually feel very strongly about this — is that we need to have Medicare for all,” Harris responded. “That’s just the bottom line.”

Harris defended her position by claiming that healthcare is a right (it’s not), declaring that the current system was “inhumane” to people.

“So for people out there who like their insurance, they don’t get to keep it?” Tapper asked.

“Let’s eliminate all of that,” Harris responded, saying it’s time to “move one” from the current system.

“Well, listen, the idea is that everyone gets access to medical care, and you don’t have to go through the process of going through an insurance company, having them give you approval, going through the paperwork, all of the delay that may require,” she said. “Who of us has not had that situation where you’ve got to wait for approval, and the doctor says, well, I don’t know if your insurance company is going to cover this. Let’s eliminate all of that. Let’s move on.”

What Harris and many other leftists like her don’t seem to understand is that there’s no such thing as a free lunch. Someone, somewhere, has to pay for all of this healthcare. And let me tell you, it’s a hefty price tag.

The plan Harris supports would reportedly cost over $32.6 trillion — that’s “trillion” with a “t” — and would require obscenely large tax increases. We’re talking doubling federal individual and corporate income taxes. Even then, that would still not cover the full cost of the program.

Kamala Harris supports a complete government takeover of healthcare, says regarding the free market: “Let’s eliminate all that. Let’s move on.” pic.twitter.com/0HmW2Pnn6d

That’s a hard pass on this end. Anyone else? Hard pass?