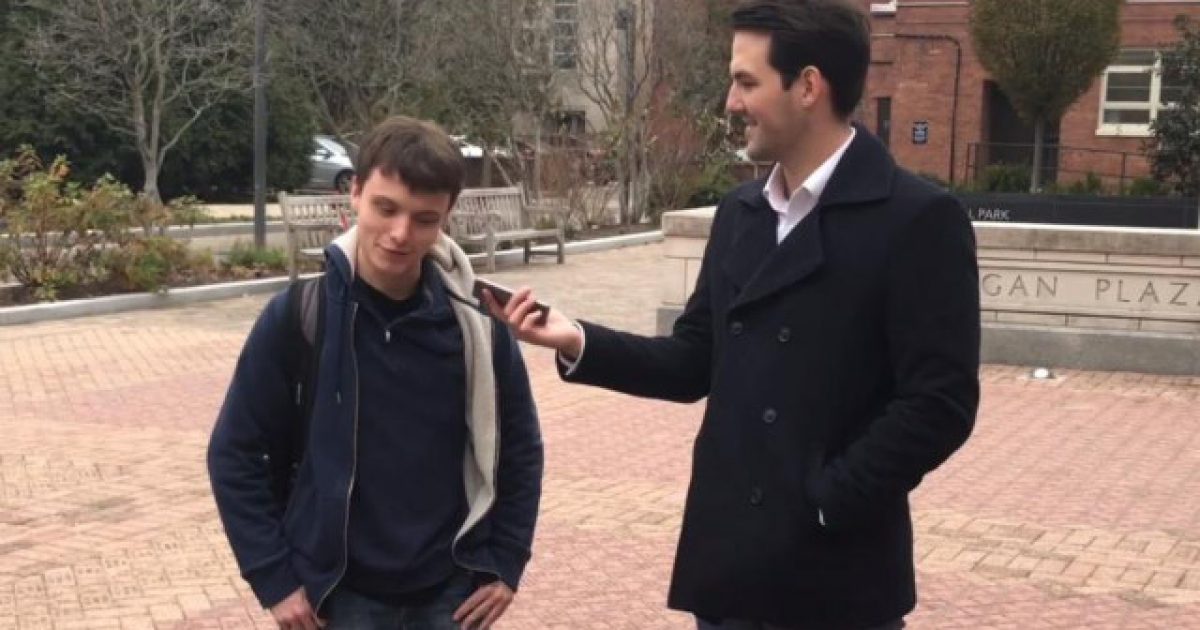 So how bad is Speaker of the House Nancy Pelosi’s reputation among young college folk in the Democratic Party?

Pretty darn bad, actually. Pelosi’s reputation with the average American liberal has been eroding for some time now, but it seems that college students in particular — most of whom are super hardcore leftists, thanks to the brainwashing of progressive education — seem to have a strong distaste for her.

Campus Reform’s Cabot Phillips headed to George Washington University right down the street from the Capitol to find out. While nearly every student claimed to support the Democrat party, the number who actually supported Pelosi’s election to speaker was far fewer.

When asked what they thought of Rep. Pelosi, students responded with a litany of concerns.

“I’m not a big fan of her in general… I would like to see someone else,” one student said.

“I don’t like Nancy Pelosi, I would prefer pretty much anyone else,” another lamented.

One student questioned the relatability of those in House Democrat Leadership positions, saying, “when you look around at Democrat leadership, they’re old… I think there’s not one of them under the age of 70.”

What did the rest of the students have to say?

Could we find anyone who would come to Pelosi’s defense?

The whole “crusty old white dude” thinking that the Democrats worked hard to use against the GOP has finally begun to backfire on these individuals and the results are hilarious.

Such is the case with a lot of liberal ideology being crammed into the brains of college students and public school attenders through out the country. It all comes back to bite the politicians in the backside sooner or later.

Who can blame these kids for not wanting Pelosi? She’s an incoherent, blathering mess most of the time. She clearly doesn’t have a clue what she’s doing or what she’s talking about. Her ineptness is glaring and an embarrassment on the Democratic Party.

Who would want to vote for that?