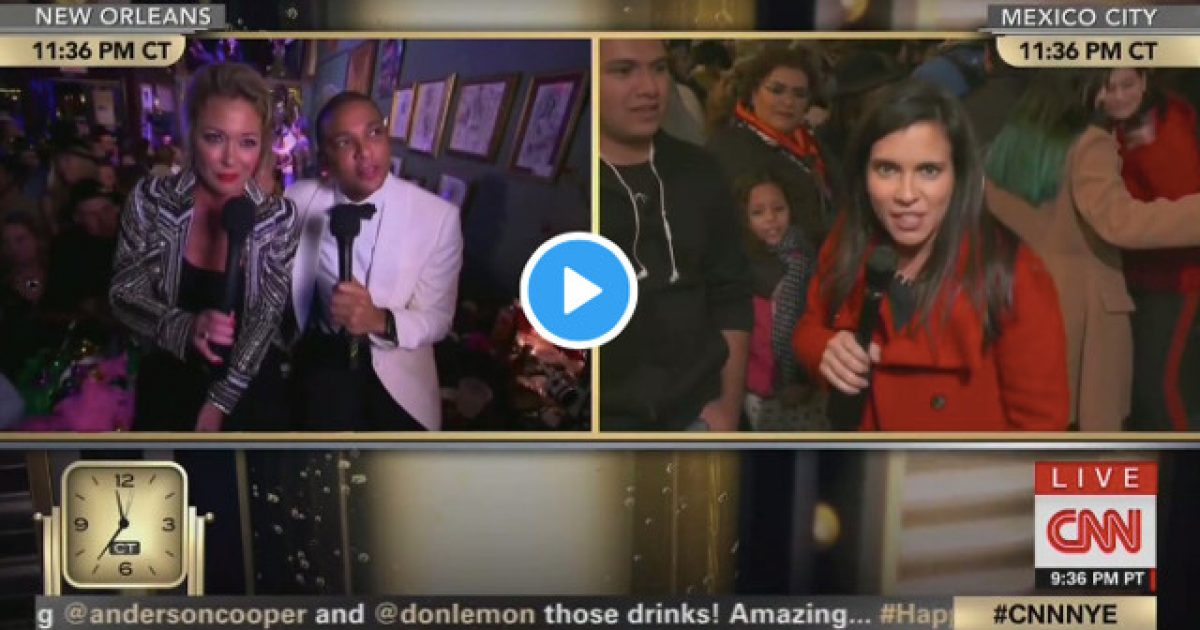 The oh so wonderful and classy bunch over at CNN — please note the obvious use of sarcasm — have once again out done themselves in the pursuit of high quality, family entertainment on New Year’s Eve.

Santiago proceeded to creepily ask a man standing near her what color underwear he was wearing as the little girl stood behind her and watched her every move.

CNN’s Brooke Baldwin and Don Lemon — who are often times behind many of the network’s more absurd moments — appeared on a split-screen where they talked about not wearing any underwear.

CNN reporter Leyla Santiago talks about how wearing "red underwear" is supposedly good for "the love" and then proceeds to ask people what color underwear they are wearing.

She does this right next to a little girl who was standing behind her and watching her the entire time. pic.twitter.com/dmQc161kEw

Did CNN give their reporters free reign to get absolutely plastered before going on live television? It certainly seems that their whole staff had entirely too much to drink during the festivities.

Perhaps their idea of entertainment is a bunch of drunk ultra-left-wing nuts making fools of themselves in front of the eyes of the entire world?

It’s amazing that a major media network with such a stunning lack of professionalism is so highly regarded by folks in modern culture.