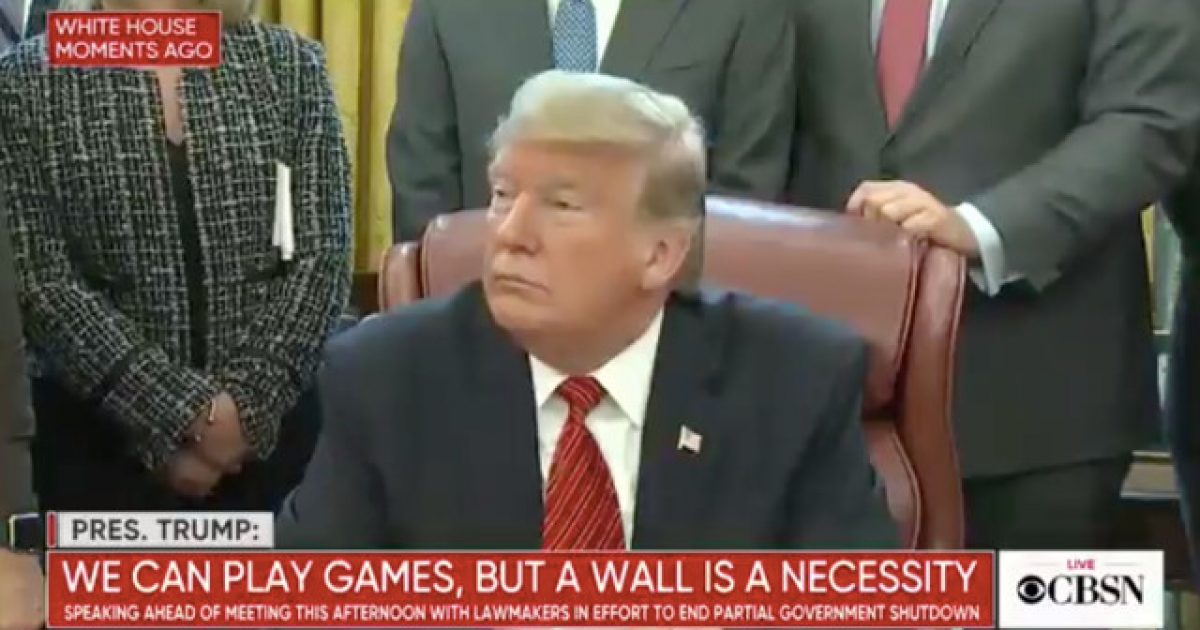 President Trump is known for being able to think quick on his feet and to handle hostile members of the press with ease, often turning things around on them and leaving them looking foolish.

This is precisely what happened Wednesday in the Oval Office. A reporter asked a question that Trump flipped on him and left him stammering over his words. It’s priceless.

ABC News White House correspondent Jonathan Karl pressed Trump about signing bills so government workers who are being furloughed could be paid.

“So, so, why not sign the other bills though, so some of these workers could get paid?” Karl asked.

“Do you think I should do that?” Trump fired back.

“No, do you think I should do that, Jon?” Trump pressed.

“Well, the, the argument –” Karl said, as he continued to fumble through his response.

“Tell me, tell me,” Trump pressed.

“It has nothing to do with border security,” Karl said.

“Jon, do you think I should just sign?” Trump continued to press.

“I-I-I’m saying that if you sign that, these workers can start getting paid, the government can start –” Karl continued.

“So you would do that if you were in my position?” Trump asked. “You’d do that?”

“I’m not in your position, I’m asking you if –” Karl said, refusing to answer the question.

“I’m asking you: Would you do that if you were in my position?” Trump said. “Because if you would do that, you should never be in this position. Because you’d never get anything done.”

Trump: "Would you do that if you were in my position? Because if you would do that, you should never be in this position, because you'd never get anything done" pic.twitter.com/vKaUesslUm

Well, folks. That’s what it looks like to go down in flames, right there for the whole world to see.

Don’t you just love how Karl refused to answer the question. Perhaps what Karl doesn’t understand is that a non-answer is still an answer. It signals that Karl might not sign the bill himself after all.

You see, the leftist media in America constantly attempts to play “gotcha” with President Trump, but more often than not, it backfires on them in horrendous ways. They just never seem to learn their lesson.

The more they fight with him, the more he fights back. Maybe one day they’ll catch on.