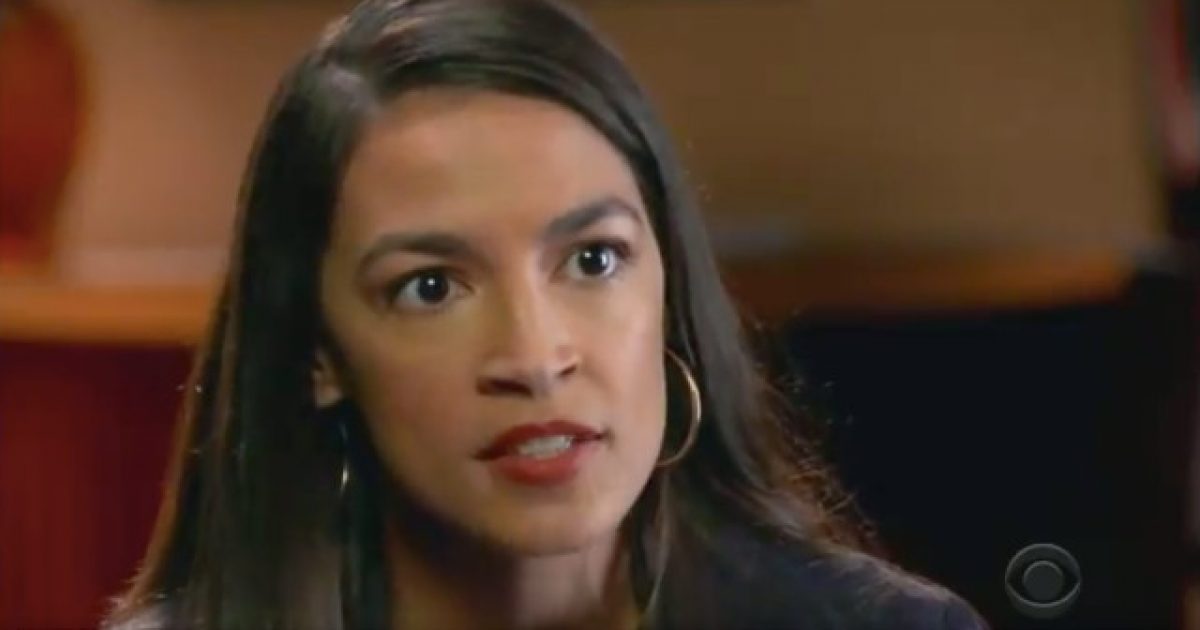 For the second time, Rep. Alexandria Ocasio-Cortez was unable to produce a coherent, plausible answer to questions raised about how she’s going to pay for the extreme socialist programs she’d like to enslave the American people with.

Ocasio-Cortez was asked the question by Anderson Cooper during an interview for “60 Minutes” on Sunday evening, making a complete train wreck of herself in just a matter of minutes.

“How are you going to pay for all of this?” Cooper asked.

Ocasio-Cortez got defensive, responding: “No one asks how we’re gonna pay for this Space Force. No one asked how we paid for a $2 trillion tax cut.”

“We only ask how we pay for it on issues of housing, health care and education,” Ocasio-Cortez said. “How do we pay for it? With the same exact mechanisms that we pay for military increases for this Space Force. For all of these– ambitious policies.”

“There are Democrats, obviously, who are worried about your affect on the party,” Cooper responded. “Democratic Senator Chris Coons said about left-leaning Democrats, “If the next two years is just a race to offer increasingly unrealistic proposals, it’ll be difficult for us to make a credible case we should be allowed to govern again.”

“What makes it unrealistic?” Ocasio-Cortez asked.

“How to pay for it,” Cooper responded.

“We pay more per capita in health care and education for lower outcomes than many other nations,” Ocasio-Cortez answered, as she still could not provide an answer about how to pay for her programs. “And so for me, what’s unrealistic is– is what we’re living in right now.”

Anderson Cooper asks socialist Alexandria Ocasio-Cortez how she plans to pay for the $40 trillion in big government programs she supports.

She could not answer the question. pic.twitter.com/dCpbO5ECmp

Ever witnessed someone who has no clue what they’re talking about try to BS their way through an explanation, hoping they somehow survive the onslaught holding onto the seat of their pants?

This young lady has no idea what she’s talking about. She’s in over her head by a mile and is literally just rambling her way through interviews, hoping she doesn’t have to give any solid answers to tough questions.