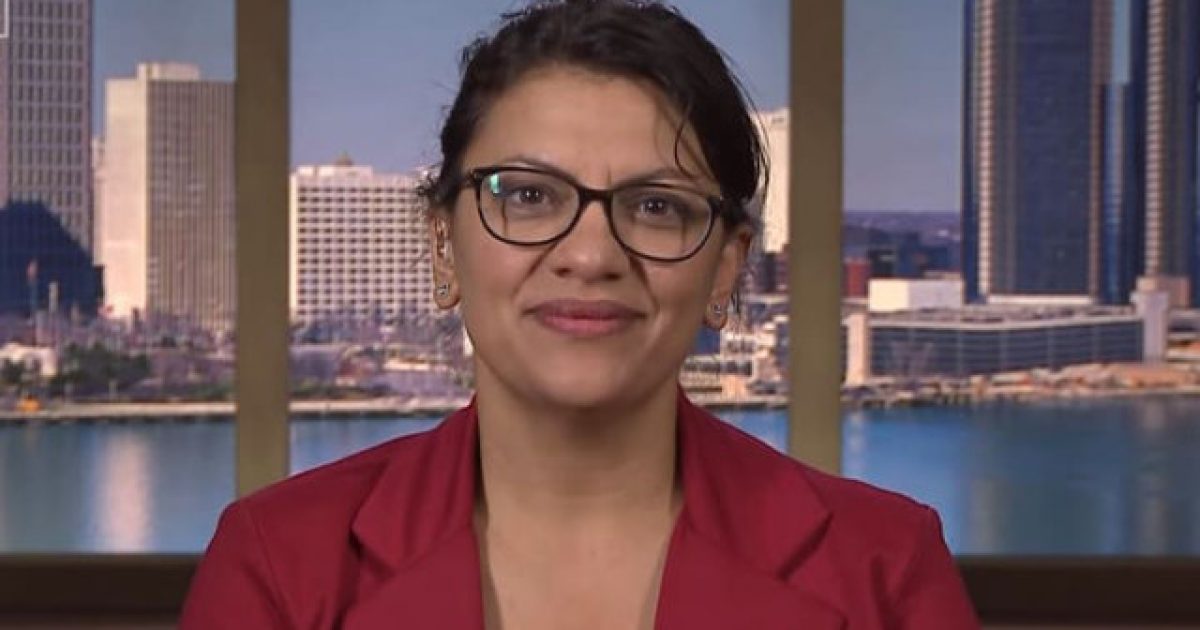 If there’s one thing we can say about the new crop of fresh faced Democratic members of the U.S. House of Representatives, it’s that there’s absolutely no lack of class to be found among them.

This is mostly because they never had any class to begin with, a fact evidenced by Michigan Congresswoman Rashida Tlaib, who expressed her intentions to impeach Trump by employing some obscenities in her statement to a crowd of supporters.

Tlaib stated to a cheering crowd, “People love you and you win. And when your son looks at you and says, ‘Momma, look you won. Bullies don’t win.’ And I said, ‘Baby, they don’t, because we’re gonna go in there and we’re gonna impeach the mother***er.’”

“We’re going to go in and impeach the motherfucker” pic.twitter.com/oQJYqR78IA

Tlaib had already made news on Thursday after a photograph was taken of a map of the Middle East in her office that ostensibly had a sticker with the word “Palestine” covering the state of Israel:

Someone has already made a slight alteration to the map that hangs in Rashida Tlaib’s new congressional office. pic.twitter.com/mwyshIog4r

In case you weren’t aware that Tlaib is a huge supporter of impeaching President Trump, she also posted an op-ed in the Detroit Free Press about it too.

Tlaib is either going to get such a raging, explosive case of diarrhea of the mouth that she is forced to resign from her post or she’s going to be a constant source of cannon fodder for conservatives. Either way, the next two years are going to be filled with dank memes of the many, many foolish statements made by the new class of Democratic Party representatives.