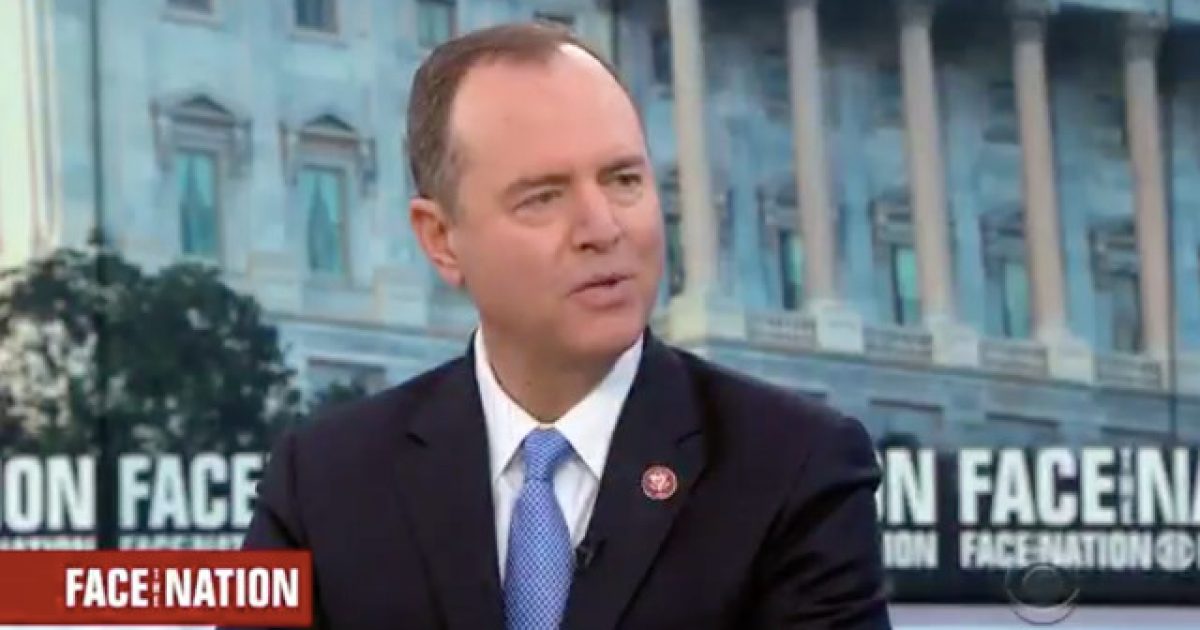 House Intelligence Committee Chairman Adam Schiff made an appearance on CBS’s Sunday political show, “Face The Nation,” where he stated his intentions to go ahead and investigate the wild accusations made against President Trump in a recent controversial Buzzfeed article, despite the fact said report is being disputed by Special Counsel Robert Mueller’s office.

This is how pathetically desperate the left is to find something on President Trump. These people care nothing for America. It’s all about their personal vendetta against the president and nothing more.

“Absolutely. Absolutely,” Schiff told CBS’s “Face the Nation” when asked whether he would investigate allegations laid out in a BuzzFeed article published Thursday.

“Congress has a fundamental interest in two things. First, getting to the bottom of why this witness came before us and lied, and who else was knowledgeable that this was a lie,” the California Democrat added.

Schiff says Mueller's office may have disputed BuzzFeed report because it wants to use Michael Cohen as witness for more prosecutions, and "wanted to make sure that the public didn't have the perception that he was saying more than he was saying, at least to the special counsel" pic.twitter.com/VqkmBY5Zkd

Not long after the report was published, Democrats all over the place jumped on it, demanding an investigation be launched to discover whether or not Trump obstructed justice or instructed Cohen to lie to Congress.

The allegation that the President of the United States may have suborned perjury before our committee in an effort to curtail the investigation and cover up his business dealings with Russia is among the most serious to date. We will do what’s necessary to find out if it’s true. https://t.co/GljBAFqOjh

In an unprecedented move, Peter Carr, a spokesman for special counsel Robert Mueller came out and said the allegations made in the Buzzfeed report were not accurate.

“BuzzFeed’s description of specific statements to the Special Counsel’s Office, and characterization of documents and testimony obtained by this office, regarding Michael Cohen’s Congressional testimony are not accurate,” Peter Carr, a spokesman for special counsel Robert Mueller, said in a statement Friday night.

It doesn’t take an intellect of Einstein-like proportions to clearly see this smacks of vengeance seeking and has little or nothing to do with discovering the facts and holding politicians accountable for their actions.

The Democrats continue to put their own personal need for revenge about the overall health of our great nation and as a result, they are tearing us apart.