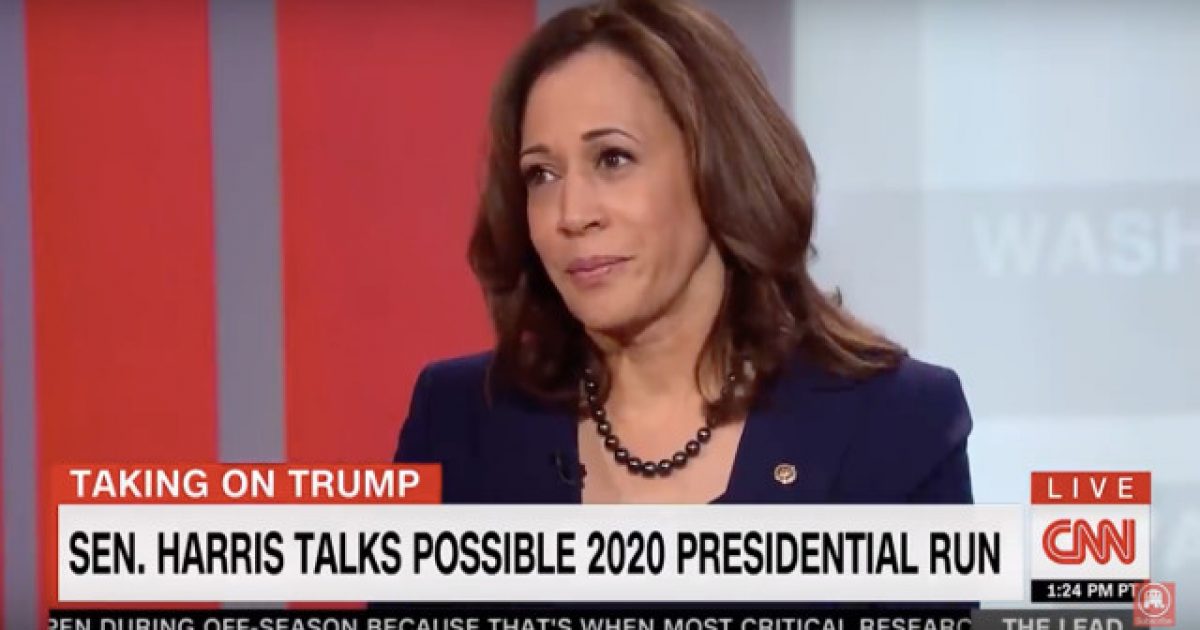 Democratic presidential hopeful Sen. Kamala Harris sat down for an interview with CNN’s Jake Tapper on Wednesday, who pressed her over a recent report that states she had no awareness of a harassment settlement involving one of her top advisors.

Her answer to this particular question might go down as one of the worst responses to a controversy in recent political history. There are probably worse, but this is definitely up there.

Harris, who responded by hinting that her office was too big to notice, did not apologize for her lack of leadership over what happened as she appeared to suggest that she was a victim of the whole ordeal, saying it was a “very painful experience” for her.

“You were a leader of the #MeToo movement, you were very vocal on the Senate Judiciary Committee during Kavanaugh,” Tapper said. “An unfortunate thing happened on your staff, which is one of your top aides had to resign a few weeks ago, Larry Wallace.”

Tapper noted that Wallace helped Harris run the California Department of Justice when she was the Attorney General.

“As somebody who is a leader of the #MeToo movement, how did this happen and you didn’t know about it?” Tapper asked. “And what did you learn about it given that it kind of struck close to home?”

Harris started off by saying that it was a “very painful experience” for her as she suggested that she didn’t know about it due to the fact that her office employed a large number of people.

Here’s the video of the interview:

While Jake Tapper’s personal politics are pretty terrible, he definitely deserves credit for being one of the only individuals to work at CNN with even a little integrity. He does, at times, attempt to hold folks on the left accountable for their actions and often times approaches subjects with a little more objectivity than his colleagues.

At the end of the day, this little controversy isn’t going to do Harris any favors while she mulls over a presidential bid, but it probably won’t do much damage either.