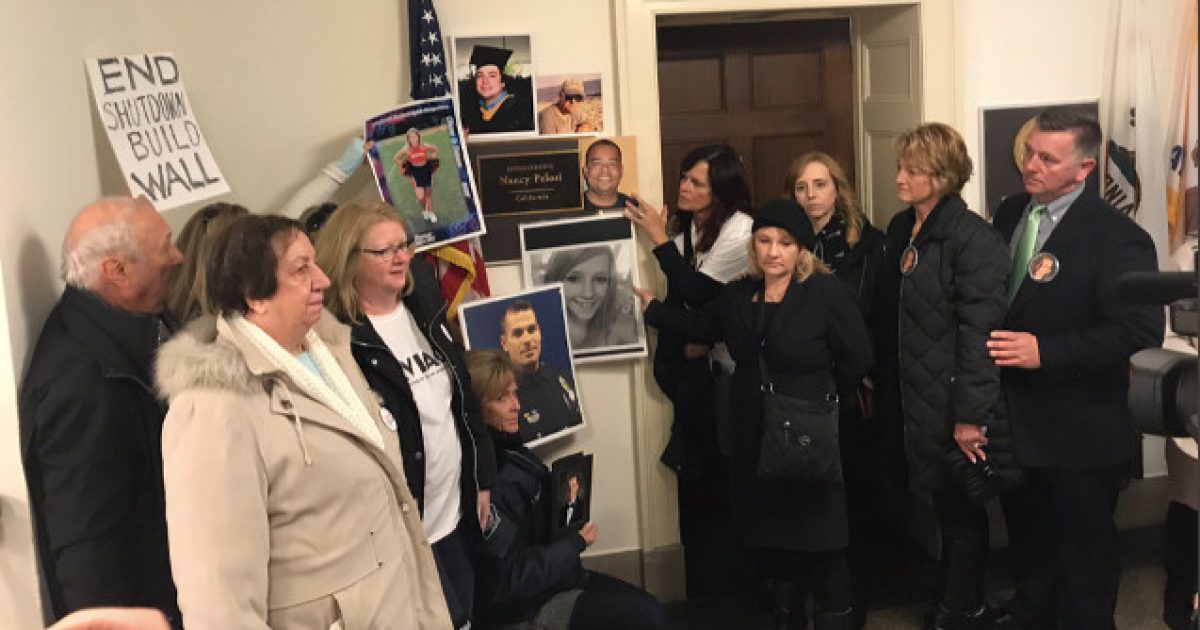 Families who have been victimized by crimes carried out by illegal immigrants took action on Tuesday, storming the office of Speaker of the House Nancy Pelosi, demanding the California Democrat stop being a pebble in the shoe and “build the wall.”

Not surprisingly, Pelosi refused to meet with the families, most of whom lost loved ones due to the criminal behavior of illegals.

At @SpeakerPelosi office asking for a meeting for Angel Families. She was too busy to meet with them. #AngelFamilies #AngelMoms pic.twitter.com/EMacVERuBu

The families gathered in front of the U.S. Capitol Building with Reps. Mo Brooks (R-AL), Louie Gohmert (R-TX), Matt Gaetz (R-FL), Women for Trump, and others to “put faces to the statistics of Americans killed or injured due to illegal aliens and the drugs that flow in the U.S. at the southern border.”

After the gathering, the families went to Pelosi’s office where they chanted “build the wall.”

American families who have been impacted by crimes committed by illegal aliens storm Nancy Pelosi's office and demand that she "build the wall" pic.twitter.com/MXbOZsxVOH

This is the second time this week that Pelosi has had to deal with protests from conservative activists in favor of strict border security, including the building of a wall.

Laura Loomer allegedly gathered together a group of illegal immigrants and brought them to Pelosi’s home in California on Monday.

“Come on, you can’t say everyone is welcome here and then lock your door. Only bigots lock their doors,” Loomer said.

Just last week Pelosi stated that she believed the wall was immoral, yet, for some strange reason, it’s not immoral to lock your door and not just let everyone in. Is she really claiming to be sovereign over her own home? Is she really trying to say she has the right to decide who comes in and who doesn’t?