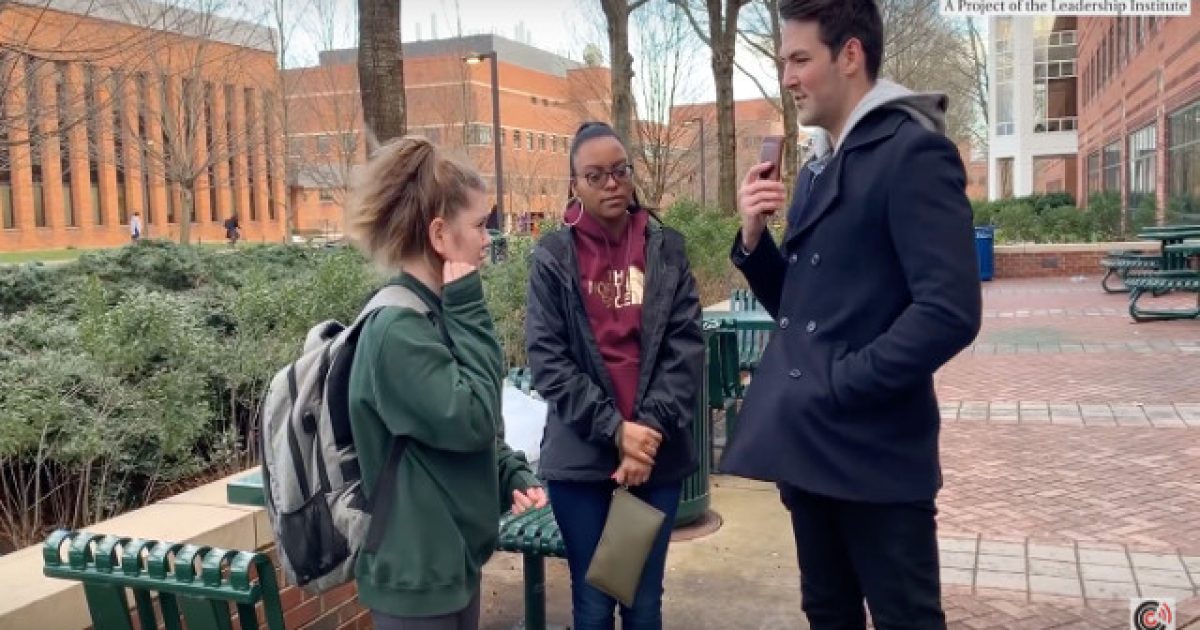 During the partial government shutdown, Campus Reform’s Cabot Phillips paid a visit to George Mason University in northern Virginia where he got impressions from students about the whole situation.

As you might already suspect, the students blamed President Trump for the shutdown, which was the longest we’ve had in our nation’s history.

However, Phillips then added a bit of a twist.

Likely banking on students not knowing that Trump already offered Democrats a deal to end the shutdown — which included extended protections for Deferred Action for Childhood Arrivals, $800 million in humanitarian aid, and more border agents and immigration judges — Phillips posed that very scenario, asking students if Democrats should “compromise on their end” if Trump were to make the latter concessions.

They answered with a resounding yes.

Upon learning this crucial fact, the surprised students were then singing a different tune — and agreed Democrats should come to the negotiating table with Trump rather than letting the shutdown continue.

“It was the wrong move for [Pelosi] to turn it down,” one student said.

This is a prime example of just how ignorant the vast majority of college students are about both sides of an issue, having their brains filled with nothing but left-wing talking points, rather than being presented differing views on a particular subject.

Just imagine how different things would be if there was equal representation — something the left adores — and conservatives and their viewpoint were welcomed on university campuses? The free exchange of ideas would sharpen young folk and help them have a more well rounded view of the world they inhabit.

Too bad that goes against the left’s plan of indoctrination, thus, it will probably never happen.