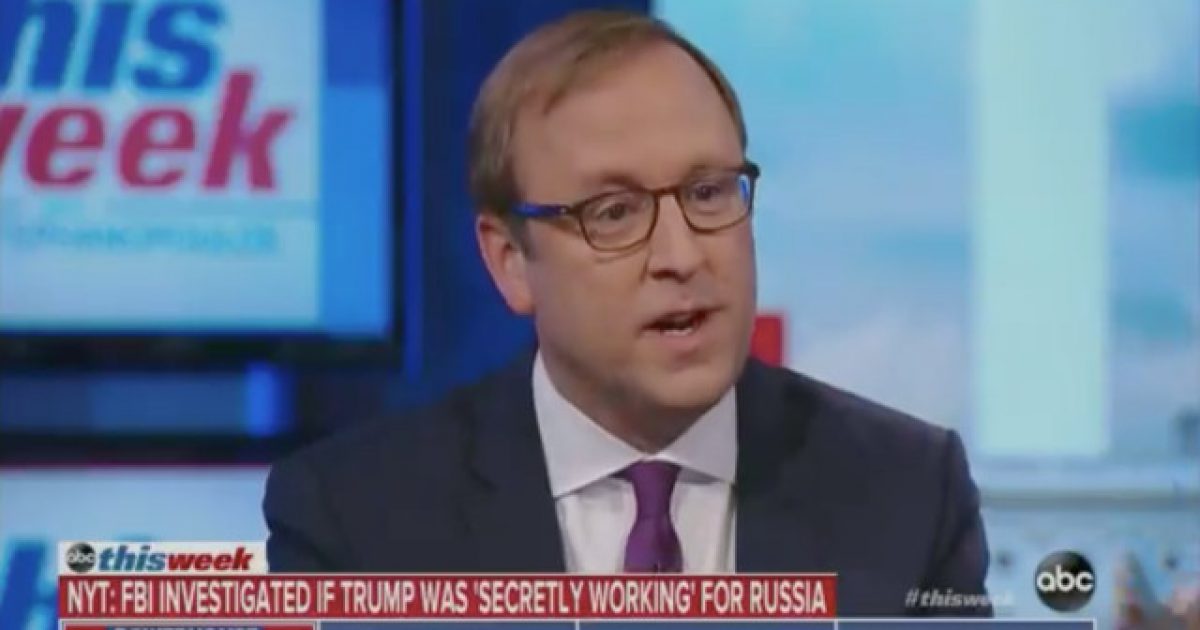 Jonathan Karl, ABC News chief Washington correspondent, dropped a truth bomb on liberals who have their fingers crossed about a bombshell being dropped from special counsel Robert Mueller’s Russia investigation.

It ain’t going to happen.

If you turn everything in the house off and sit in complete silence, you’ll hear the screams and cries of progressives across America crying themselves into a nervous breakdown over this latest revelation.

Karl made the remarks while appearing on ABC’s “This Week” with George Stephanopoulos, where he discussed a recent report from The New York Times that claimed that FBI officials were investigating President Donald Trump because they thought he was working for Russia and against American interests.

“What I am getting is that this is all building up to the Mueller report and raising expectations of a bombshell report,” Karl said. “And there have been expectations that have been building, of course, for over a year on this. But people who are closest to what Mueller has been doing, interacting with the special counsel caution me that this report is almost certain to be anti-climactic.”

“If you look at what the FBI was investigating in that New York Times report, you look at what they were investigating, Mueller did not go anywhere with that investigation,” Karl continued. “He has been writing his report in real time through these indictments and we have seen nothing from Mueller on the central question of, was there any coordination, collusion, with the Russians in the effort to meddle in the elections? Or was there even any knowledge on the part of the president or anybody in his campaign with what the Russians were doing, there’s been no indication of that.”

ABC News' Jonathan Karl on Mueller's upcoming report: "People who are closest to what Mueller has been doing, interacting with the special counsel, caution me that this report is almost certain to be anti-climactic." pic.twitter.com/DkFWGKNJyi

In other words, this long, ridiculously expensive taxpayer funded investigation has been pointless, just as the vast majority of conservatives said it would be.

There’s not going to be any impeachment of President Trump based on anything in this report. It’s going to be a non-issue.

This is something we’ve all been saying for a really long time, but the left is so desperate to oust Trump they have put blinders on and are going after him with everything they have, when in reality, they should be seeking to build common ground with him so they can get things done for this country.