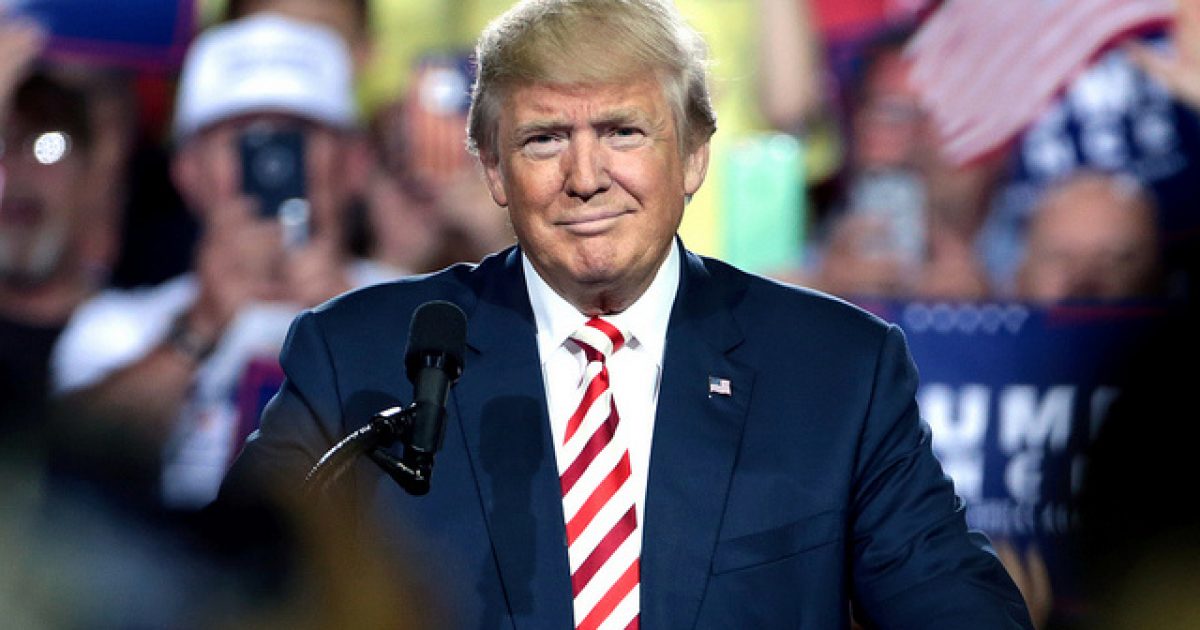 This year’s college football champions, the Clemson Tigers, made a visit to the White House on Monday where President Trump did something that has yet again rubbed liberals the wrong way.

What did he do this time? He bought them fast food. A thousand hamburgers to be exact. Yes, the left is mad that our president bought a bunch of college kids fast food, claiming it’s “unpresidential” to do so.

Well, Trump, in typical fashion, responded to the fiasco on Twitter.

Great being with the National Champion Clemson Tigers last night at the White House. Because of the Shutdown I served them massive amounts of Fast Food (I paid), over 1000 hamberders etc. Within one hour, it was all gone. Great guys and big eaters!

When Trump’s decision to pack the reception room with fast food was first reported Monday, he told the press that he was hoping to give the players a chance to “have a little fun” at the event. “We ordered American fast food, paid for by me,” he said, CBS News reports. “Lots of hamburgers, lots of pizza. We have some very large people that like eating, so I think we’re going to have a little fun.”

“Players were privy to an offering of Wendy’s-wrapped burgers stacked neatly across assortments of silver trays,” the Daily Wire’s Paul Bois reports. “Boxed Big Macs from McDonald’s were also available, and if that didn’t suit the players’ tastes, pizza was available as well. But the best offering of all were the fries, which were served in White House cups bearing the presidential seal.”

As Bois highlighted Monday, like almost everything he does, Trump’s unorthodox choice for a celebratory meal was criticized by many online, including the CEO of Black Sports Online, Robert Littal, who portrayed Trump’s fast food choice as playing into a “stereotype” of college athletes.

“Here is the thing Trump believes every single stereotype that is out there, so the stereotype that college kids-athletes just eat fast food all the time is all he knows. These college football powerhouses are billion dollar businesses much more steak than 4 for $4,” Littal wrote in a series of tweets. “They have video of Trump calling the 4 for $4 Great American Food while some guy is lighting candles by a bunch of Big Macs and then explaining this is why we need the Wall. I kid you not, this is real life.”

Here is the thing Trump believes every single stereotype that is out there, so the stereotype that college kids-athletes just eat fast food all the time is all he knows. These college football powerhouses are billion dollar businesses much more steak than 4 for $4.

And of course, folks just had to react to the tweet and turn it into a political stunt, while others harped on the president’s typo of “hamberders.”

I knew it. McDonald Trump intentionally fed the Clemson Tigers cheap fast food and gave some fake presentation to the media to troll the everyone as a propaganda stunt to highlight the shutdown. Never underestimate Trump. He’s the king of trolls.

So you spent $2000 on one of the only teams who would degrade themselves enough to visit you?

You are an alleged billionaire, and you are bragging about spending $2000. Jeff Bezos donated $2 Billion to the Homeless.

Can you believe the kind of garbage people on the left harp on and on about these days?

This goes to show you that Trump Derangement Syndrome is a real thing, an expression of mass hysteria wherein folks of the progressive persuasion end up pouring on intense and disproportioned amounts of hatred on someone for no real, intelligent reason.