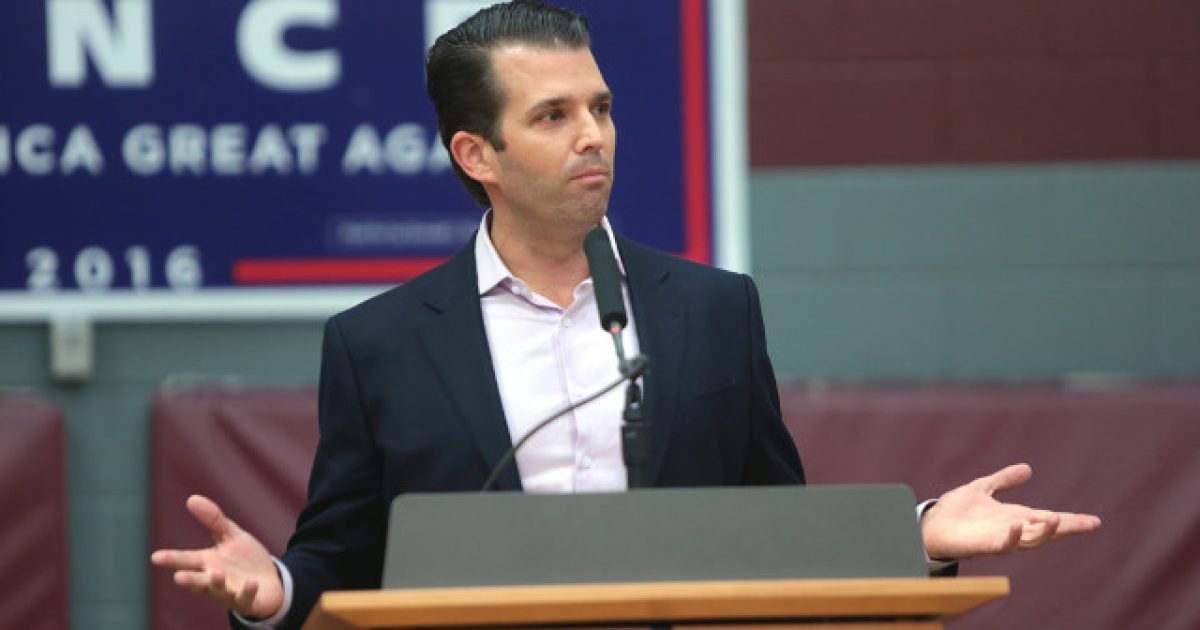 CNN host Jake Tapper got taken to the woodshed over the weekend for making a remark that many have found to be blatantly “homophobic” concerning Roger Stone following his arrest by the FBI, which was part of the ongoing investigation into President Trump’s 2016 campaign by Special Counsel Robert Mueller.

Stone, a longtime ally of President Donald Trump, was arrested on Friday and “indicted on seven counts: five counts of making false statements, one count of witness tampering, and one count of obstruction,” The Daily Wire reported. “None of the charges include conspiring with Russian agents or WikiLeaks; instead, they are charges related to the process of the investigation, as is the case with most of the charges thus far brought by Mueller.”

Following Stone’s arrest and release on Bond, Tapper led a panel discussion on the political operative.

“I mean, the truth is no one’s going to cry if Roger Stone goes to jail or when he goes to jail,” CNN political commentator Jen Psaki said.

“Let’s play the ‘Imagine the fury if a conservative said something this flagrantly homophobic,'” Trump Jr. tweeted. “Truly disgusting… but of course no consequences.”

Truly disgusting… but of course no consequences. https://t.co/Eths0LnUJG

The Hill’s Buck Sexton also weighed in, noting: “This was a disgusting and stupid comment. But few will say that publicly, because they don’t want their twitter DMs to get filled up with threats to call their boss or otherwise undermine their career.”

But few will say that publicly, because they don’t want their twitter DMs to get filled up with threats to call their boss or otherwise undermine their career. https://t.co/sFInVvoxnJ

He deleted it and blocked me after I called out his homophobic bigotry, but the internet is forever. pic.twitter.com/2BKpqmkvKr

After being released on bond, Stone spoke with the media where he stated that he would not testify against President Trump because doing so would require him to lie.

Andrew McCarthy, a columnist with the National Review and a contributor for Fox News, stated that Stone’s arrest by the FBI was proof there was no criminal conspiracy between Trump’s campaign and Russia.

“What matters is this: The indictment is just the latest blatant demonstration that Special Counsel Robert Mueller’s office, the Department of Justice, and the FBI have known for many months that there was no such conspiracy,” McCarthy wrote. “And yet, fully aware that the Obama administration, the Justice Department, and the FBI had assiduously crafted a public narrative that Trump may have been in cahoots with the Russian regime, they have allowed that cloud of suspicion to hover over the presidency — over the Trump administration’s efforts to govern — heedless of the damage to the country.”

The bottom line here is that Jake Tapper should’ve been far more professional than he was, and as a result, he ought to be forced to apologize and face some sort of penalty for his actions.

A conservative would’ve been booted from the network for saying something like that about a leftist. If these people want to win hearts and minds to the liberal cause, they need to be consistent in the application of their principles. Failure to do so only exposes their own hypocrisy.