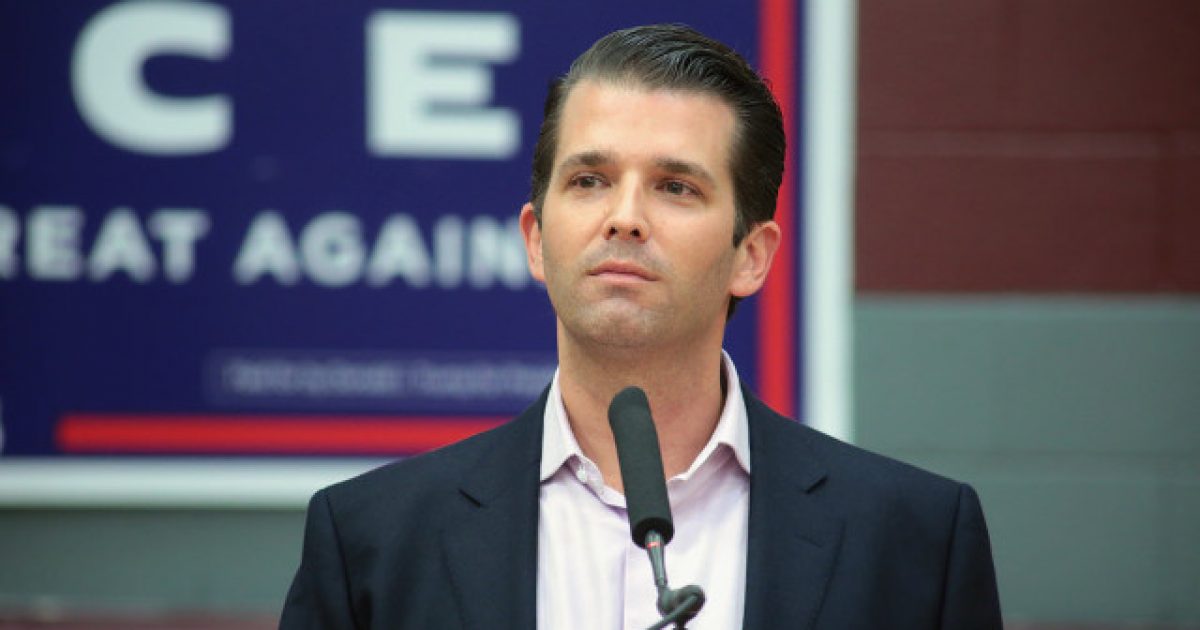 Donald Trump Jr. has spent a significant amount of time as of late making himself a voice for the voiceless on the issue of “Angel Parents,” mothers, fathers, and other family members who have lost loved ones due to the criminal activities of illegal immigrants.

The eldest son of President Trump recently posted a video of an “Angel Mom” on social media and then asked Speaker of the House Nancy Pelosi one critical question.

The oldest Trump son took to social media on Sunday to post a powerful clip of Angel Mother Mary Ann Mendoza, whose son was tragically killed by a drunk-driving illegal immigrant.

Appearing on Fox News’ “Hannity,” Mendoza was asked by host Sean Hannity if she was pleased with President Donald Trump “holding the line” during the partial government shutdown over wall funding for the southern border.

Mendoza said she was “very happy” with Trump and blasted Pelosi for ignoring her requests to meet with her.

“I would love the opportunity to stand with Nancy Pelosi mother-to-mother and look her in the eye and say, ‘Which child of yours, or grandchild of yours would you give up to support this agenda?'” she said, adding, “It’s like a slap in our face and a kick to our loved one’s grave every time she does this.”

“And I want the public to know, and I want Nancy Pelosi to know: I called her office again today and requested another meeting next week when I’m in D.C. and it was dead silence from her staffer. I said, ‘This is Angel mother Mary Ann Mendoza. I’d like to request a meeting face-to-face, mother-to-mother with Nancy Pelosi about this situation.’ Dead silence, and the staffer said, ‘No. I’ll put you through and you could leave a voicemail.'”

“Why is [Pelosi] ignoring and refusing to meet with these heroic Angel mom’s?” asked Don Jr., captioning the video. “The victims of illegal immigration deserve a voice, even if Pelosi and her Democrat friends want to pretend they don’t exist.”

Why is @SpeakerPelosi ignoring and refusing to meet with these heroic Angel mom’s? The victims of illegal immigration deserve a voice, even if Pelosi and her Democrat friends want to pretend they don’t exist. #angel #mom

During the powerful segment, Angel Mother Agnes Gibboney, whose son was brutally killed by an illegal immigrant gang member — these are the kind of people trying to gain access to our country, despite the lies the media tries to feed you with — put Pelosi and Schumer on blast for their refusal to take action on this important issue.

“I would like to invite Nancy and Chuck Schumer to my son’s grave on January 28 so they can celebrate, well not celebrate, cry with me at his ‘manufactured grave,'” Gibboney said, according to Newsweek. “This is permanent family separation. … How dare she.”

“Chuck Schumer and Nancy Pelosi are just hypocrites,” said Angel Father Steve Ronnebeck, whose son was murdered by an illegal immigrant in 2015.

A group of heroic Angel families came to Washington, DC today to support building the wall and to tell their tragic stories of how they lost loved ones due to illegal immigration.

Unfortunately, you probably didn't know that, since the #FakeNews media continues to ignore them.

It is beyond disgraceful that liberal Democrats like Nancy Pelosi and Chuck Schumer care more about their own reelection and the advancement of their careers than they do about doing the right thing for our country and securing our border with a wall.

People are dying due to their desire for political expedience. Something has to give. Soon.