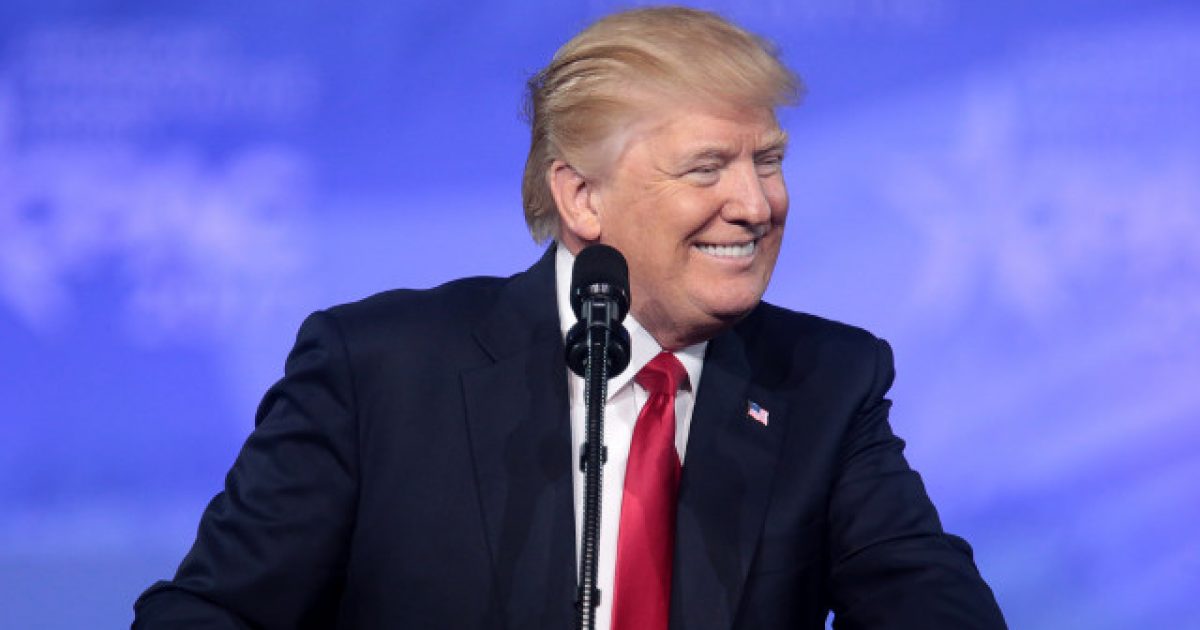 President Trump has proven time and time again that his trolling game has far exceeded the much sought after expert level, but his latest dig against Sen. Elizabeth Warren is out of this world hilarious.

Warren announced earlier this week that she would be putting together an exploratory committee for a presidential bid come 2020. Trump, who has famously — more like “infamously” — referred to her as “Fauxcahontas” due to her baffling claim to be Native American, has seized a perfect opportunity to mock her ruthlessly.

A few months ago, Warren released DNA test results that stated she was 1/1024 Native American, which basically means she more or less isn’t Indian at all. Trump released a mock up of a campaign slogan for her that pokes fun of the results.

With no accompanying words, Trump tweeted a campaign-style graphic that said “Warren 1/2020th,” a play on her 2020 ambitions and the test showing she could have as little as 1/1,024th Native American ancestry.

Trump has frequently referred to Warren derisively as “Pocahontas” for her longtime claims of having Native American ancestry. Warren listed herself as Native American while teaching at the University of Pennsylvania Law School from 1987 to 1995 and then at Harvard Law School beginning in 1995, and the unproven claim became a sore spot during her 2012 run for the U.S. Senate against Scott Brown.

Warren released a DNA test in October showing she could have an ancestor between six and 10 generations back, and she demanded Trump pony up the $1 million he had promised if she could prove her claims.

However, the marginal nature of the results backfired. The Cherokee Nation attacked her for using DNA to try to claim a connection, saying she had undermined tribal interests, and the New York Times reported Warren privately worried whether she had damaged her standing with progressive activists and minorities. Her advisers suggested to her that she apologize, although she has publicly stood by her decision.

The graphic came from The Daily Wire, a conservative site founded by radio host Ben Shapiro.

This is classic Trump right here. And in all honesty, with Warren having taken full advantage of her “status” in order to get certain breaks reserved for minorities, she absolutely deserves what she’s getting.

The left would be making a huge mistake to make her the Democratic Party presidential candidate, even worse than choosing Hillary.

On second thought, go for it guys!