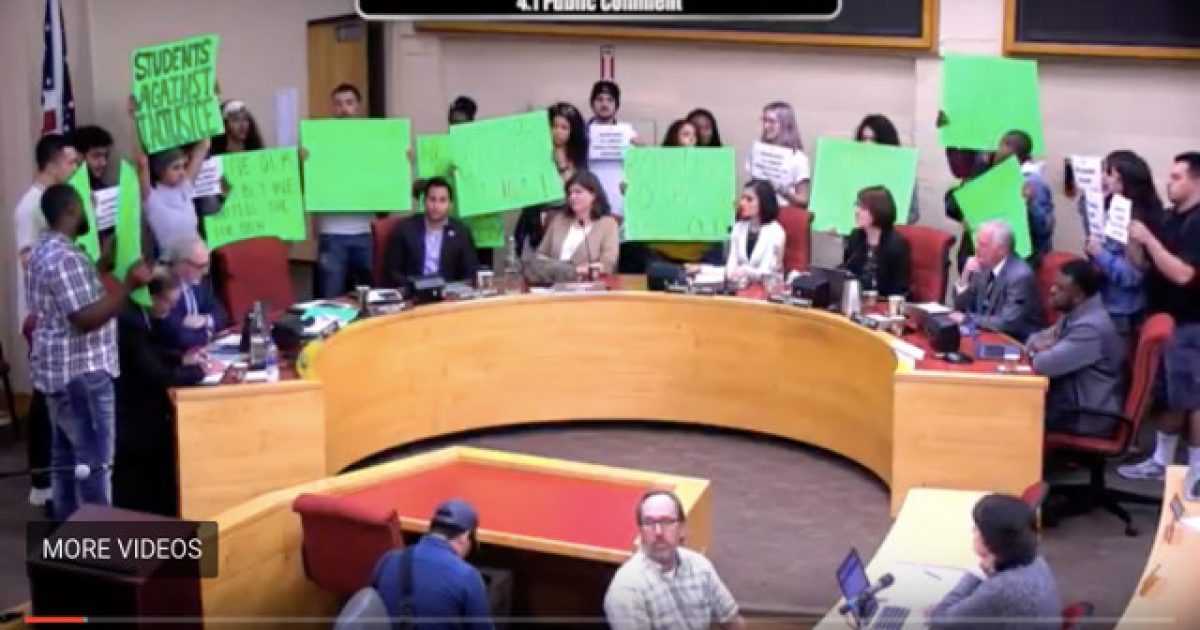 There’s no shortage of hatred for America and the symbol of all she stands for, Old Glory herself, on major college campuses across the country, a point made clear by the decision of the Santa Barbara City College Board of Trustees to chuck the Pledge of Allegiance.

It is “steeped in expressions of nativism and white nationalism.”

Live stream videos of the board’s past several meetings show that the last time members recited the Pledge of Allegiance during a board meeting was Dec. 13. During the Jan. 10 live-streamed meeting, Miller noted at the beginning that it was his first meeting as president of the board. It was also the first meeting since a similar circumstance in summer 2018 that members did not recite the pledge.

In addition to these reasons, Miller stated that he’d rather pledge his allegiance to the Constitution “instead of a physical object.”

“I also object to the phrase ‘one nation under God,’” Miller said. “The First Amendment not only protects freedom of speech and religion [but] it also expressly prohibits laws that establish a religion. The U.S. Supreme Court has expressly extended those rights to those who express no belief in God. Thus, I disagree with the 1955 act of Congress to add this phrase to the Pledge of Allegiance.”

In a statement to Campus Reform, Barber said that while speaking during a board meeting in spring 2018, she noticed that members did not recite the pledge then, either. She voiced her concerns to the president of the board at the time and the pledge was subsequently reinstated.

Barber gave a few personal reasons regarding why she cherishes the Pledge of Allegiance, with one being her experience living behind the wall in East Berlin, stating, “that bit of cloth represented home in a faraway place.”

At the end of her speech, Barber recited the Pledge of Allegiance and liberals reacted like a bunch of unruly kindergartners, which, if we’re being brutally honest, is pretty much what they are.

Protesters proceeded to stomp their feet and yell in response to Barber. Again, typical of what’d you expect from so-called adults with a second grade mentality.

It’s a sad state of affairs when dedicating yourself patriotically to your country suddenly become some sort of hate crime to those who are emotionally and intellectually challenged.

If they hate this country so much, why not just leave?