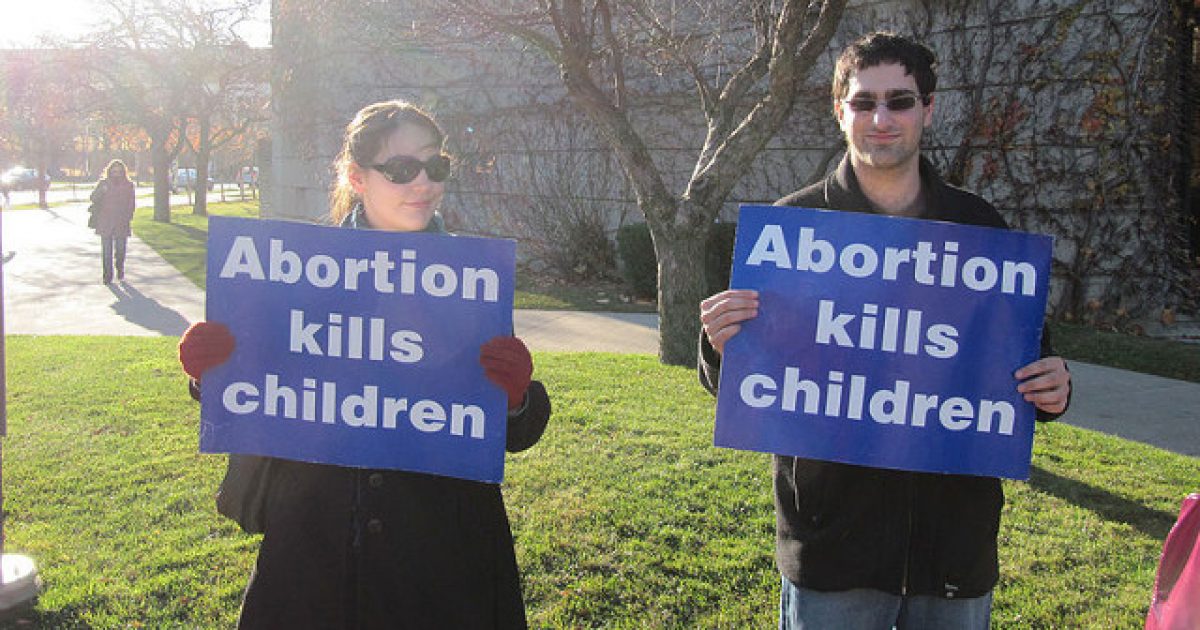 There’s no doubt that the topic of abortion is the Civil Rights issue of our modern era. The left might try to say that would be LGBTQ rights, but let’s face it. No one is slaughtering millions of homosexuals and transgender individuals in the streets on an annual basis.

Unfortunately, the same cannot be said for our most vulnerable citizens, the unborn, who, according to data compiled by Worldometers, were killed in 42 million abortions.

If the fact that 42 million children being brutally murdered doesn’t break your heart into a thousand tiny pieces, you might want t0 make sure you still possess a soul.

Woldometers collects its data from governments and other reputable organizations to compile its data. The sources for the abortion stats were provided by:

Each of those 42 million abortions represents a living human being whose life was violently destroyed in their mother’s womb. Each unborn baby already had their own unique DNA, making them distinct from their mother. That DNA indicated if the child was a boy or girl, their eye and hair color, their height, possible genetic disorders and other disabilities, and much more. In most cases, the unborn babies’ hearts are beating when they are aborted, too.

Here in the United States, 1 million babies are aborted every year. Fortunately, the abortion rates have been on the decline this past decade, though the practice remains one of the leading causes of death in the United States. An estimated 60 million unborn babies have died since the passage of Roe v. Wade in 1973, a horrible event that will be remembered at the March for Life in Washington, D.C. this coming January.

The harrowing abortion statistics worldwide come at a time when the Trump administration has been making great strides to curtail the United States from exporting the deathly practice to poorer countries. This past May, the administration told the World Health Assembly that abortion is not a form of family planning and should not be treated as such.

One cannot claim to value equality if they aren’t willing to defend the weakest, frailest, and most vulnerable of citizens, which in this case is the unborn.

To give this a little perspective, any decent human being would agree that the Holocaust was an absolutely disgusting and tragic event in human history. That’s a no-brainer, right? After all, Hitler wiped out six million Jews.

The human race just murdered 42 million people in a single year. That’s something like seven times the number of folks killed in the Holocaust. Yet the vast majority of people in our country, heck, in our world, are okay with allowing this gross injustice to continue.

The Holocaust was horrific on every level and so is abortion. It’s time we end this barbaric practice once and for all. The murder of an image bearer of God is a serious, serious offense. It’s an attack on the Creator Himself, the ultimate act of cosmic treason.

As such, abortion should be abolished and those who continue to practice it brought up on charges of murder. This is the only way to protect the rights of the unborn. Let’s pray and work toward this kind of change in our country.