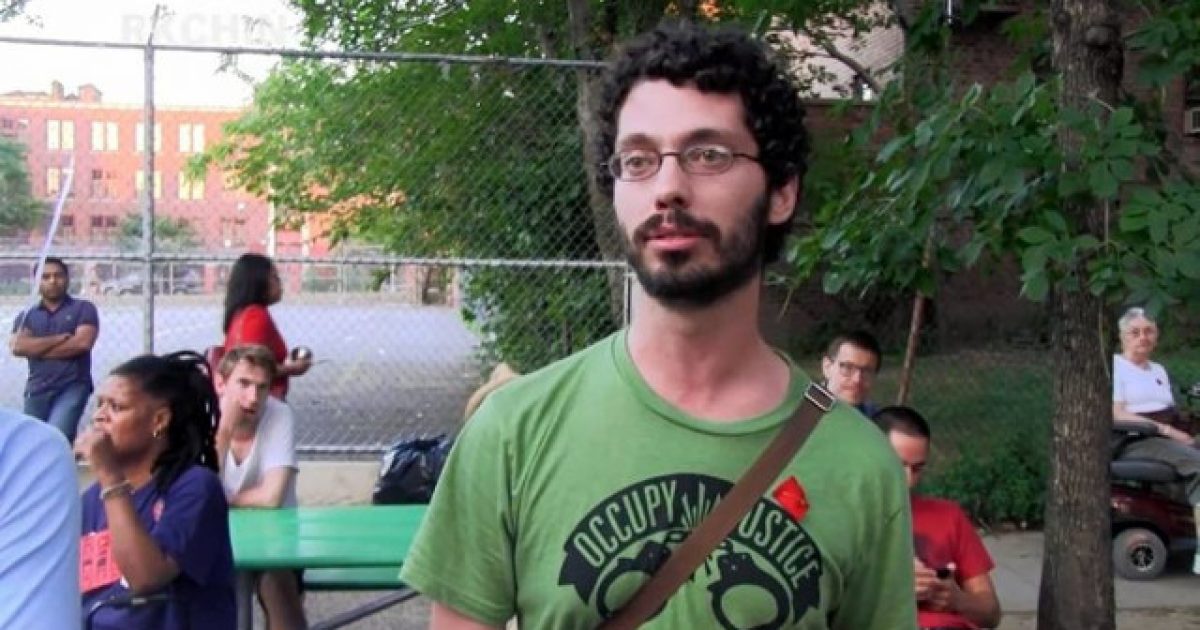 A leader for the “Smash Racism DC” Antifa group just got arrested for “ethnic intimidation” in connection with a brutal attack carried out on Hispanic Marines that took place back in November in Philadelphia.

This is the same group that went after Fox News host Tucker Carlson and surrounded his home a while back.

While Antifa presents itself as “anti-fascist” and “anti-racist,” as an Antifa group in Philly demonstrated in November, they openly embrace fascistic violence and racist behavior, not only against anyone they perceive to be white, but minorities who don’t back their radical agenda.

In their testimony in December, U.S. Marine Corps reservists Alejandro Godinez and Luis Torres described the heinous attack on them by a Philly Antifa group. Unaware that a “We the People” rally was taking place in city, which prompted yet another brawl between Antifa “protesters” and members of the alt-right Proud Boys, Godinez and Torres ended up being victims of Antifa violence. While touring landmarks in the city, the two Marines were approached by suspect Thomas Keenan, 33, who asked if they were “proud.” “We are Marines,” Godinez replied, not understanding the context of the question.

That’s when about ten Antifa members, some masked, attacked the two Marines, punching, kicking them, stomping on them, and spraying them with mace multiple times. The Antifa members initially called the Marines “Nazis” and “white supremacists,” but after Godinez yelled out, “I’m Mexican!” the assaulters allegedly began to hurl racial slurs at them, including “spic” and “wetback.” Keenan, Godinez testified, was “laughing, smiling, and having a good time, while I could have died that day.”

On Tuesday, the Daily Caller’s Andrew Kerr reported that another Antifa member has since been arrested and charged with multiple felonies, including “ethnic intimidation”: the leader of “Smash Racism DC,” Joseph “Jose” Alcoff, who also goes by the name “Chepe.” Alcoff was charged on Jan. 10 with 17 charges, “including multiple counts of aggravated assault, ethnic intimidation, conspiracy and terroristic threats, and one count of robbery while inflicting serious bodily injury,” Kerr reports.

An affidavit filed in the case reveals that The Daily Caller News Foundation’s reporting on Alcoff’s connection to violent Antifa groups was an integral factor leading to his arrest. …

This just goes to demonstrate that most of the folks who belong to Antifa aren’t really sold on the ideas and principles they spew all over social media. They’re simply sick and twisted individuals looking for a way to justify outward expressions of violence.

If you look at the group’s track record, it’s riddled with violent assaults and attacks, especially against conservatives and Trump supporters.

The methods that Antifa employ to make their point borders on terrorism. Maybe it’s time they be labeled as such in an official capacity.