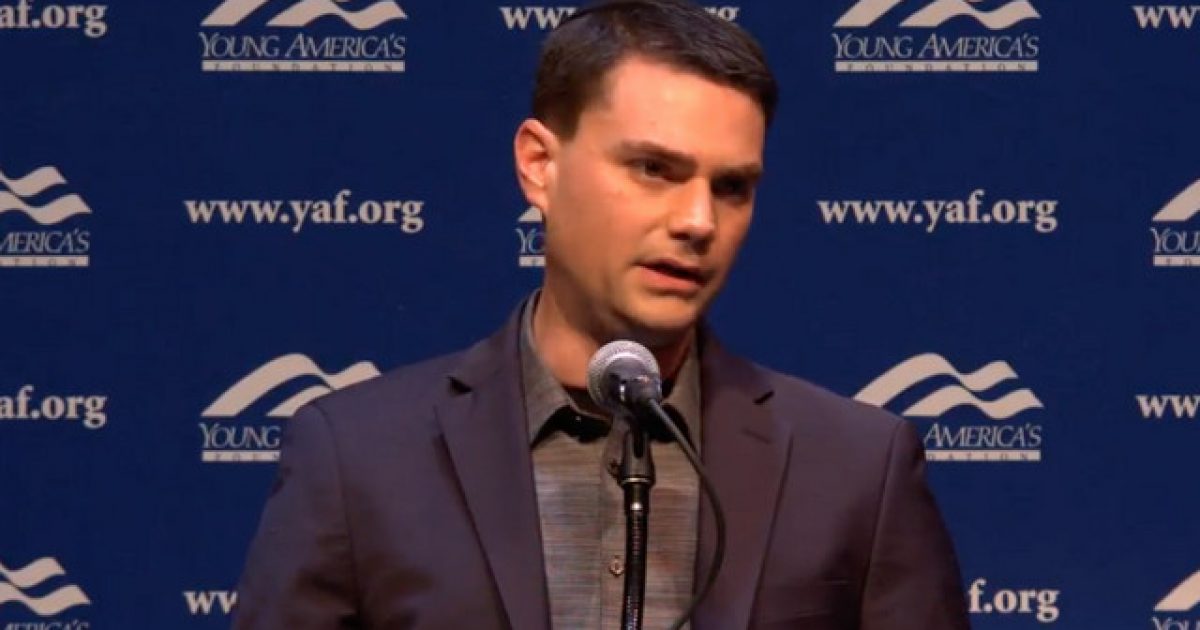 A female associate professor at Loyola Marymount University threw an absolute fit on Twitter Tuesday night after the school decided to go ahead and allow Daily Wire editor-in-chief Ben Shapiro to speak at the institution, claiming he “espouses hate speech, and is linked to numerous hate groups.”

Of course, by hate speech, she means he holds a differing worldview and political ideology than her own.

The associate professor is also planning protests for the event. Because that’s what you do if you’re “woke.”

Ben Shapiro espouses hate speech, and is linked to numerous hate groups. As a LMU Professor, I will be organizing protests, and alerting the media of LMU’s decision to support hate speech–which is completely antithetical to our University Mission.

Lozano did not offer any information to buttress her claim that Shapiro espouses hate speech, and no information supporting her claim that he is “linked to numerous hate groups.” It’s ironic that Lozano should describe Shapiro as “linked to numerous hate groups”: as has been amply documented, in 2017, the Anti-Defamation League conducted a study in which it examined 19,253 explicitly anti-Semitic Twitter messages tagging roughly 800 reporters and editors, and found that the top target by a wide margin was Shapiro, who was tagged in over 7,400 of the tweets, roughly 38% of the total and roughly four times as many as any other journalist.

Lozano’s threat to organize protests is reminiscent of February 2016, when professors at Cal State Los Angeles furiously condemned the event on the campus where Shapiro was speaking. One professor threatened to fight the students who had invited Shapiro, calling them “white supremacists,” while another reportedly spread rumors that conservatives were threatening to bring guns to the event. A near-riot broke out at the event itself; intolerant students and staff barricaded the doors to the event, assaulting those who dared to enter the public space, while attendees had to be quietly sneaked in through a back door.

If your current worldview leaves you so intellectually void of possible defenses for your ideas and beliefs that you fall apart at the mere thought of being challenged and confronted with a different view of the world, then it’s probably time to ditch those beliefs.

Unfortunately, the left has bought hook, line, and sinker into their own delusions of creating a utopian society run by a government led by the “elites” of society, the best of the best, so to speak, so to believe in anything else is blasphemy.

It’s a pipe dream at best and a nightmare waiting to happen for anyone who understands that socialism can never work. Will never work.

Shapiro goes to these places and makes that point abundantly clear. The rebuttals he uses leave his opponents speechless and unable to defend their positions. No doubt that leaves them shook, so much so the very thought of having the foundations of their belief system challenged makes them have nervous breakdowns.

Let’s hope Shapiro brings the heat during his time at Loyola.