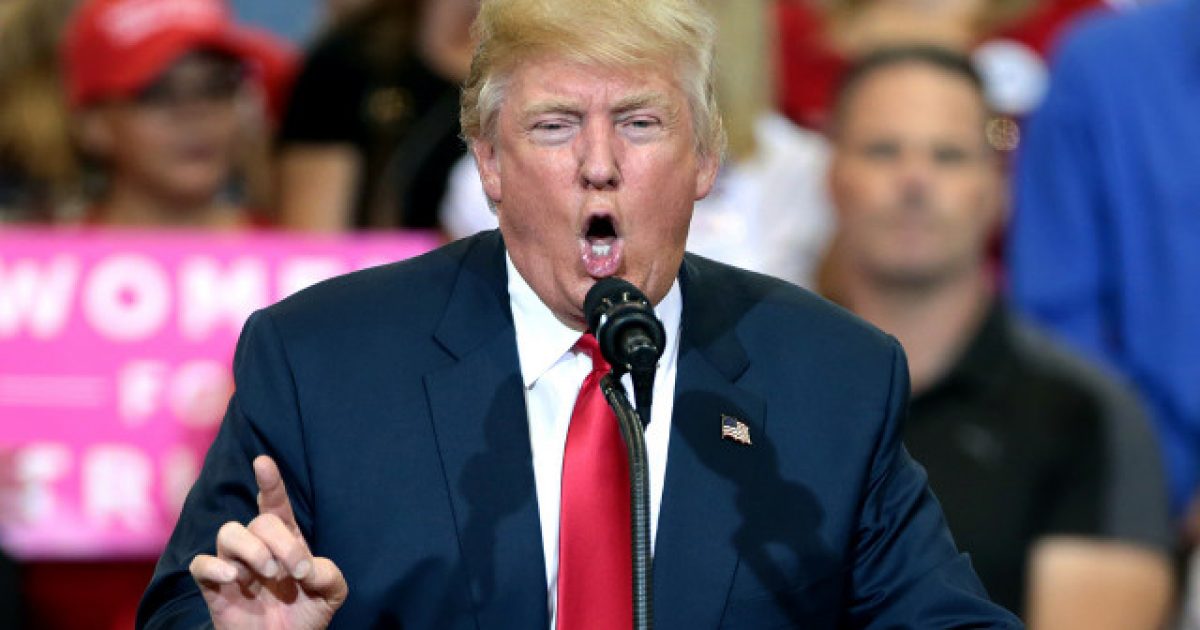 President Trump recently went on a tweet storm, slamming Democrats for not coming back to the negotiating table to crank out terms that would bring the current government shutdown to an end and likely provide funding for the border wall he’s currently fighting for.

Trump called Democrats out for being on a “winter retreat” to Puerto Rico, partying with stars from the Broadway smash “Hamilton” while folks back in Washington aren’t getting paid.

“I’ve been waiting all weekend. Democrats must get to work now. Border must be secured!” Trump wrote early Monday in a series of tweets. “Nancy and Cryin’ Chuck can end the Shutdown in 15 minutes. At this point it has become their, and the Democrats, fault!”

He then pointed out that some Democrats had flown south for the weekend. “Dems in Puerto Rico as Shutdown hits day 24,” he wrote.

I’ve been waiting all weekend. Democrats must get to work now. Border must be secured!

Nancy and Cryin’ Chuck can end the Shutdown in 15 minutes. At this point it has become their, and the Democrats, fault!

As the longest government shutdown in history continues, about 30 Democratic lawmakers reportedly jumped on a chartered flight down to Puerto Rico for a winter retreat in San Juan with over one hundred lobbyists and corporate executives. Among the scheduled events for the weekend retreat was catching a showing of “Hamilton” and attending an afterparty with its cast, the Washington Times notes.

While the overarching purpose of the Congressional Hispanic Caucus BOLD PAC retreat was to talk about the Hurricane Maria cleanup efforts, event organizers made sure to add lots of perqs.

“We are excited for you to join us for CHC BOLD PAC’s 2019 Winter Retreat in San Juan, Puerto Rico! Each year, this retreat serves as a way for our CHC BOLD PAC Members and friends in the D.C. community to come together to escape the cold and discuss our shared priorities for a stronger and more prosperous country,” reads an excerpt of a CHC BOLD PAC memo published by the Washington Times.

“This year, BOLD PAC has chosen to host our winter retreat in Puerto Rico to send a strong message that there is still much work to be done in the aftermath of Hurricane Maria,” the memo continues. “We appreciate your interest in meeting with local elected officials, non-profits, and labor and business leaders to learn more and hear their critical perspectives about the ongoing recovery needs on the island.”

The damage done to our Country from a badly broken Border – Drugs, Crime and so much that is bad – is far greater than a Shutdown, which the Dems can easily fix as soon as they come back to Washington!

Thousands of illegal aliens who have committed sexual crimes against children are right now in Texas prisons. Most came through our Southern Border. We can end this easily – We need a Steel Barrier or Wall. Walls Work! John Jones, Texas Department of Public Safety. @FoxNews

Isn’t it ironic that Democrats constantly slam President Trump for not caring about America by shutting down the government, yet here they are, enjoying a nice taxpayer funded vacation instead of working around the clock to come up with a compromise to bring this thing to an end?

This exposes Democrats for what they truly are, which is greedy, power hungry, political opportunists. Now, are Democratic voters paying attention to all this?

We can only hope, though we probably shouldn’t hold our breath.