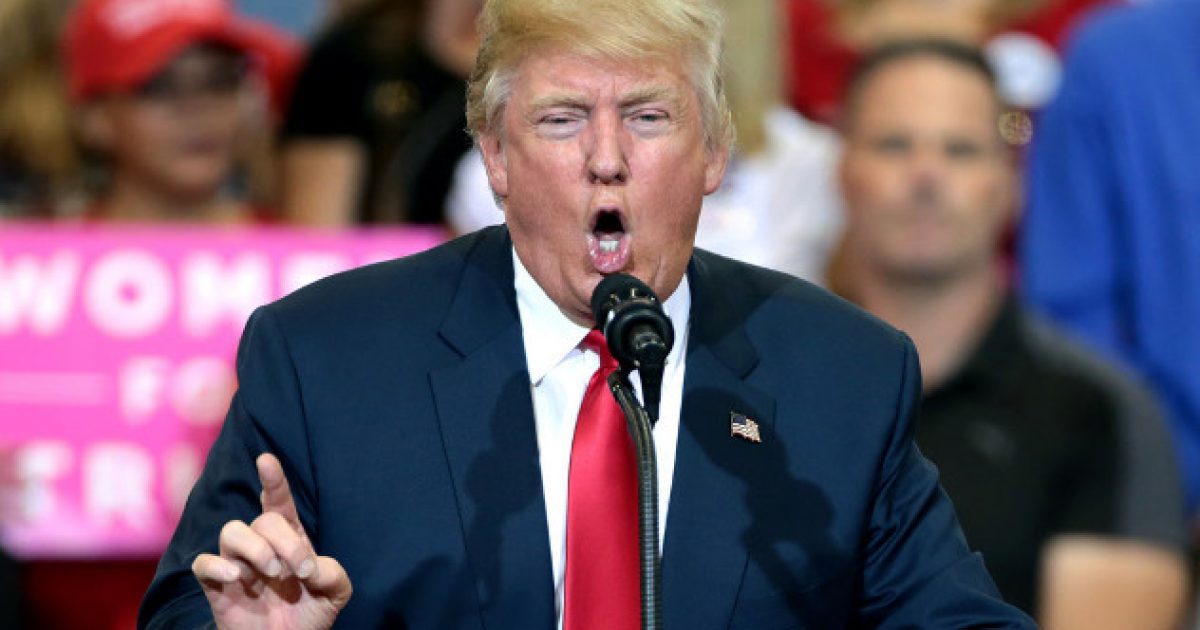 President Trump, never a man to miss an opportunity to weigh in on whatever hot button issue is the top story of the day, hopped on Twitter to share his thoughts on the whole Covington Catholic High School student controversy taking the Internet by storm.

For those not up to speed, a video was posted over the weekend of a confrontation in Washington, D.C. between these students and Native American activist Nathan Phillips. This video has been twisted out of context to make the kids look like racists when other videos reveal the truth.

“Looking like Nick Sandman & Covington Catholic students were treated unfairly with early judgements proving out to be false – smeared by media,” Trump tweeted. Not good, but making big comeback! ‘New footage shows that media was wrong about teen’s encounter with Native American.'”

Looking like Nick Sandman & Covington Catholic students were treated unfairly with early judgements proving out to be false – smeared by media. Not good, but making big comeback! “New footage shows that media was wrong about teen’s encounter with Native American” @TuckerCarlson

The president was referencing a segment that Fox News host Tucker Carlson ran on his Monday night broadcast where Carlson showed what happened to the high school boys that the media failed to show.

Tucker Carlson highlights what happened to the high school boys from Covington Catholic High School that the media failed to show pic.twitter.com/xg7uqaRi12

Carlson also called out specific individuals and organizations for things they said about the boys and he called out Twitter for allegedly not taking any action against those who called for violence against the boys.

Tucker Carlson calls out the following individuals/organizations for things they wrote about the Covington Catholic High School boys:

The media rushed to smear the boys and many issued apologies after the ensuing outrage on social media.

“Hey guys. Seeing all the additional videos now, and I 100% regret reacting too quickly to the Covington story,” CNN’s S.E. Cupp tweeted. “I wish I’d had the fuller picture before weighing in, and I’m truly sorry.”

Many folks in the media, some of which are extremely liberal, have also come out and apologized for jumping the gun on the situation, which ought to tell you just how backwards this thing was from the get go.

The media is in such a frenzy to find a juicy story, particularly one that seems to work well to advance their anti-Trump agenda, that they’ll drop all forms of journalistic integrity and due diligence, to be the first ones to report it.

Don’t ever forget that the media is still a business. Ad revenue from clicks and viewers is still the grand prize, as this leads to a massive payday, so don’t think for a second that activism is their main motivation in the morning.

Hopefully more folks will come out and apologize over the whole thing.