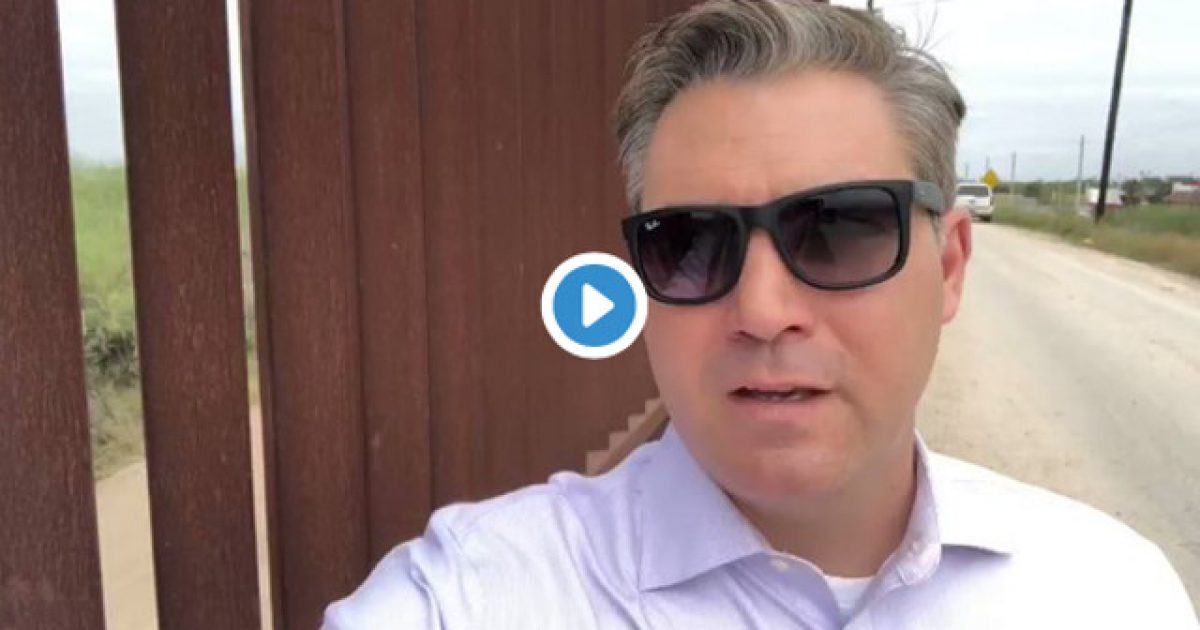 You’d think by now Acosta would have learned his lesson not to take on Trump, seeing as how it’s always ended badly for him, but, like a dog that returns to his vomit, the man keeps coming back for more.

Say, isn’t the definition of insanity trying the same thing over and over again expecting different results?

Acosta posted multiple videos to his Twitter account showing how safe the border was in an area where there were large steel slats separating the border.

After being mocked the entire day on social media and in news reports, Trump mocked Acosta on Twitter, tweeting, “Dear Diary…” at him.

The term “Dear Diary” is used to mock Acosta on social media because his posts often sound like he is writing his personal feelings in a diary.

Acosta had posted multiple videos on Twitter that earned him significant ridicule all day:

I am *shocked* that a glib video, customized for re-tweets and filmed in broad daylight along one of the more secure parts of the RGV by a reporter who parachuted in for the day, did not reveal anything dramatic. https://t.co/TgPzMtU8pl

Imagine if a CNN reporter drove to a small town in western PA, whipped out his phone and said, "I found a white working class town, but I don't see any corpses of heroin addicts lying around in the streets…" https://t.co/g4D5Bjnvhx

So physical border barriers work and you can safely shoot self-indulgent selfie vids without worrying about getting shot, robbed, kidnapped, or threatened. Thanks, tool! https://t.co/BTq0f1GepP

Glad to see the steel slats are deterring illegal immigrants from attempting to cross the border exactly as @realDonaldTrump said they would. This is why we need to #BuildTheWall along the rest of our southern border. #WallsWork https://t.co/EWJYbq78Dn

Acosta has yet again proven that he’s a completely incompetent reporter, which is something the vast majority of Americans, even non-Trump supporters, already knew and acknowledged.

It should be a matter of common sense to state that fences and walls work to keep illegal immigrants out of our country. After all, don’t front doors and locks do a fantastic job of keeping criminals out of our homes?

So many people say that you can’t compare personal, private home security to the security of the nation, but that’s not true. You most definitely can.

Now that Acosta has been humiliated for the millionth time, will he finally learn his lesson and recalibrate his approach to dealing with Trump?