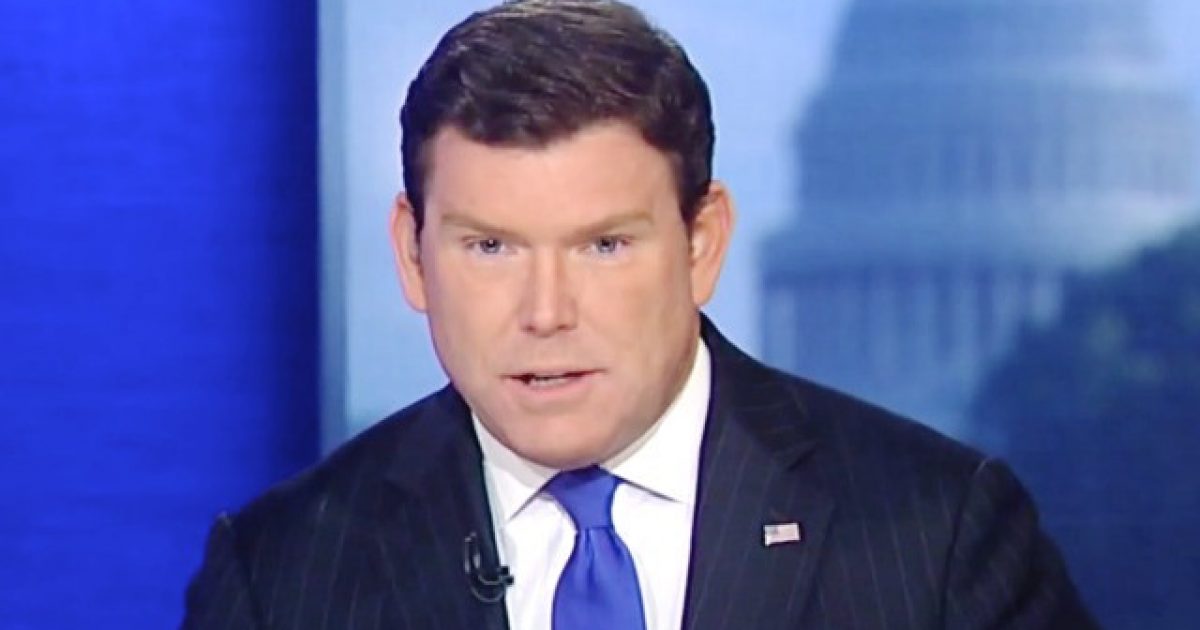 Fox News host Bret Baier and his family were involved in a very serious car accident in Montana on Monday, according to a report given by late night talk show host Stephen Colbert.

Baier was due to make an appearance on Colbert’s show, but couldn’t make the appearance due to the accident, which apparently involved the car flipping over.

“We just found out that he and his family were in a car accident in Montana,” Colbert said, referring to Baier, who was scheduled to be a guest on CBS’s “The Late Show.” “Bad, like, jaws of life to get him out of there.”

“They’re all in the hospital but they’re going to be OK,” he continued. “And we just want to say: We hope you’re doing better.”

“Bret’s message to everyone out there is: They’re going to be OK, thank you for your thoughts and prayers for him and his family, and please, wear your seatbelt,” Colbert added. “It makes a difference.”

Baier, 48, who has a wife and two sons, released a statement on Monday night to describe the accident and to thank those who helped him and his family get to the hospital quickly. Baier is expected to be back on the air Tuesday evening.

“After a weekend of skiing with my wife and two boys in Montana, driving to the airport Monday morning on icy roads, we were involved in a major car crash,” Baier said in a statement. “Thanks to a man driving by named Zach who stopped and helped, we were able to climb out of the flipped car. And thanks to the first responders and Montana Highway Patrol — we made it to the hospital quickly. We are very grateful to all of those who helped us out.

“My advice to everyone is to always wear your seatbelt and to count your blessings everyday. I tweeted this out as we left the hospital banged up, but alive,” he continued. “Don’t take anything for granted — every day is a blessing and family is everything. It’s always good to remind yourself of that before something does it for you.”

Don’t take anything for granted – every day is a blessing – and family is everything. It’s always good to remind yourself of that – before something does it for you. #countyourblessings

This sounds like a terrifying situation, doesn’t it? Can’t imagine how shook up his wife and kids are after such a horrific incident.

Fortunately, everyone seems to be doing okay now, so hopefully the recovery for all involved will be quick. Continue to show support for the Baier family by sending them thoughts and prayers.