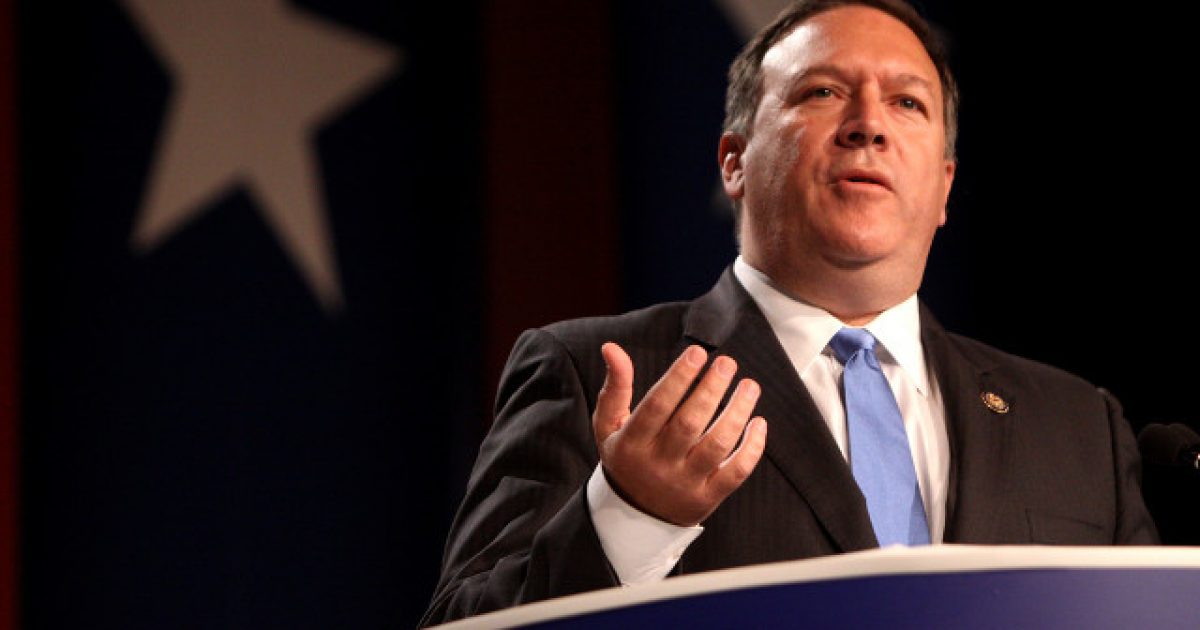 Secretary of State Mike Pompeo went on the warpath against the legacy of former President Barack Obama at the site where he famously delivered a speech to the Muslim world basically shaming America.

Pompeo, speaking in Cairo, stated that the “age of self-inflicted American shame is over,” a statement that will no doubt make patriots across the country cheer out loud.

Pompeo delivered his remarks in Cairo, where Obama famously spoke in 2009 and promised a new beginning with Muslim and Arab countries. He was criticized by conservatives for placing too much blame on the U.S. for strife in the region.

Pompeo, while not mentioning Obama by name, said that “it was here, in this city, another American stood before you” and “told you that radical Islamist terrorism does not stem from ideology.”

Pompeo said that under Obama, the U.S. abandoned its allies and was “timid” about asserting itself, that the U.S. “grossly underestimated the tenacity and viciousness of radical Islamism,” and kept silent as Iranians tried to rise up against the regime in Tehran.

He also criticized Obama-era policy for “wishful thinking [that] led us to look the other way” as Hezbollah built up its weaponry in Lebanon, and for doing nothing as Syrian President Bashar Assad gassed his own people.

He then took another swipe at the 2015 Iran nuclear deal — from which the U.S. withdrew last year. The U.S. has since re-imposed economic sanctions on the country, including on oil exports.

“Our eagerness to address only Muslims, not nations, ignored the rich diversity of the Middle East, and frayed old bonds. It undermined the concept of the nation-state, the building block of international stability,” he said. “And our desire for peace at any cost led us to strike a deal with Iran, our common enemy.”

“The good news is this: The age of self-inflicted American shame is over, and so are the policies that produced so much needless suffering. Now comes the real ‘new beginning,’” he said.

It is gloriously refreshing to hear someone in a position of power and authority actually praise America and boldly defend her greatness on the world stage, especially after the eight long years of Obama making apologies for our nation being so awesome.

Say what you will about President Trump, but if there’s one thing he’s managed to do during his short time in office, it’s reinvigorate a sense of patriotism and love for country that was in danger of disappearing when the radical left was running the show.

We should be proud of the accomplishments of this fantastic country. There’s a reason we’re considered the greatest nation on the planet. It’s time for us to get back to behaving like it.