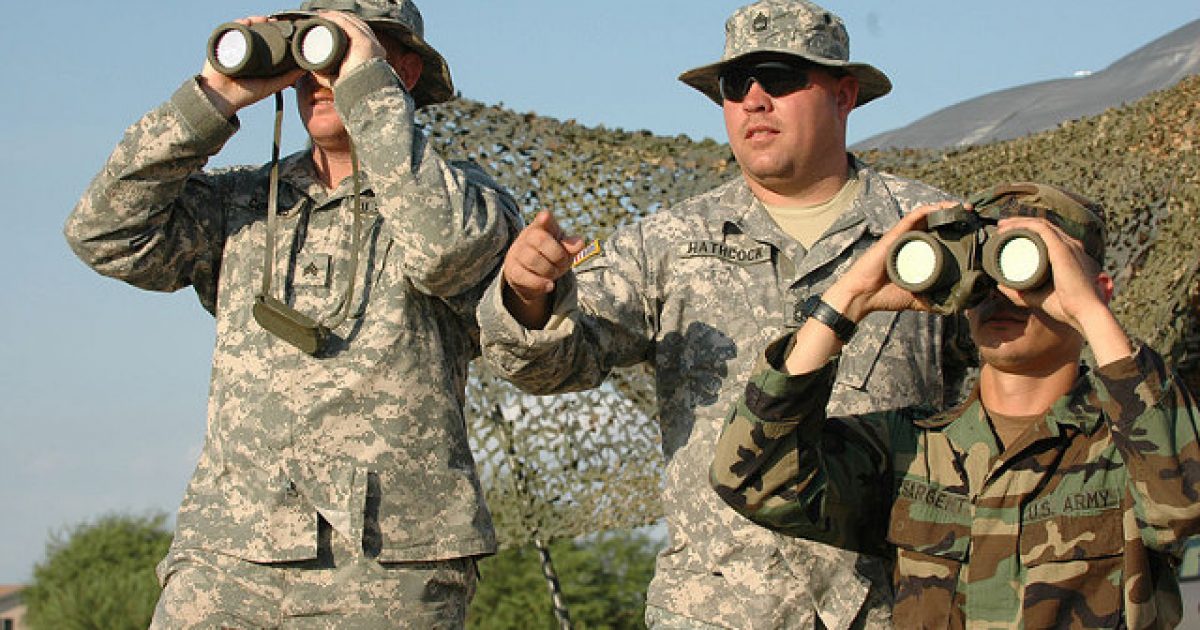 A new report says that an additional 2,000 active duty U.S. troops are going to be deployed down to the southern border, with the mission in mind of building and reinforcing 160 miles of concertina wire.

This, my fellow tax paying Americans, is why we need the border wall. So that we don’t have to deploy active service men and women to do the job a few bricks could do, wasting time and manpower.

“We are currently sourcing the units involved and there will be an increase of a few thousand troops,” a Department of Defense spokesperson said in a statement on Tuesday. “We will provide more clarity on the numbers when we have it.”

The additional forces will bring the total number of troops to nearly 4,500, but that number will be temporary as some units are expected to return to their bases, the official said.

At the mission’s peak in December, about 5,900 service members were deployed. There are also about 2,200 National Guard troops who have been serving on the southern border since last April.

The additional concertina wire is part of the latest Department of Homeland Security request to the Pentagon for additional support, which was approved by Shanahan earlier this month.

Since the fall, military engineers have already built approximately 70 miles of wire obstacles and placed movable barriers at 22 ports of entry in Texas, Arizona and California, according to the Department of Defense.

What makes no sense here is how opposed the Democrats in Congress are to having a border wall that costs $5 billion, when the cost of sending troops down to the border is $682 million. In the long run, it would be a better investment to build the wall.

Not to mention it would increase the safety and security of American citizens, which is supposed to be the government’s top priority to begin with. Instead, these folks have switched things around.

They want to keep minorities locked into the Democratic Party, so they try to keep the border open and the welfare benefits flowing.

These folks are just political pawns to them.