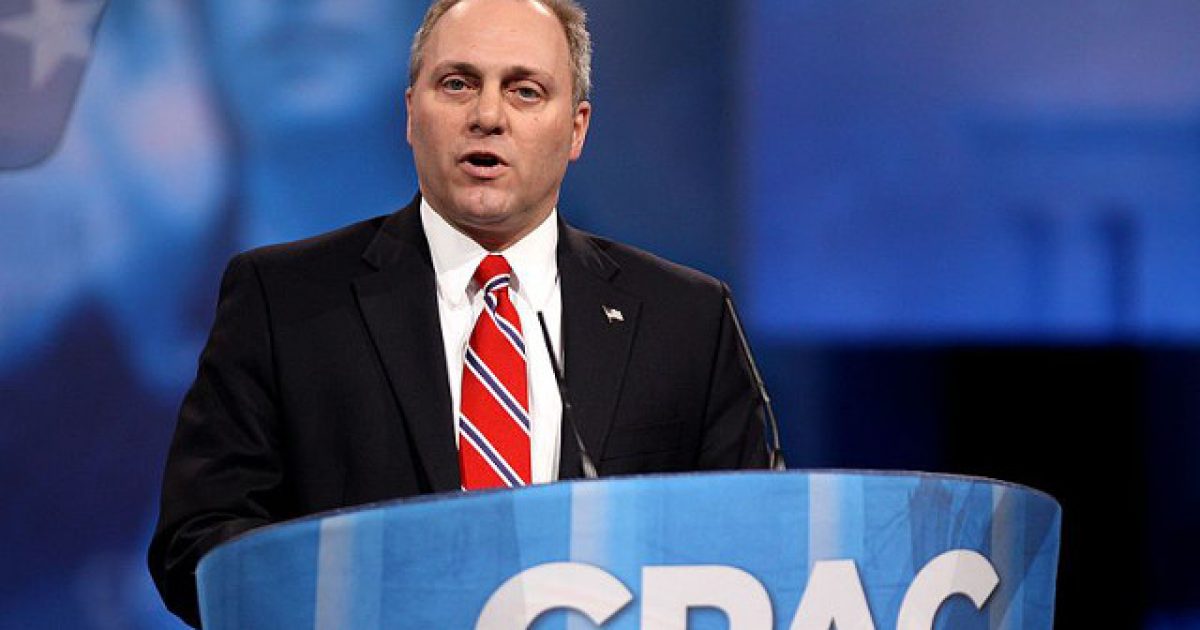 House Minority Whip Rep. Steve Scalise recently got into a disagreement with freshman Congresswoman Rep. Alexandria Ocasio-Cortez on social media, and as we’ve all come to expect by now, her oh so lovely left-wing supporters decided to get in on the action by threatening Scalise.

Scalise is not a man who will take that kind of garbage, so he fired back at these wonderful pieces of humanity with a response that couldn’t be more perfect.

On Saturday, Scalise criticized Ocasio-Cortez after she told “60 Minutes” she supports a progressive tax of up to 70 percent.

Republicans: Let Americans keep more of their own hard-earned money
Democrats: Take away 70% of your income and give it to leftist fantasy programs https://t.co/NxJPSCqvrt

In response, Ocasio-Cortez accused the senior statesman of being unaware of how marginal tax systems work. She then launched into a broadside against the Republican Party.

You’re the GOP Minority Whip. How do you not know how marginal tax rates work?

Oh that’s right, almost forgot: GOP works for the corporate CEOs showering themselves in multi-million????bonuses; not the actual working people whose wages + healthcare they’re ripping off for profit. https://t.co/R1YIng2Ok1

If Ocasio-Cortez’s response wasn’t enough, some of her supporters took the belligerence to the next level by threatening Scalise, who was nearly murdered last year by a Democratic terrorist.

Some of Ocasio-Cortez’s supporters said:

“She’s got better aim than [the Democratic terrorist who shot Scalise, nearly killing him], that’s for sure.”

So how did Scalise respond? He snapped a couple of screenshots of the individuals making these comments and tweeted it at Ocasio-Cortez, stating that he would like to continue their debate on the topic on the floor of the “People’s House” and not engage with her “radical followers.”

Hi @AOC. Happy to continue this debate on the Floor of the People’s House, but it’s clearly not productive to engage here with some of your radical followers. #StayClassy pic.twitter.com/lZCO3oiLUZ

This just goes to show you that the radical left — which has hijacked the Democratic Party — is not at all capable of showing even the slightest bit of human decency toward individuals who think differently than they do. Not a drop.

It’s perfectly acceptable to disagree with a set of beliefs or ideas and to express your concern with others who hold those views. Doing this in a calm, collected discussion with individuals who have a different worldview is how innovation and truth get spread to the masses.

There’s no need for all the hate. Why can’t we all just treat each other like regular people and have calm political discourse?