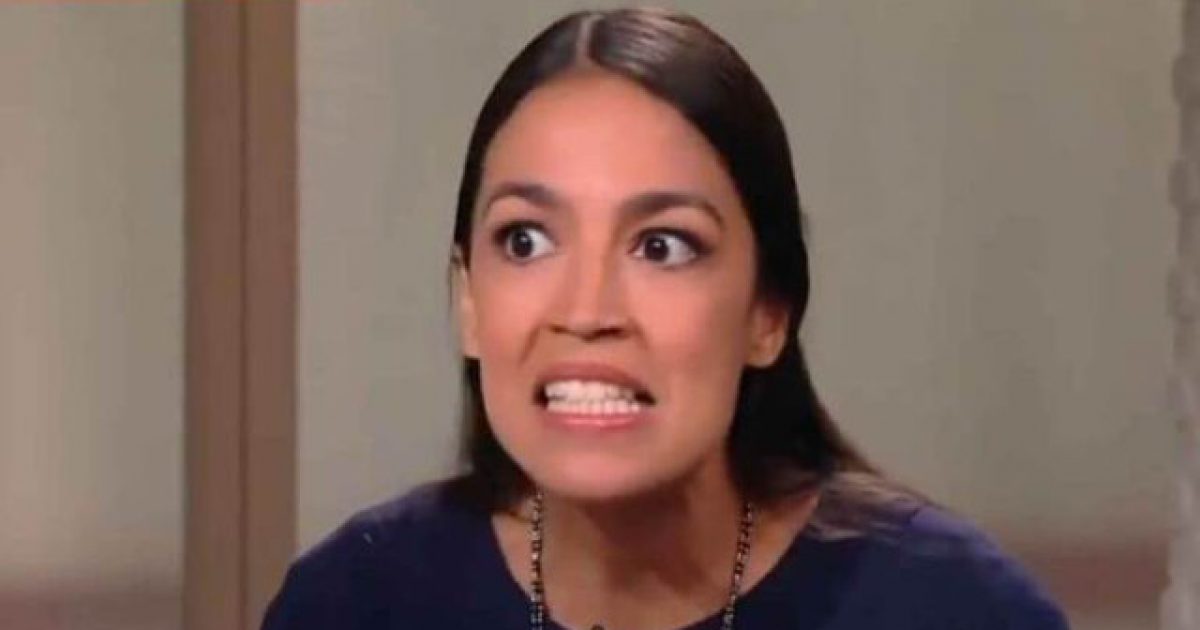 Infamous Democratic socialist Rep. Alexandria Ocasio-Cortez had a meltdown of epic proportions on Monday after a few liberal leaning media outlets decided to do their jobs for once and fact-checked her and called her out for defending numerous falsehoods she has told.

Apparently it’s okay for the left to fact-check Trump, but it’s not okay to do so with their new darling.

The former bartender claimed on CBS News’ “60 Minutes” on Sunday that people were too focused on being “factually” accurate, and not focused enough on being morally right, which drew widespread criticism.

Even leftist Whoopi Goldberg slammed Ocasio-Cortez, advising her to “sit still for a minute and learn the job .. .before you start pooping on people and what they’ve done, you got to do something … ”

Ocasio-Cortez then suggested that it was not fair that she was, in her own mind, being held to the same standards as President Donald Trump.

Facts are facts, America. We should care about getting things right. Yet standards of who gets fact-checked, how often + why are unclear.

This is where false equivalency+bias creeps in, allowing climate deniers to be put on par w/scientists, for example.https://t.co/87c6kVzIuI

Thank you for sharing @washingtonpost’s rubric!

Except the standard for “4 Pinocchios” just says: “Whoppers.”

That’s it. “Whoppers.” As an official fact checking standard.

Cheeky, but really not okay to be held to a jokey standard when 45 is advancing conspiracy theories. https://t.co/eNw4e8jhIu

For example, it looks like @PolitiFact has fact-checked Sarah Huckabee Sanders and myself the *same* amount of times: 6.

Why is she fact-checked so little? Is she adhering to some standard we don’t know about?

This is helpful! Thank you.

I do think it is important to point out that there is still admitted discretion: “we select the most newsworthy+significant ones.”

That means no real standard. So it’s still fair to ask why a controversial WH Press Sec is getting let off so easy. https://t.co/VqwzfPoCVI

Isn’t it just a tad hypocritical to call for the president to be held to a certain standard that you yourself are not willing to be held to?

Ocasio-Cortez has herself expressed aspirations to possibly one day run for president. How’s that going to work out for her if she can’t hack being criticized and held accountable for untruths she’s spoken in the past?

In all honesty, if she keeps up her current behavior, she’s not going to have a lengthy career in public service, and if we’re being honest, that could be really good news for America.