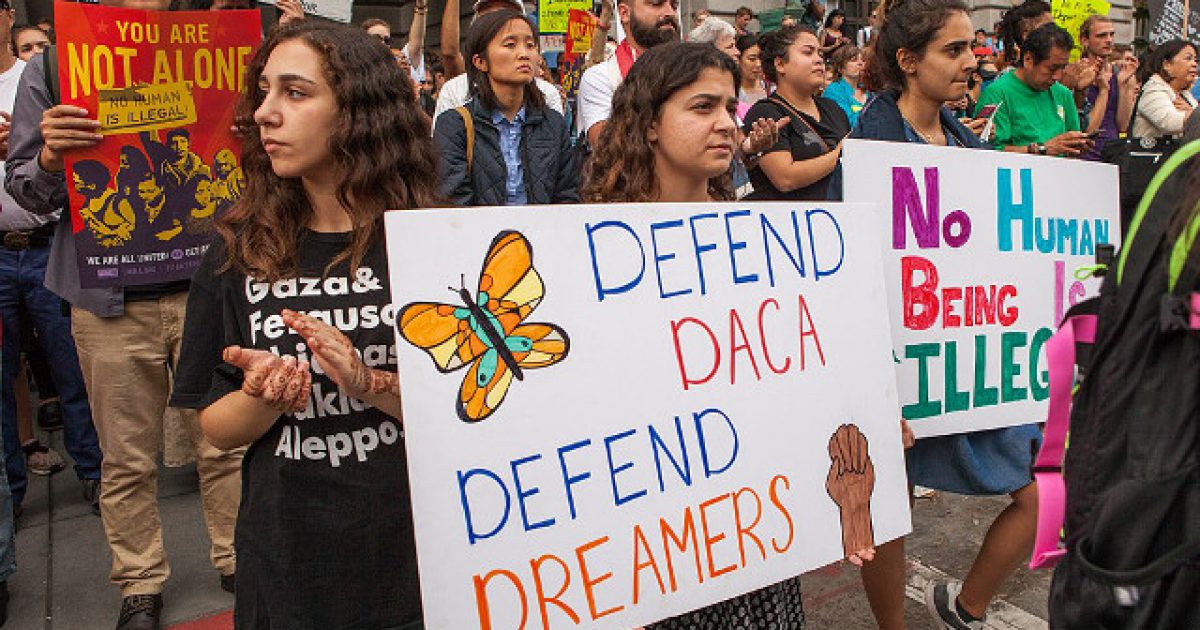 According to a new report, Republicans are quietly working to put together a large immigration bill that includes funding for the border wall, but is designed to entice Democrats to come on board with a few concessions.

CNN reporter Manu Raju reported the deal would include the $5.7 billion needed to fund the wall, but in turn, it would give Democrats something they’ve been wanting for awhile — amnesty through DACA.

DACA is the amnesty granted by former President Barack Obama to some illegal aliens through “deferral” of deportations. The program has been excoriated by Republicans, including the president, but he has also said in the past that he could support some form of the policy.

The report says that the plan is still in early stages, but that Republican Senators hope it will lead to a breakthrough to end the government shutdown, now in its third week.

Raju said that Trump’s son-in-law and top aide Jared Kushner, indicated that the White House would be interested in a deal that would get funding for the border wall and could pass the Senate. He did not say whether Trump would sign the proposed legislation.

“Kushner came to the Capitol today after talks at the WH collapsed,” he tweeted. “Graham has pushed a bigger immigration deal including DACA and the border wall, something Kushner has been open to.”

Kushner came to the Capitol today after talks at the WH collapsed; Graham has pushed a bigger immigration deal including DACA and the border wall, something Kushner has been open to. Kushner left without taking questions https://t.co/AdmykMjxRY

Earlier Wednesday, talks between the two sides broke down completely when the president walked out of a meeting after Pelosi said she would not even consider a deal on a budget with border wall funding. Democrats excoriated the president in a press briefing following the meeting, while his allies criticized the Democrats for stonewalling.

What’s the point of having a border wall if you’re just going to allow a bunch of illegal immigrants to stay here to begin with? Seems like sort of a strange compromise, doesn’t it?

Anyway, the real question is what would President Trump’s base think of this measure if it passed? Would this make them question whether or not to support the president when he goes up for reelection next year?

On the one hand, they’d be getting something they really, really want, so there’s a good chance they’d let the DACA thing slide. But realistically, this will probably upset folks.

Guess we’ll have to wait and see.