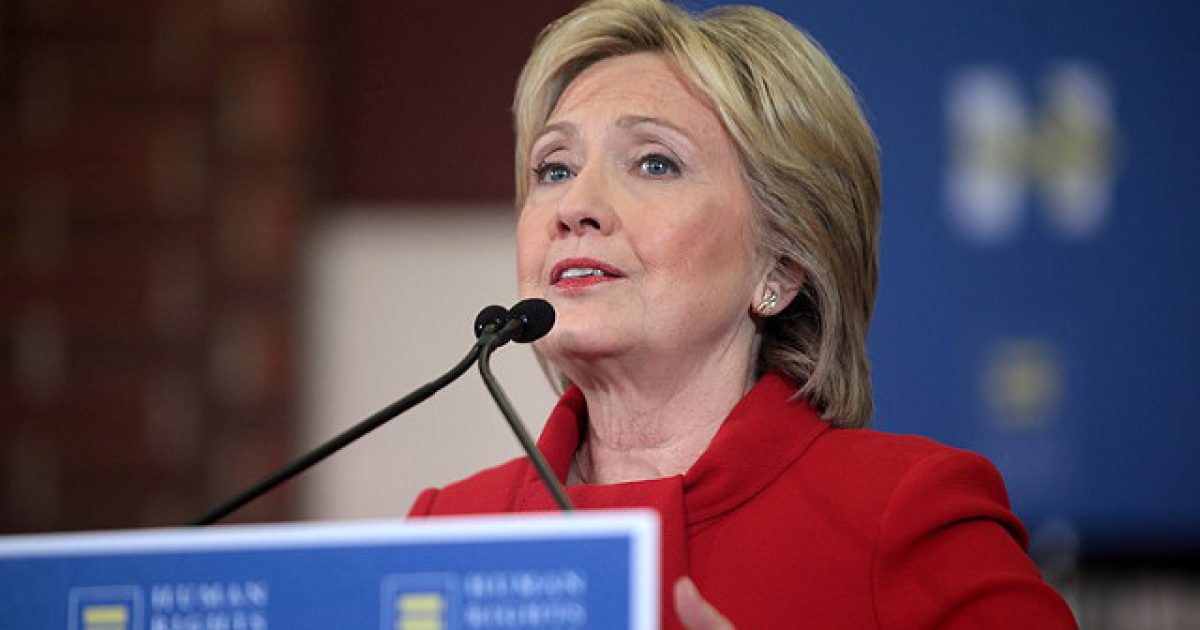 In fact, despite failing several times to make it to the White House and America clearly and soundly rejecting her, a new report says the former secretary of state has not fully “shut the door” on a potential 2020 presidential bid.

Heaven help us all.

CNN reports that Clinton “isn’t ready to give up her Oval Office dreams.”

Although, Zeleny added, he does not believe “that there’s a campaign-in-waiting, or a plan in the works,” or that Clinton is likely to throw her hat into the ring for 2020 unless there’s truly a dearth of qualified Democratic candidates.

That said, according to Zeleny, the rumor is a strong one. “I think we have to at least leave our mind open to the possibility that she is still talking about it. She wants to take on Trump. Could she win a Democratic primary to do it? I don’t know the answer to that.”

The answer to that is likely, “no.” Unlike in the two previous contests Clinton entered, she would be competing against a strong field of Democratic contenders in 2020, each hell-bent on being the Democratic choice to dethrone President Donald Trump. And while the party may still be finding its footing, deciding where on the spectrum from progressive to moderate it wants to be while up against the Republican populist President, one thing is for certain: they’re looking for fresh blood.

There are already several major female contenders for the Democratic nomination, including Sen. Elizabeth Warren and Sen. Kirsten Gillibrand, however, thus far, Clinton has remained hush-hush about any plans to hit the campaign trail again.

Clinton herself has hinted at a potential run on numerous occasions, however, her top advisers keep giving conflicting stories on the matter. At first, these folks completely ruled out a future run. But then in November, several former advisers wrote up an opinion piece all but guaranteeing she would be joining the fray for a third time.

At the point, we’ll just have to wait and see, but it seems unlikely the Democratic Party would want her to run, seeing as she was trounced thoroughly by Donald Trump last time. The vast majority of average Americans rightfully see Clinton as a crook, untrustworthy, and completely out of touch.

If she were to get the nomination, it would likely seal the deal for Trump in 2020.