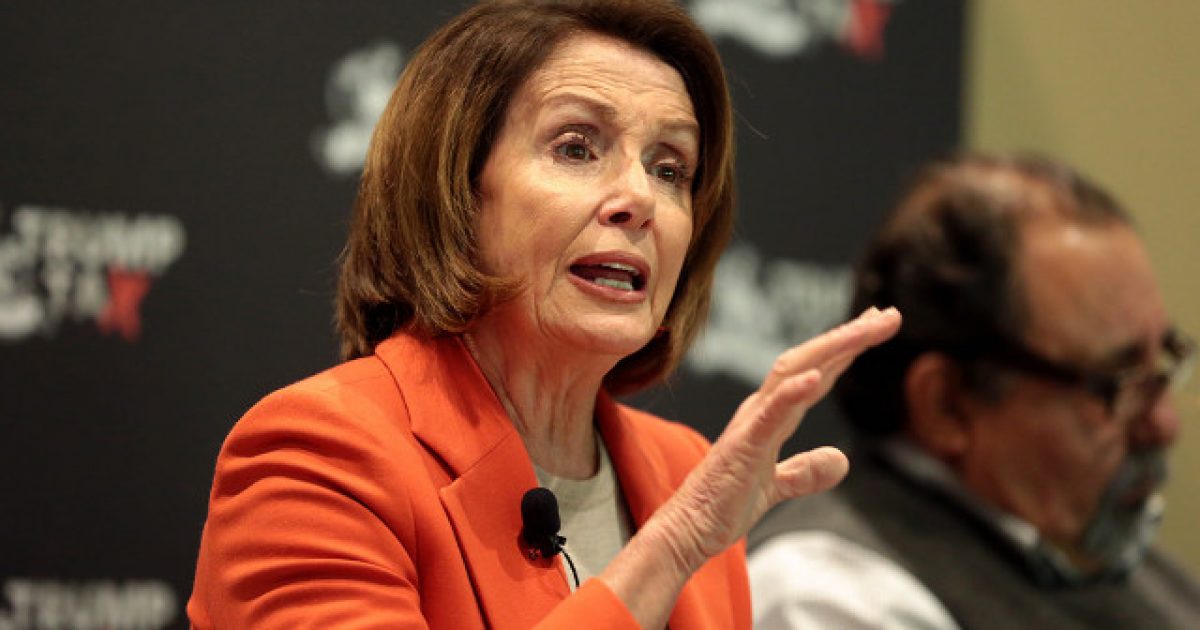 A new poll concerning the fallout of the government shutdown has not been too kind to Speaker of the House Nancy Pelosi, as her approval ratings appear to have taken a catastrophic hit over the ordeal.

The reason this thing lasted so long is because she refused to genuinely come to the table and negotiate with the president. She wanted her way or the highway so to speak, not being willing to provide any funding for a border wall we desperately need.

The NBC/Wall Street Journal found that Pelosi had the worst net approval rating among a list of politicians related to the government shutdown.

More NBC/WSJ poll: Pelosi’s negatives shot up during government shutdown more than any pol // now the most unpopular politician tested in the survey. pic.twitter.com/pSMBFydwx7

“Pelosi’s negatives shot up during government shutdown more than any pol,” Kraushaar noted, “now the most unpopular politician tested in the survey.”

In the except he posted, Pelosi registered positively for 28 percent of those polled, and negatively for 47 percent, for a net approval rating of minus 19 percentage points.

This was the largest negative net rating, including that of Trump, which was minus 12 points, and Senate Majority Leader Mitch McConnell (R-Ky.) at minus 18 points.

Pelosi resisted the president’s demands that the Democrats vote for a budget that would include funding for his promised border wall. Eventually the president relented and the partial government shutdown, the longest in history, ended with an agreement to fund the government for three weeks.

Pelosi’s approval rating wasn’t that great to begin with, as the vast majority of Democrats out there see her as part of the establishment that’s standing in the way of them creating radical change and an adoption of socialism into the fabric of our country.

However, this goes to show that most Americans really are middle of the road types who think practically about the issues of the day. Many recognize our need for better border security and support funding such an endeavor.

One of the few legitimate functions of government is to protect the country’s sovereignty and it’s people from threats foreign and domestic. Part of this duty then is having a secure border.

Now if only Pelosi could understand this.