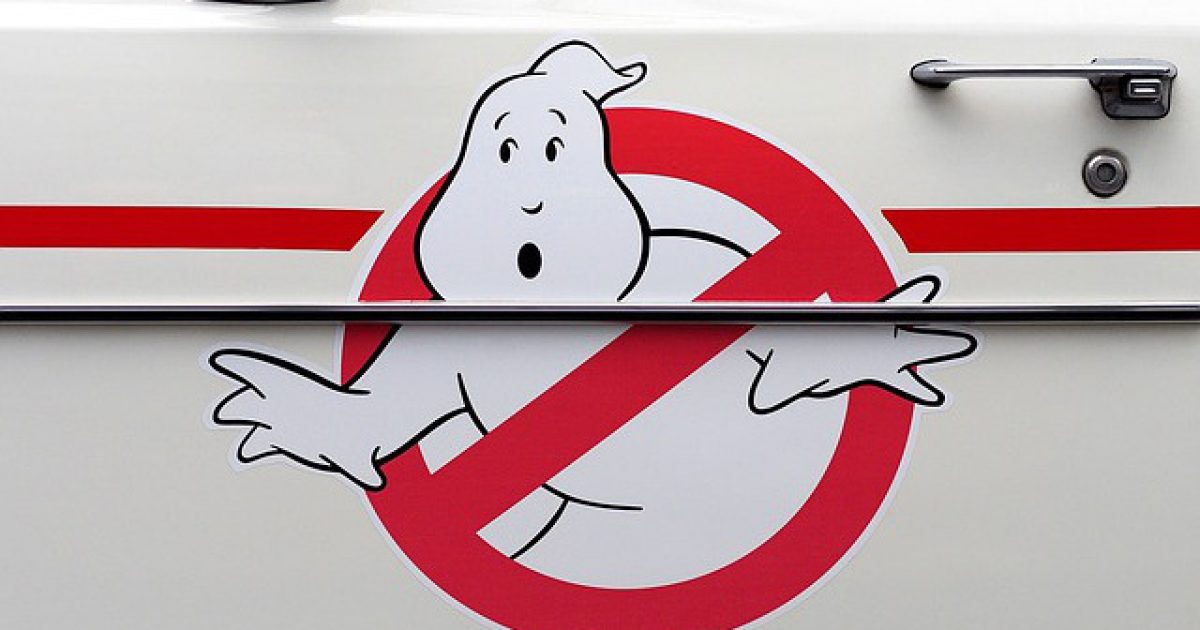 It doesn’t take much to trigger delicate snowflakes on the left, so it’s no surprise that the announcement of a new “Ghostbusters” sequel, one that’s apparently “non-woke” without a deplorable, cheesy feminist premise, is causing all kinds of tantrums from the left.

If you remember, A Ghostbusters reboot was attempted a few years back with an all-female cast, a film with no ties whatsoever to the original series, and it bombed at the box office.

The movie was terrible, preachy, and had no connection to the original. It alienated an entire generation of people who grew up on the first incarnation of the franchise.

Well, now that they’re trying again, this time without that particular feminist agenda and with the movie set in the original universe, a writer for Forbes is boohooing about it claiming the “misogynistic trolls” are winning .

Unsurprisingly, the woke-scolds are deeply offended by the change of plans. Writing over at Forbes, entertainment reporter Scott Mendelson denounced Sony’s decision as placating “misogynistic trolls,” because apparently, incels in their parents’ basement are to blame for the box office failure that was the 2016 feminist reboot.

Starting with the release of its first trailer, the 2016 “Ghostbusters” instantly became a political hot topic when it broke records by becoming the most disliked movie trailer on YouTube (it currently holds 1.1 million downvotes versus just 305 thousand upvotes). While critics, many of whom lean left, appreciated the film, it failed to draw audiences and grossed a tepid $229 million worldwide on a massive production budget of $144 million plus marketing costs.

The new version will be directed by Jason Reitman, son of original “Ghostbusters” director Ivan Reitman, and will most likely feature a reprisal of the principal characters passing the torch off to a new generation. In his piece, “Jason Reitman Is Directing ‘Ghostbusters 3,’ And It’s All Your Fault,” Scott Mendelson characterizes Sony’s choice of Reitman as a glaring example of white male privilege at work:

To say that I have mixed feelings about this is an understatement. On one hand, you’re rewarding a white male director whose last five movies bombed (and of those, only the two starring Charlize Theron and penned by Diablo Cody received positive reviews) the keys to a hugely valuable franchise mostly because he’s the son of the guy who directed those first two Ghostbusters movies. And yes, unintentional or not, you’re essentially rewarding the specific demographics who reacted in the very worst way to the 2016 Ghostbusters reboot with the thing they claimed to want instead of the… horrors… all-female sci-fi comedy.

“The idea of giving the most disrespectful ‘Ghostbusters’ fanboys, like the ones who temporarily drove Leslie Jones off of Twitter, even a little of what they want is (unintentionally?) odious,” he writes.

Sure, the idiots who ran Leslie Jones off Twitter for doing her job are immature and moronic, but the truth of the matter is, they were a small minority of the overall Ghostbusters fanbase.

The vast majority of fans simply hated seeing their beloved franchise taken and turned into a political screed against men and the original storyline trashed without a fitting conclusion. Pretty simple stuff really.

“I hate that this is happening. I hate that the misogynistic Ghostbusters trolls (and if that’s not you, then this isn’t about you) are getting what they want,” he concludes.

Here’s a few more golden gems from liberals crying about the new installment of the series.

I’m totally fine with there being a new Ghostbusters movie set in the original universe – I just hate that the worst people will take credit for “winning” because they were so against the idea of female Ghostbusters. Sigh.

Boy, I can't wait for all the "I'm not sexist, I just hate unnecessary reboots!" people to get frothing-at-the-mouth angry at THIS unnecessary Ghostbusters reboot too.

Boy, I can't wait for all the "I'm not sexist, I just hate unnecessary reboots!" people to get frothing-at-the-mouth angry at THIS unnecessary Ghostbusters reboot too.

What these folks don’t get is the more they hate on it, the more excited the rest of us become for the film and will support it financially when it comes out.