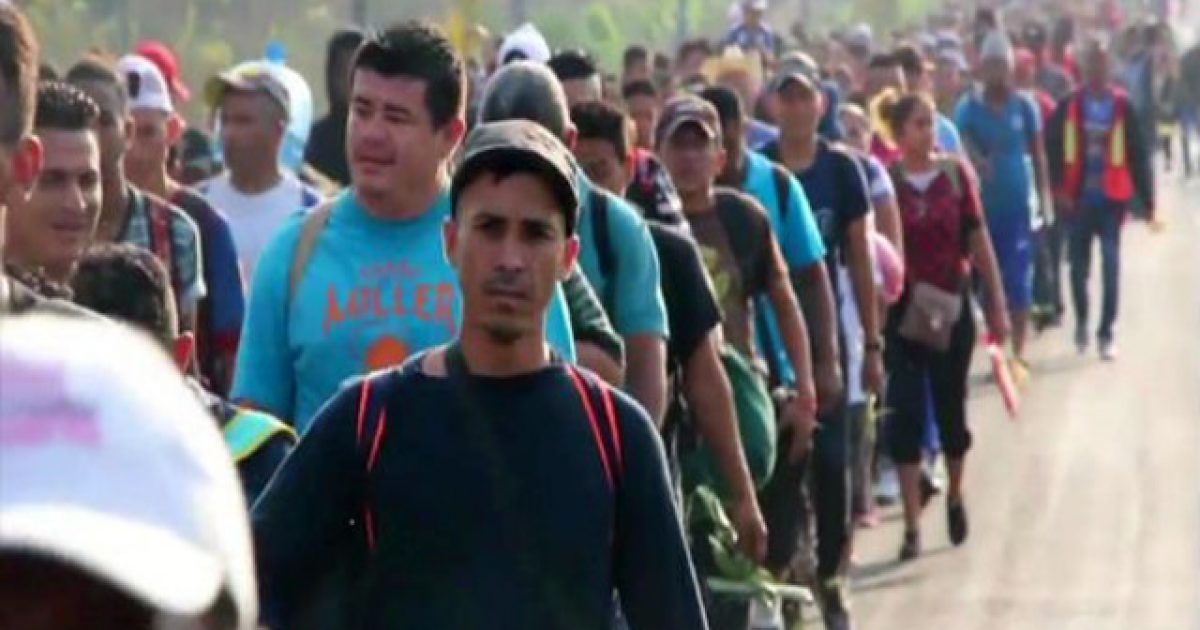 A brand new caravan of 500 migrants left Honduras late Monday evening and began the long, dangerous journey toward the U.S. border, once again proving the absolute necessity of a border wall and strict enforcement of immigration law.

The caravan departed from the city of San Pedro Sula a bit earlier than was originally expected. Originally, chatter on social media indicated that it wouldn’t leave until 5 a.m. on Tuesday, but it seems rainy weather could’ve played a part in their decision to leave early.

The scene was a familiar one: The group had a mix of people that included some mothers carrying their young children on their shoulders. It’s unclear where the group will rest, but past migrants have used the Honduran city of Quimistan, which is 35 miles from the bus stop, as an early checkpoint.

As they walked, some migrants pleaded with local store owners to give them food or water for their journey, according to the Associated Press.

One woman, who refused to give her name because of safety concerns, told the AP that her 9-year-old daughter had already been raped so badly she suffered medical problems.

She said she would ask U.S. authorities for asylum or refugee status, “because it’s not possible to live in Honduras anymore.”

President Trump last week mentioned the new caravan and said, “we’re trying to break it up,” according to The New York Times.

One of the things that is maddening about the folks who join up in these caravans and essentially launch invasions of our country is how little they seem to care for their own country and people.

When we were being oppressed by Great Britain, we fought for our independence. It cost our Founding Fathers a great deal to launch this experiment in freedom and liberty, but look at what we’ve achieved as a result? It seems these individuals have no desire to actually improve things in their own countries.

Or they feel somehow that such an endeavor is impossible. Maybe it is, who knows? That doesn’t change the fact that trying to invade another country and demanding they let you in and give you benefits is immoral and insane.